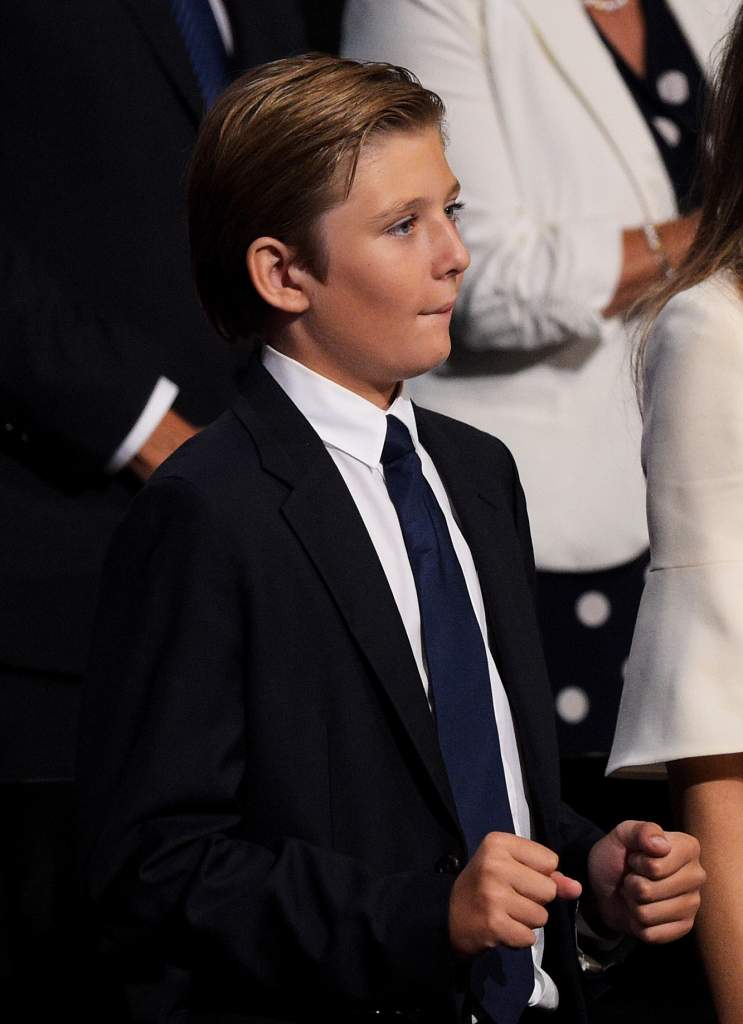 Barron Trump just finished up the school year at Columbia Grammar and Preparatory School located in Manhattan. The First Son has officially moved to Washington, D.C., where he will reside in the White House with his parents, President Donald Trump and First Lady Melania Trump.

In the fall, Barron will be attending St. Andrew’s Episcopal School in Potomac, located about 20 miles from his new home. The First Family made the announcement last month.

“We are very excited for our son to attend St. Andrew’s Episcopal School. The mission of St. Andrew’s is ‘to know and inspire each child in an inclusive community dedicated to exceptional teaching, learning, and service,’ all of which appealed to our family. We look forward to the coming school years at St. Andrew’s,” Mrs. Trump said in a statement.

Here is what you need to know about his former school, Columbia Grammar and Preparatory:

In 2015, Business Insider included Columbia Grammar and Preparatory in its list of the nine most elite prep schools in New York City, alongside The Dalton School, Horace Mann School, and the all-girls Chapin School, where Barron’s half-sister Ivanka Trump went until leaving for boarding school at Connecticut’s esteemed Choate Rosemary Hall. (Half-brothers Donald Jr. and Eric Trump attended The Hill School, a boarding school in Pennsylvania, while half-sister Tiffany Trump went to a private day school outside Los Angeles, where she lived with her mother, actress Marla Maples).

Founded in 1764 as Columbia Grammar School, an all-boys institution affiliated with Columbia University (then known as King’s College), the school became co-ed in 1956 after merging with the nearby Leonard School for Girls. In 1978, the name was officially changed to Columbia Grammar and Preparatory School.

The upper school admissions process requires a tour and interview with student and parents and the completion of a student questionnaire. For pre-kindergarten through first grade, student applicants must participate in a small playgroup while the parents tour the school.

Though Columbia Prep once required applicants entering pre-kindergarten through first-grade to undergo intellectual abilities testing — a common practice in many of New York City’s elite private schools — it no longer does so. Intellectual ability testing at Columbia Prep now begins for incoming second-graders.

Columbia Prep also requires three recommendations, one for math, another for English and a third known as a Candidate Recommendation.

As one relative of a Columbia Grammar and Prep student told Heavy, parents who send their kids there have big bucks.

“A lot of people there have a TON of money,” the relative said. “It’s a different level of money. It’s Wall Street people. It’s CEOs, not doctors.”

The cost of tuition for pre-kindergarten runs $44,120 annually and increases incrementally. The yearly cost of kindergarten through eighth-grade is $46,690 and high school tops out at just more than $47,000 a year.

The school’s tuition costs are in line with the Big Apple’s other elite private institutions.

Need-based financial aid is available as determined by an analysis of the School and Student Service for Financial Aid forms and the family’s most recent federal income tax return with supporting documentation, such as a W-2 form, according to the school’s website. Some 20 percent of the student body receives some form of financial aid from the school’s $6.8 Million financial aid budget.

There’s been widespread conjecture, but neither confirmation or denial from the Trumps, about whether Barron Trump has a disability. If he is on the autism spectrum or has some other learning disability, Columbia Grammar and Prep is one of only a dozen or so of New York City’s elite private schools that accommodates special needs students.

New York Magazine included Columbia Prep in an issue devoted to the subject, writing that “some of the city’s best schools either accept, exclusively, motivated kids with learning and other disabilities, or are ‘LD-friendly,’ offering individualized work with LD students.”

According to the magazine, one in 75 applicants to Columbia Grammar and Prep is accepted in the “LD track.”

On the school’s website, it acknowledges that its academics can be challenging, especially for students who” learn differently,” 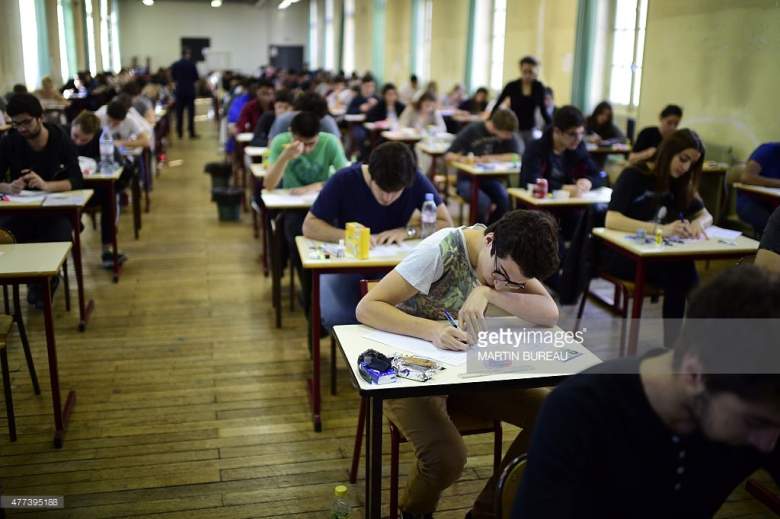 In high school, Columbia Prep student partake in a Prep School Issues Program. They meet in small groups once every six-day cycle.

Part of this curriculum includes the Hallways program, which, according to the program’s website, is beneficial because “life at independent schools in New York City presents challenges found nowhere else. Middle and Upper School students face a highly competitive academic environment and a host of complex social and emotional issues.”

Additionally, according to Hallways, “research shows that the pressures in affluent school communities can cause students to value external indicators of success over their own internal needs and development,” and affluent student communities “may not be emotionally prepared for their next level of schooling, and may also have challenges with managing stress and utilizing healthy coping skills.”

“These messages teach students about what types of people and behaviors are seen as valued within their community, and can have a profound influence on students’ self-esteem, relationships and overall connection to school.  Our work helps students resist the peer pressures associated with these dynamics and supports schools in creating inclusive and empowering environments.”

A course called Freedom from Chemical Dependency is also part of the Prep School Issues program offered at Columbia Prep.

Parents at the school, as well as those who live nearby, have been in a dither since the First Family announced Melania and Barron Trump would remain in New York so the child could complete the school year.

One frantic parent at the school told Vanity Fair that she was “worried about some type of Mexican multi-car street abduction.”

In March, the New York Post reported a scare involving a suspicious vehicle outside the school, requiring the NYPD Bomb Squad be dispatched to investigate.

An older model Chevy pickup with “visible military equipment” inside, and a vehicle identification number that didn’t match its license plate, was spotted parked nearby, according to the Post.

Within an hour the bomb squad determined the truck didn’t pose a security risk.

Vanity Fair obtained an e-mail sent to parents by Columbia Grammar and Prep headmaster Richard Soghoian in which he gave assurances that the school is taking extra precautions to accommodate having the First Lady and First Son among its school family.

“We have already instituted additional measures and added additional staff under the guidance of highly experienced and knowledgeable experts from the Secret Service….After seeing the Secret Service at work this past week, we can assure you that they are not only highly skilled and experienced, but surprisingly discreet as well,” wrote Soghian. “We are confident at this early point that the school can continue to provide full security for our children while still maintaining our typically warm and happy learning environment.”

Secret Service, traffic congestion and overall concerns about security are worrisome to parents, according to the relative who spoke to Heavy.

TMZ reported in January that to mitigate traffic congestion, the NYPD would be working with the Secret Service to block and re-open streets as soon as Barron’s convoy passed. For security purposes, the child’s route to school will be regularly altered.

“It’s really annoying for the parents,” said the Columbia Grammar and Prep relative. “It’s difficult to get to the school with all the Secret Service. It’s a hassle.”

The relative noted that it’s actually more annoying for the nannies than the parents since it’s the nannies who typically handle getting the children to and from school. 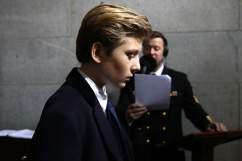 Loading more stories
wpDiscuz
13
0
Would love your thoughts, please comment.x
()
x
| Reply
Eleven-year-old Barron Trump, President Donald Trump's youngest son, attends an elite private school in Manhattan that is one of only about a dozen that accommodates children with disabilities.