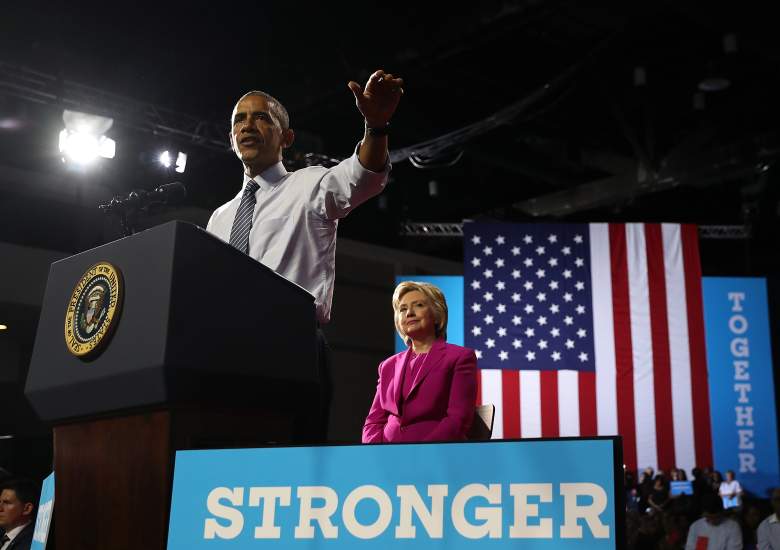 President Barack Obama and Hillary Clinton at a rally in Charlotte. (Getty)

The 2016 Democratic National Convention will be held at the Wells Fargo Center in Philadelphia from July 25 to July 28. The event is expected to end with a woman becoming a major party’s nominee for the first time in American history after Hillary Clinton won the most delegates during the primary season. The Democratic Party released the schedule for the event.

This year’s convention is the earliest since the 2004 Boston convention, which was also held in July. The 2012 convention in Charlotte was held in September, while the 2008 Denver convention was held in August. Every convention has a permanent chairperson, a position filled by former Los Angeles Mayor Antonio Villaraigosa in 2012 and Nancy Pelosi in 2008.

The party will also agree on a platform, which is usually an easy process. It won’t be like that this time, since Clinton’s rival for the nomination, Bernie Sanders, plans to play a major role in shaping the party’s future. He even requested to hold a rally on the eve of the convention, although that request was denied. The draft for the Democratic platform can be found here. There will still be some added tension at the DNC after WikiLeaks released Democratic National Committee emails that showed the DNC was favoring Clinton over Sanders during the primary process.

Here’s the headliners for the DNC. You can see the full day-by-day schedule here.

Also, The New York Times reports that former New York Mayor and media mogul Michael Bloomberg will endorse Hillary Clinton with a speech on Wednesday during the convention Wednesday night.

Here’s the list of other speakers, via the DNC site. 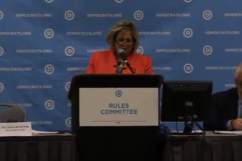