A 26-year-old former National Guard soldier from Virginia who was considering a “Fort Hood-style” attack on a military base has been accused of attempting to provide assistance to ISIS, federal prosecutors say.

Mohamed Bailor Jalloh, a naturalized U.S. citizen from Sierra Leone, was arrested on July 3 after purchasing a “Stag Arms assault rifle” from a gun dealer in Virginia, the U.S. Attorney’s for the Eastern District of Virginia says in a press release.

Jalloh, of Sterling, Virginia, told an FBI informant he often thought about conducting an attack and referenced the November 2009 mass shooting at Fort Hood in Texas. Nidal Hassan, then a U.S. Army Medical Corps psychiatrist, killed 13 people and injured more than 30 others in the attack. He was convicted by a jury during a court martial and sentenced to death.

The FBI says Jalloh told an informant he was interested in doing “Nidal Hassan type of things. That’s the kind of stuff I started thinking you know. … I just want to live a good Muslim life and die as a (martyr).”

Here’s what you need to know about Jalloh:

Undercover FBI agents watched Mohamed Jalloh test fire and then purchase a “Stag Arms assault rifle” on July 2 in northern Virginia, according to the press release from the U.S. Attorney’s Office.

“Unbeknownst to Jalloh, the rifle was rendered inoperable before he left the dealership with the weapon,” prosecutors said. The weapon was further described in court documents as a Stag Arms SA1 5.56 caliber rifle.

Jalloh had talked to an FBI informant about his knowledge of shooting guns, according to the affidavit filed in the case by the FBI. He made several unsuccessful attempts to purchase guns in June 2016 in North Carolina, according to court documents. He owned a legally purchased Glock 19 9mm handgun, the FBI says. He also told an informant he has a family member who has access to AR-15s and AK-47s, the FBI says.

Jalloh tried to buy a Bushmaster AR-15 at a Virginia gun dealership on July 1, but was unable to purchase it because he didn’t have the proper identification with him, the FBI says.

He also praised Nidal Hassan, the Fort Hood attacker, and Mohammod Youssuf Abdulazeez, who killed five military members in a July 2015 attack on a military training facility in Chattanooga, Tennessee.

He called Abdulazeez, a “very good man,” the FBI says.

Jalloh was arrested on July 3 and the FBI seized the inoperable rifle, prosecutors say. He appeared in court for the first time on July 5 in Alexandria.

During discussions about a possible attack, Jalloh told the informant that it was better to plan an operation for the month of Ramadan, which ends July 5. The Islamic State’s leaders have called for attacks around the world in ISIS’ name during Ramadan.

On June 6, he posted on Facebook, “The blessed Month is here make it count!! ✌?️”

According to court documents he said attacks carried out by ISIS supporters are “100 percent the right thing,” saying, “sometimes you just have to take action…you can’t be thinking too much…you have to pick a action and take it cuzt ime is not on your side…Since Khilafa (the Islamic caliphate) was announced, what June, 2014? It’s nearly two years now…time flies. Before you know it’s three, four, five years, and you’re still stuck in dunya (the earthly world), or in dar ul kufar (the land goverened by non-believers)…find yourself … one the sidelines still, which is the problem.”

2. He Is Accused of Sending Money to an Undercover FBI Agent He Thought Was an ISIS Fighter

Jalloh was in contact with a now-dead ISIS fighter he met online, according to the press release from the U.S. Attorney’s Office. The ISIS member, who is not named in court documents, put him in touch with the FBI informant, without knowing that he was really a government source, according to court documents.

The informant and Jalloh first met in March 2016, FBI Special Agent Nicholas Caslen said in his affidavit in support of the criminal complaint against Jalloh.

In May 2016, Jalloh asked the informant to help him make a donation to ISIS.

“Ultimately, Jalloh provided a prepaid cash transfer of $500 to a contact of the CHS that Jalloh believed was a member of ISIL, but who was in fact an undercover FBI employee,” prosecutors said.

Caslen said in his affidavit that the unnamed ISIS fighter, who lived overseas, was “actively plotting an attack in the United States,” which he believed would be carried out with the help of Jalloh and the FBI informant.

3. He Told an FBI Informant He Left the National Guard After Listening to Online Lectures by Anwar al-Aulaqi

Jalloh was a former member of the Virginia Army National Guard, prosecutors say.

He told an FBI informant he quit the National Guard after listening to online lectures by Anwar al-Aulaqi, a now-dead leader of the Al-Qaeda in the Arabian Peninsula. He told the informant he has been a Muslim his entire life, according to court documents.

It is not clear when Jalloh joined the National Guard and when he left.

Jalloh told the FBI informant he was first introduced to Aulaqi’s lectures after hearing him referred to in the news media as a “hate preacher,” according to court documents.

“This prompted Jalloh to research Aulaqi online where he discovered Aulaqi’s lectures,” FBI Special Agent Nicholas Caslen wrote in his affidavit. “Jalloh explained that Aulaqi said it was a duty of every able Muslim to resist the American presence and activity in Iraq and Afghanistan.”

Jalloh traveled to Africa in June 2015, visiting his native country of Sierra Leone, before returning to the United States in January 2016, according to court documents.

He also visited Nigeria, where he said he met ISIS members, according to prosecutors.

Jalloh told the informant the ISIS members he met in Nigeria were “really good brothers,” according to court documents. He said he began talking to the now-dead ISIS fighter online during his trip to Nigeria, and wanted to join ISIS in Libya, the FBI says.

5. He Faces Up to 20 Years in Prison if Convicted

Jalloh’s sister, Fatmatu Jalloh, told the Associated Press she hadn’t seen the charge against her brother, but denied that he would be helping ISIS.

Jalloh was charged with attempting to provide material support and resources to ISIS, a designated federal terrorist organization, prosecutors say. He faces up to 20 years in prison if found guilty.

Jalloh claims on his Facebook page to work at Amazon.com, but was actually a contractor not hired directly by the company. 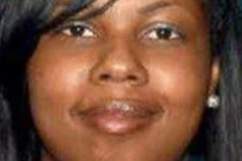