Dallas Police Officer Patrick Zamarippa, one of the police officers slain in Dallas, was an Iraq war veteran with a young family who passionately expressed love for his country in writings.

It has been a devastating night. We are sad to report a fifth officer has died.

The first officer identified was Brent Thompson, 43, of the Dallas Area Rapid Transit system (DART). As with Zamarripa, he had served his country in conflicts overseas; Thompson helped train Iraqi and Afghan police officers.

Relatives posted pictures of Zamarripa on Twitter and Facebook early Friday morning, and tributes flooded in from family and friends. “No father should have to bury his son,” one relative wrote on Twitter with this picture of Zamarripa and his dad. (See a photo gallery of Patrick Zamarripa here.)

1. He Survived Serving Three Tours in Iraq & Presented the Flag at His Grandfather’s Funeral

Zamarripa with his father, Rick. Rick Zamarripa posted a sad and poignant status on Facebook alerting relatives that he’d been called to the hospital. He informed them that his son had been killed. (Facebook)

Zamarripa was a veteran who served three tours in Iraq, The Washington Post says. “He comes to the United States to protect people here,” his father, Rick Zamarripa, said to The Post. “And they take his life.”

Patrick Zamarripa was in the Navy and served as a military police officer in Iraq, his father said. The Los Angeles Times reported that Zamarripa served with the Navy’s 5th Fleet in Manama, Bahrain, and joined the military a month before Sept. 11, 2001.

Zamarripa entered the Navy soon after graduating from Forth Worth High School, and served eight years on active duty as well as time in the reserves, said CBS8. A Dallas Morning News reporter talked to Zamarripa in 2004, as he was helping guard an offshore oil platform to help rebuild the Iraqi economy.

“We’re protecting the backbone of Iraq,” Zamarripa told the newspaper, CBS8 said. “A terrorist attack here would send the country down the drain.”

Officer Zamarripa during his military years. (Go Fund Me site set up to help his family).

Alex Witt served with Zamarripa in Iraq and remained close friends. Asked for his best memories of Zamarripa, he said in an interview with Heavy: “Morning runs in VA on DET 21, bears vs boys and Cubs and Rangers chatter. Long nights on oil platforms in Iraq…whenever I travel for business to Dallas Pat would scoop me up in the squad and make sure I was taken care of.”

Asked to describe Zamarripa, Witt said: “Never a time where he was in a bad mood. While he took his job seriously, he always found time to make people laugh. Whether it was telling jokes or sending late nights guy texts to me about the Bears sucking, he always knew how to push my buttons. He was family to anyone who met him.”

Witt has started a Go Fund Me site to help Zamarripa’s family.

One family friend wrote on Facebook, “One of the officers who lost his life last night was the grandson of my dear friend… he was the young man that presented the flag at his grandfather’s funeral; his name was Patrick Zamarripa. May God bless his family and comfort them, and I pray for all the other officers family in these difficult time.”

2. Relatives Said He Was a ‘Family Man’ & His Longtime Partner Was at a Baseball Game When the Shooting Happened

Relatives talked about Zamarripa’s love for his family, and on social media, his photos tended to reflect the fact that family dominated his life; they show him with his young family, often holding a child or with his longtime partner, whom his father identified to the Washington Post as Kristy Villasenor.

Kristy was at a Texas Rangers game with the couple’s 2-year-old daughter when the shooting occurred and had even tagged Patrick in a photo. The couple shared a love of sports. Zamarripa was also helping raise Kristy’s son, Dylan, said The New York Daily News. 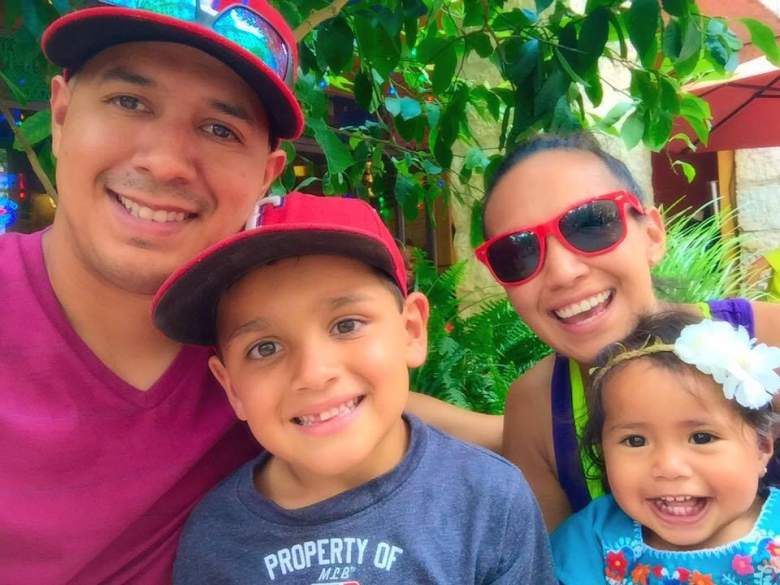 Another relative, a cousin, wrote: “It saddens me to hear about my cousin Patrick. He was killed in Dallas last night in the line of duty, no words can express the ignorance of today’s society. My thoughts and prayers are with his wife, and kids he leaves behind. Until Valhalla #bluelivesmatter.”

Patrick’s father said his son’s little girl, Lyncoln, “cried out for him Thursday night, according to The Los Angeles Times. Witt recalled, “When his daughter was born he said, ‘I’m screwed aren’t I?’ I said ‘Yep, completely but you’ll never love anything more.’ He told me he was completely in love.”

Added Witt: “He LOVED his country and would do anything for citizens in it. He loved his friends and family. He loved his military brothers. He loved the Rangers and Cowboys (would love to get this out those sports organizations so they could put his name in the lights as well as his wife and children). Most of all, he loved his wife and kids. We would text regularly and he would always fit in something about Kristy and the kids. This will be tough to get over but I can promise you that those children will grow up with the biggest family on the planet because we will always remind them how amazing their father was.”

3. Zamarripa Frequently Spoke of His Love of Country on Social Media & Loved Policing

Beating the heat, getting ready for this #TrumpRally in #Dallas . Let's do it! #DPD #ResponseTeam pic.twitter.com/WqjhyYzJqp

On his Twitter page, Zamarripa wrote: “Addicted to the thrill of this job. I own the night. I love my Country, Texas, Family, God, Friends, and Sports! Don’t Tread on Me! ‘Merica.”

His friend, Witt, said, Zamarripa was proud of being a cop. “Had his badge everywhere and always spoke of his new brothers on Dallas PD. He loved going out nightly and being the hero to help someone. He wanted to be there for someone when they needed him most,” Witt said.

Zamarripa posted memes relating to law enforcement. For example, he posted a picture of an American flag with a blue stripe representing support for law enforcement (interestingly, Thompson had posted a similar picture of the flag).

Many of his posts reflected a passion for service and belief that police and military personnel protect our freedoms.

Zamarripa posted about his love for America again on Independence Day.

Happy Birthday to the greatest country on the face of this planet. My beloved America!

Zamarripa wasn’t the kind of person to dwell on the dangers of the job, said his friend. “He spoke of the dangers often but it was business as usual. Tough as nails and always seemed to put a positive spin on everything. No matter how bad the situation, he wanted to finish by saying how he wanted to make a difference,” Witt said. “He just loved to help people. It’s cliche but all the way back to Iraq, he was always running into danger instead of away from it.”

4. He Was a Bike Officer For Dallas PD & Texted His Dad the Night of the Shooting

Zamarripa’s father told The Washington Post that his son recently became a bicycle officer who worked in the downtown area, a position he liked. The night of the shooting, Rick Zamarripa heard the news on TV and texted his son to see if he was OK.

“Yes, dad. I’ll call you back,” Patrick responded, as the father recounted to The Post. However, Rick never heard from his son again. Rick wasn’t the only one frantically trying to reach Patrick. His stepmother, Maria Zamarripa, also tried texting him as she watched the news unfold on TV, she told The New York Daily News.

“Can u please let us know if you are OK?” she texted. No answer.

As news of Zamarripa’s death spread, those who knew him started to post tributes. Even some of his classmates going all the way back to middle school expressed their disbelief and sorrow. Patrick, raised in Saginaw, was the oldest of three children, The New York Daily News said.

All lives matter. Not just one group of people. No one should be allowed to break the law. Nothing justifies murder. Get it together people.

5. He was Taken to Parkland Hospital & His Parents Were Called 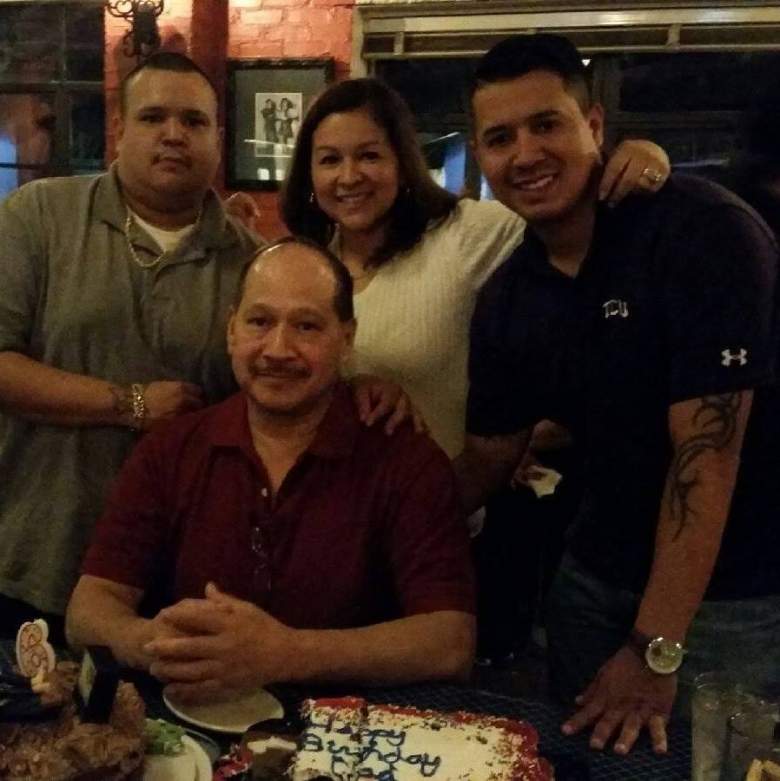 Relatives posted that they were following the news of the shooting and did not realize Patrick had been killed or injured until his parents received a call to come to the hospital. According to the Sun, Rick Zamarripa confirmed his son’s death, writing on his Facebook page:

“Most of you already know this by now today in Dallas, my son is a police officer in Dallas. He was working there the rally in downtown where my son was shot and killed by a sniper along with four other police officers maybe more at this moment. I’m still at the hospital here in Parkland Hospital to see him be moved to the medical examiner’s office – need prayers to get through this.”

Everyone say a prayer for my stepbrother, Patrick, and his family. He was one of the young Dallas police officers killed this evening.

Keep my stepbrother in your prayers. He's a Dallas cop and was at the rally. Parkland hospital called my parents to go to the hospital.

The family told The New York Daily News that Zamarripa died at 9:17 p.m. “Patrick’s the kind of guy that would bend over backward to help,” a distraught Rick told The Daily News of his son. “If he has $1 and you needed it, he’d give it to you. He’s the type of person that would do without so you can have.” 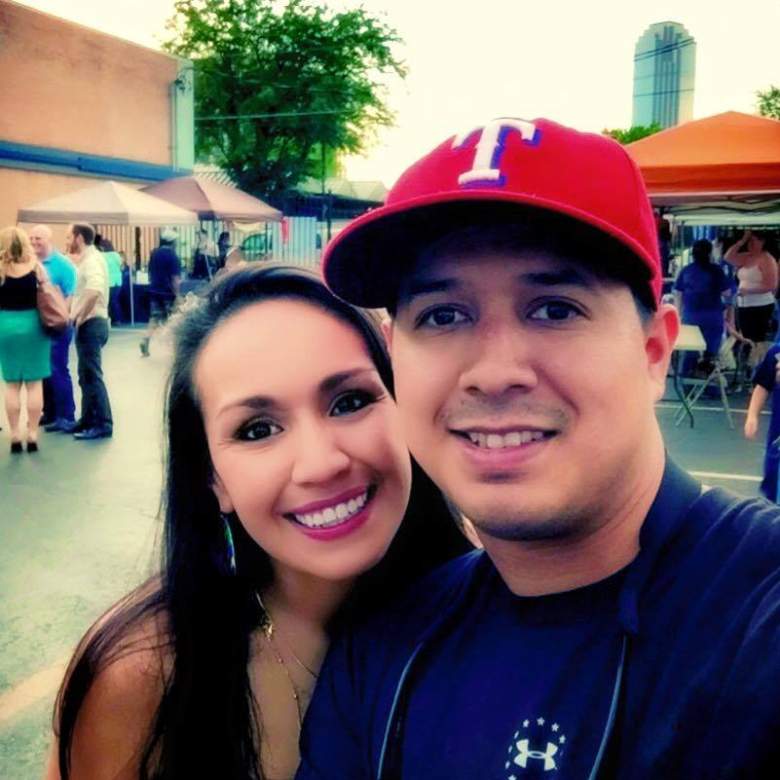 The motive of the suspect who ambushed Patrick and the officers? He wanted to kill white people and was upset about recent police shootings in other cities. That’s what Dallas Police Chief David Brown said in a live news conference on Friday morning.

The chief said that police killed the suspect using a robot-controlled detonation to end a standoff in a garage. Before he died, Brown said, the suspect told negotiators that he wanted to kill white people, that he was angry about Black Lives Matter, and that he was specifically targeting white officers. The Telegraph points out that Zamarripa has the Puerto Rican flag in one of his pictures. The New York Daily News said he was Mexican-American.