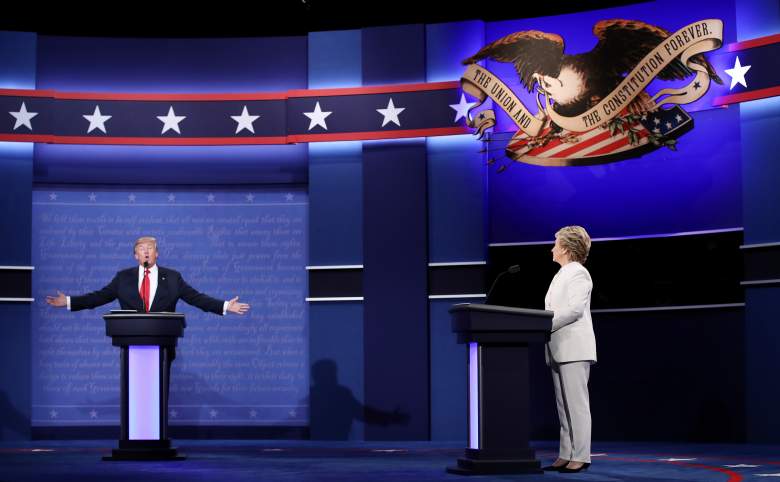 Hillary Clinton and Donald Trump faced off in the third and final presidential debate Wednesday night.

The debate was the last opportunity for Trump to persuade voters after a rough October. Heading into the debate, the latest polls showed the GOP nominee with an extremely narrow path to victory. According to the RealClearPolitics average of recent polls, Clinton leads Trump by 6.5 percentage points. Wednesday’s debate was pegged a must-win for Trump, whose campaign has been reeling in recent weeks, however scientific polls show Clinton came out on top.

Among the scientific polls evaluating who won the debate, it marks the third win for the Democratic nominee– with the numbers following each debate fairly similar.

According to a CNN / ORC poll of debate watchers immediately following Wednesday’s debate, Clinton won the debate. The results showed 52 percent said Clinton won, as opposed to 39% for Trump. That’s a tighter margin than in the first two debates.

The CNN / ORC poll following the prior two presidential debates showed victories for Clinton as well, giving the former secretary state a clean sweep across all three of the debates. 62 percent of debate watchers saying she won the second debate, and 57 percent saying she won the first debate.

YouGov’s post-debate poll, also shows Clinton winning the third presidential debate. According to their poll, which interviewed 1503 registered voters who watched the debate, Clinton won the debate against Trump by 49 percent to 39 percent. 12 percent said it was a tie.

Over the past three weeks, Clinton’s chances to win the presidency have increased across all election forecasts.

Before the first presidential debate, there was a major deviation between some of the polls-based forecasts and market-based forecasts. However, the gap among the different election forecasts is steadily closing with Clinton near or even above 90 percent in most projections.

Since the first debate, Clinton’s odds of winning the election at Predictwise, which aggregates data from betting markets have increased from 69 percent to 91 percent.

FiveThirtyEight’s “Nowcast,” which attempts to convey what might happen if the election were today, also shows Clinton having a substantial lead. Their latest forecast, which was updated after Wednesday’s debate, shows Clinton has an 87.7 percent of winning. 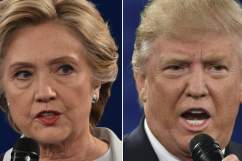 Read More
2016 Presidential Election, Donald Trump, Hillary Clinton, Politics
Follow Heavy ↓
wpDiscuz
34
0
Would love your thoughts, please comment.x
()
x
| Reply
Hillary Clinton and Donald Trump faced off Wednesday night in the final debate they will hold before Election Day. Here is a look at who won the debate, according to scientific polls.