The term “Alt Right” has been under increasing scrutiny since Donald Trump was named president-elect.

What is the Alt Right? The term is shortened from “alternative right,” and it’s associated with white nationalism, leading to a growing chorus of concern because Trump’s new White House strategist, Steve Bannon, is a well-known Alt Right-affiliated Internet provocateur.

The term has been defined as “a loosely organized group that espouses white nationalism” and “emerged as a counterpoint to mainstream conservatism.” Alt Righters – often young white male intellectuals who are wired into social media – have repackaged white supremacy into what they label a white identity movement. Considered racist by those who monitor hate groups, Alt Righters rail against traditional Republicanism, express support for Trump, and trash multiculturalism, political correctness, and globalism.

The Anti Defamation League says the Alt Right pits itself against “establishment” conservatism, writing, “People who identify with the Alt Right regard mainstream or traditional conservatives as weak and impotent, largely because they do not sufficiently support racism and anti-Semitism. ”

1. The Alt Right Is Associated With Anti-Semitism, Masculinity, Opposition to Multiculturalism & White Nationalism

On Monday, Donald Trump announced that Steve Bannon had been appointed as a senior adviser. Bannon is the former head of Breitbart News, a far-right website known for racist and anti-Semitic articles. His hiring was praised by white nationalists, denounced by Democrats, and met with silence from Republican lawmakers. (Getty)

The Los Angeles Times defines the Alt Right as “a far-right ideology that promotes what many consider to be white nationalism, racism, anti-Semitism, homophobia, transphobia and misogyny.”

The Southern Poverty Law Center says the Alt Right blends many ideologies: “At the heart of the Alt-Right is a break with establishment conservatism that favors experimentation with the ideas of the French New Right; libertarian thought as exemplified by former U.S. Rep. Ron Paul (R-Texas); anarcho-capitalism, which advocates individual sovereignty and open markets in place of an organized state; Catholic traditionalism, which seeks a return to Roman Catholicism before the liberalizing reforms of the Second Vatican Council; and other ideologies.”

The Anti-Defamation League defines the Alt Right as “a range of people on the extreme right who reject mainstream conservatism in favor of forms of conservatism that embrace implicit or explicit racism or white supremacy.”

Some in the Alt Right are white nationalists who “want to preserve the white majority in the U.S., claiming that whites losing their majority status is equivalent to ‘white genocide,'” says the Anti-Defamation League.

According to the Anti Defamation League, “a number of Alt Righters are also blatantly anti-Semitic and blame Jews for allegedly promoting anti-white policies such as immigration and diversity.”

2. The Alt Right Grew Out of the Internet Culture

and that concludes our intensive three-week course pic.twitter.com/cCJp8sav7a

Breitbart, the website affiliated with Alt Right views formerly run by Donald Trump’s White House strategist Steve Bannon, has a page explaining the alt right from its perspective. Alt Righters deny they are racist. “The alt-right is a movement born out of the youthful, subversive, underground edges of the internet. 4chan and 8chan are hubs of alt-right activity,” wrote Breitbart.

However, even the article acknowledges that a group known as the “1488” exist within the Alt Right circles, saying it’s a “reference to two well-known Neo Nazi slogans,” adding that others in the Alt Right movement don’t like this group. The article continues, “The current consensus offers, at best, mild condemnation of identity politics on the Left, and zero tolerance for identity politics on the right.”

Because of its origins in Internet culture, memes are important in Alt Right circles.

The Alt Right’s numbers are not known, but some Alt Righters on Twitter have used the medium to harass people of Jewish descent, said CBS.

3. Some Groups Classify the Alt Right as a Loosely Organized Hate Group & The Alt Right Has Its Own Code Words 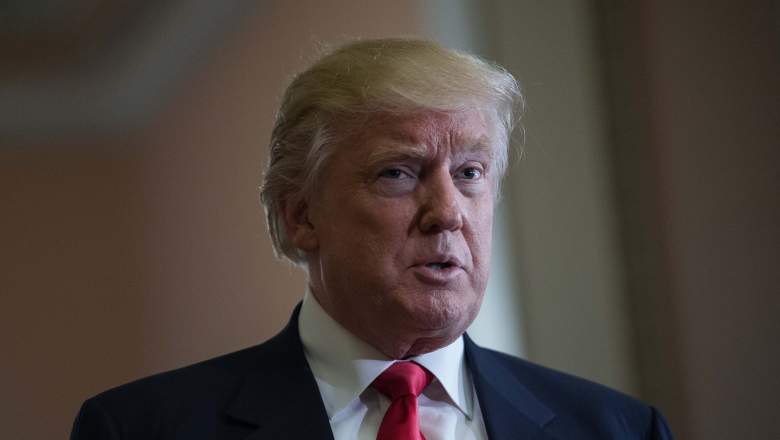 US President-elect Donald Trump has supporters among the Alt Right. (Getty)

The Southern Poverty Law Center describes the Alt Right as “a set of far-right ideologies, groups and individuals whose core belief is that ‘white identity’ is under attack by multicultural forces using ‘political correctness’ and ‘social justice’ to undermine white people and ‘their’ civilization.”

The SPLC says the Alt Right is “characterized by heavy use of social media and online memes, Alt-Righters eschew ‘establishment’ conservatism, skew young, and embrace white ethno-nationalism as a fundamental value.”

Alt Righters are known for using euphemisms or code words to make the accusations of racism tougher.

The Anti-Defamation League says the Alt Right likes “to try to use terms such as ‘culture’ as substitutes for more lightning rod terms such as ‘race,’ or promote ‘Western Civilization’ as a code word for white culture or identity.”

Alt Right circles have popularized their own vocabulary. For example, they use the word “cuckservative,” to refer to, in their minds, cuckolded conservatives who “pro­mote the inter­ests of Jews and non-whites over those of whites.”

The Alt Right split with mainstream Republicanism starting with President George W. Bush’s invasion of Iraq, and they are also “suspicious of free markets” because they are most concerned with “cultural preservation and homogeneity,” NPR said.

Trump earned controversy when he retweeted a Star of David, which originated on Alt Right websites.

The Los Angeles Times says former Breitbart CEO Steve Bannon was quoted as saying he turned the website into “go-to platform of the alt-right.” Trump has elevated Bannon to a key position as White House strategist. According to Mother Jones, Bannon said of Breitbart in July, “We’re the platform for the alt-right.” The Bannon appointment has been hotly criticized as bringing racism into the White House.

The Alt Right has embraced Trump’s candidacy, and Hillary Clinton attempted to connect Trump to the Alt Right movement during the campaign. Glenn Beck called the movement “terrifying” and said Bannon gave a voice to it at Breitbart. Those who once worked at Breitbart said its founder had despised racism, but Bannon moved the site more toward the Alt Right after taking it over, said Mother Jones.

Richard Spencer, the founder of the Alt Right name, applauded Trump’s election, telling The Dallas Morning News that his election “is the first step, the first stage towards identity politics for white people.” The newspaper said Alt Right members regard Trump as an “alt-right hero.” 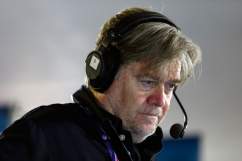 Twitter, after announcing it was cracking down on hate speech, banned several Alt Right figures from its site. Among them: Spencer, “who runs an alt-right think tank” and “has said he wants blacks, Asians, Hispanics and Jews removed from the U.S.,” according to USA Today. Spencer posted a YouTube response, criticizing the move as “corporate Stalinism.”

Spencer told the Dallas Morning News that he sees himself as an “identitarian” or “white nationalist” but doesn’t consider himself a “white supremacist.” The newspaper stated, “He envisions a white ethno-state utopia, devoid of black people, Muslims, Jews, Asians or anyone else without a common European heritage and culture.”

According to SPLC, Spencer created the term Alt Right in 2008 “to describe a loose set of far-right ideals centered on ‘white identity’ and the preservation of ‘Western civilization.'” NPR said others suspended include “Pax Dickinson, former chief technology officer of Business Insider, and Ricky Vaughn.”

The National Policy Institute’s website describes it as “an independent organization dedicated to the heritage, identity, and future of people of European descent in the United States, and around the world.”

The NPI website says, “The term ‘Alt Right’ burst onto the political scene in 2015 with the campaign of Donald Trump. This past summer, it became the subject of a major speech by Hillary Clinton. The Alt Right has been praised as ‘fearsomely intelligent’ and ‘represent[ing] the first new philosophical competitor to liberalism, broadly defined, since the fall of Communism.'” The site claims the Alt Right “has also been the victim of attacks, misinformation, and even outright censorship by putative defenders of ‘free speech.’”

Loading more stories
wpDiscuz
17
0
Would love your thoughts, please comment.x
()
x
| Reply
The "Alt Right" or Alternative Right white nationalist movement has gained more attention and criticism with the election of Donald Trump and his naming of Steve Bannon as a top strategist.