Trump’s lawyers are asking for the early vote ballots to not be “co-mingled or interspersed” with other ballots, according to CNN.

“The Registrar’s violations were not random and neutral in their effect, but very much appear to be intentionally coordinated with Democratic activists in order to skew the vote unlawfully in favor of Democratic candidates,” Trump’s lawyers said in the lawsuit.

The lawsuit was filed in state court against Clark County Registrar of Voters Joe Gloria, a Republican.

The requests made by Trump’s lawyers were denied by Judge Gloria Sturman during a hearing Tuesday morning.

You can read the 100-page lawsuit below:

At issue in the lawsuit was early voting in Clark County. Trump claimed the GOP registrar, Joe Gloria, allowed voters to cast ballots illegally on Friday, November 4, the last day of early voting. Trump says voting hours were wrongly extended in four precincts that lean Democrat and have high populations of Hispanic voters.

Dan Kulin, a spokesman for Clark County, told CNN that no early voting stations in the county extended their closing times, but they did process voters who were in line already when the polls closed, which is allowed by state law. Trump’s campaign is arguing that new voters were allowed to join the line after 7 p.m.

Nevada law states that if voters are "waiting to vote" in line when polls close, "voting must continue" until they vote. (293.305).

Gloria told the Las Vegas Review-Journal, “Nothing we did on Friday night was out of the ordinary.”

“I would be doing a disservice to them if I didn’t allow them to vote during the early voting period. The whole point (of early voting) is to allow more access to voters,” Gloria told the newspaper on Monday. “If they’re in line after the closing time, we process their vote.”

Trump and his supporters first raised the issue on Saturday during a rally in Reno, Nevada.

Before Trump spoke at that rally, Michael McDonald, the state chairman of the Republican party, said voting hours were extended for a “certain group” of people.

“Last night in Clark County they kept a poll open until 10 o’clock at night so a certain group could vote. It wasn’t in an area that normally has high transition,” he said, ABC News reports. ”

“The polls are supposed to close at 7. This was kept open until 10. Yeah, you feel free right now? You think this is a free and easy election? That’s why it’s important,” McDonald said, according to the Las Vegas Review-Journal.

The lawsuit could help Trump’s campaign setup a further legal challenge down the road, according to Robert Lang, of the University of Nevada-Las Vegas.

Read about it in Spanish at Ahoramismo.com: 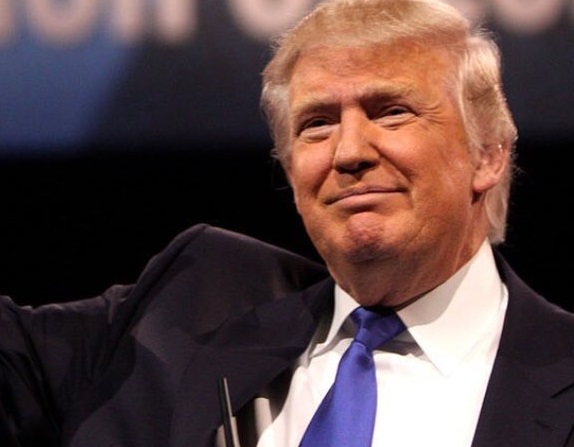 “From the polling, it appears that Nevada is so close that the Trump campaign thinks it’s worth challenging any violation in voting protocol. The numbers that came in could represent several thousand people across the four precincts, which could determine who wins the electoral college vote or change the Senate race,” Lang told CNN.

He said Trump is “smart to put a marker down for a future challenge, considering what happened in 2000 in Florida.”