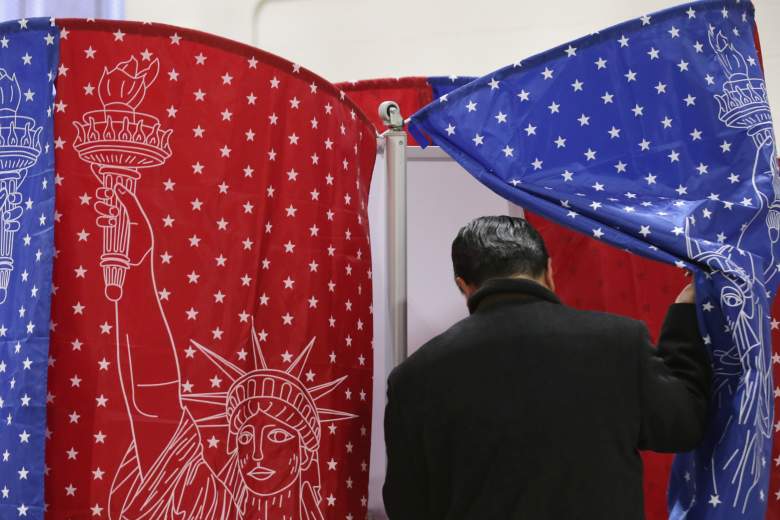 New Hampshire voters will head to the polls on November 8 to select a new president. Voters will also vote for a new governor, and a new Senator and Representatives to represent the state in Washington.

POLLING HOURS & LOCATIONS: The polls open in New Hampshire at 7 a.m. ET and close at 7 p.m. ET. If you are in line before 7 p.m. ET, you are still allowed to vote. To check to see if you are registered to vote and where your polling place is, click here to visit the voter registration lookup tool at the New Hampshire Secretary of State’s website.

REGISTRATION GUIDELINES: New Hampshire does offer same-day voter registration. If you are not registered to vote and are eligible to do so, you can register on November 8. You must register to vote at the town or city clerk’s office in the town or city where you live. click here to lookup the address of your city or town clerk’s office. If you are unsure if you are already registered, click here to visit the voter registration lookup tool at the New Hampshire Secretary of State’s website.

TRACKING RESULTS: There are several ways to track results in New Hampshire. Official results will be posted at the Secretary of State’s website. Media outlets to follow for the latest updates include WMUR9, the Manchester Union Leader and NECN.

WHAT’S AT STAKE IN FEDERAL RACES: New Hampshire has four electoral votes in the 2016 election. Hillary Clinton is currently favored to win the state, with a 5.6 percent average lead in recent polls, Real Clear Politics reports. Historically, New Hampshire has gone to Republicans, but it hasn’t turned red since voting for George W. Bush in 2000. That year, Bush won 48.07 percent to Al Gore’s 46.80 percent. In the 2012 election, Barack Obama beat Mitt Romney by 5.58 percent.

One of New Hampshire’s Senate seats is up for re-election. Republican Kelly Ayotte is running against Democrat Maggie Hassan. Ayotte was first elected to the Senate in 2010 and Hassan is the current Governor of New Hampshire.

New Hampshire has two House Representatives and both are running for re-election.

The eastern half of the state is represented by Republican Frank Guinta. His Democratic rival is Carol Shea-Porter.

Ann McLane Kuster is running for re-election and represents the western half of the state. Her Republican rival is Jim Lawrence.

WHAT’S AT STAKE IN STATE RACES: New Hampshire governors are elected every two years and Hassan has announced that she is not running again, as she seeks a seat in the U.S. Senate. Therefore, the race is between Republican Chris Sununu and Democrat Colin Van Ostern. Both are former members of the New Hampshire Executive Council.