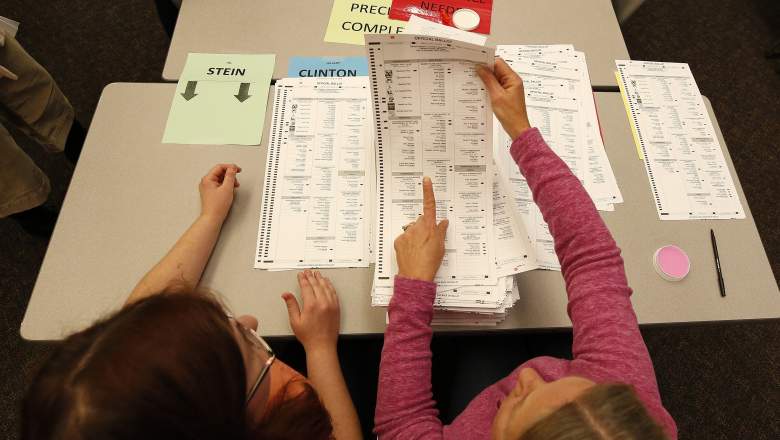 The historic Michigan recount has been underway since Monday in a few counties, but a federal judge ended it on December 7 after a state court of appeals ruling said Jill Stein had no standing to ask for it in the first place.

A hearing on the recount was held in front of U.S. District Judge Mark Goldsmith. A federal appeals court had issued a separate ruling refusing to block Goldsmith’s earlier ruling that the recount should start immediately.

Stein recount judge calls for a break, says at 12:45 p.m. he'll announce either a bench ruling or say when he'll put something on paper.

Michigan AG atty says Stein has “zero, and I do mean zero, likelihood of succeeding on the merits.”

The judge issued a written decision. When he did so, he ended the recount. NBC News said Goldsmith wrote that “Because there is no basis for this court to ignore the Michigan court’s ruling and make an independent judgment regarding what the Michigan Legislature intended by the term ‘aggrieved,’ plaintiffs have not shown an entitlement to a recount.”

The timeline to complete the recount is December 13. The Electoral College meets on December 19. Donald Trump has objected to the recount, which Michigan law allowed him to do. You can read his objections here.

Will the recount continue?

No. Goldsmith’s ruling ended the recount (unless Stein could somehow convince the state Supreme Court to take up her cause). Republicans trying to stop the recount won a first big victory December 6 when a state Court of Appeals panel ruled that Stein didn’t have standing to seek the recount in the first place under Michigan law because she is not an “aggrieved party.” That’s because she only received 1 percent of the vote in Michigan, and a recount would still give her no chance of winning. The federal judge cited that ruling on December 7. The Michigan Elections board “voted, 3-1, to end the recount if Goldsmith extinguished his earlier order,” NBC News wrote.

According to the Secretary of State, Stein received 51,000 votes out of 4.9 million ballots cast in Michigan and is alleging “fraud or mistake.”

The Detroit News said the state court ruling did not “explicitly” order the recount to stop, though, causing even some clerks to be confused about what’s going to happen next.

Confusing matters more, the federal court, on December 7, opted not to overturn the ruling that had previously allowed the recount to start. The Michigan Attorney General had sought to block the recount in federal court.

What are the results so far?

Only a few counties had started recounting ballots. The state had set a staggered schedule to start recounting. You can read it here. Ingham and Oakland Counties started their recounts on December 5.

Oakland County has released unofficial recount results thus far. As of December 7, they were as follows:

Six other counties started their recounts on December 6. They are: Kalamazoo, Kent, Macomb, Ottawa, Washtenaw, and Wayne. On December 7, more counties were scheduled to start.

You can see the individual counties’ recount worksheets here, but so far they only list the original vote counts. Other counties have not yet released their unofficial results.

Have any problems been found?

There were also reports that as many as half of Detroit’s votes might be ineligible for the recount because, during the canvass, the polling lists didn’t match the machine printouts of totals in many precincts. Officials were hoping the actual ballots would match, and it was possible some machines had jammed, counting votes more than once.

There were similar problems in another Democratic stronghold, in Flint.

The Secretary of State’s office says, “Under state law, the precinct may not be recounted if the container isn’t sealed properly and the number on the seal doesn’t match the one recorded in the poll book. Also, the number of ballots in the container must match the recorded total. If the container isn’t sealed or the numbers don’t match, the precinct may not be recounted. The cause of a precinct not being recountable is almost always simple human error.” In such instances, the original vote count is used.

Under state law, Stein must pay $125 per precinct, and that came to $973,250. In contrast, according to the Wisconsin Election Commission, where the recount there is in its sixth day, Stein was charged $3.5 million.

There was disagreement over the cost in court on December 7 and whether Stein should have to pay $5 million.

Stein atty Horowitz: Lets get a real idea of recount cost. $5M estimate not accurate, she says. Any bond should be based on facts

In Michigan, taxpayers have to pay the cost of the recount if it exceeds the initial figure, and officials were predicting it would.

The recount in Wisconsin is now halfway complete, and, although a smattering of small errors have been found in many precincts, it’s not changing the outcome at all so far. You can read more about the Wisconsin recount here: 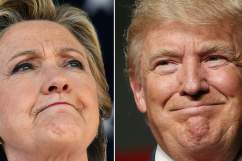 Loading more stories
wpDiscuz
10
0
Would love your thoughts, please comment.x
()
x
| Reply
The Michigan recount was ended by a federal judge on December 7 after a state court hearing said Jill Stein has no standing to ask for one.