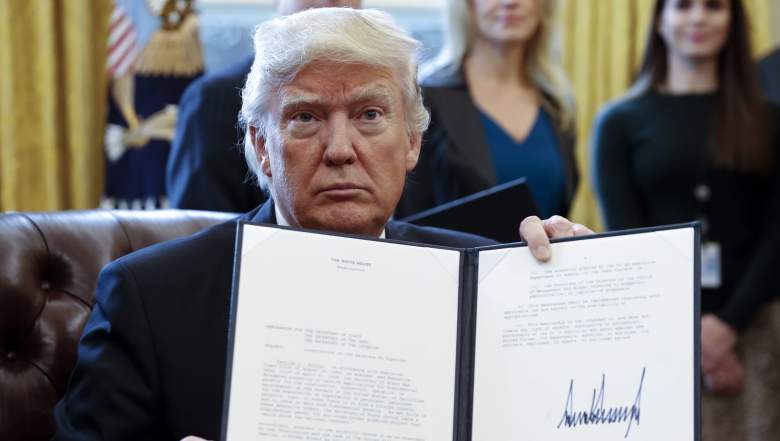 Donald Trump caused a stir January 24 when he ordered that the Environmental Protection Agency immediately cease all media updates, including press releases, blog updates, and posts via the agency’s official social media channels. The decision caused quite a bit of controversy, and drew references to violations of free speech:

PAY ATTENTION. Trump is shutting down FREE SPEECH wherever he can: The EPA, HHS, etc, etc. They do not want YOU to know what they are DOING. pic.twitter.com/cBFghAELVc

I hope a group of EPA employees get together and sue (Dictator) #Trump for violation of their 1st Amendment rights.#FreeSpeech

However, Trump’s orders are not a violation of free speech, according to attorney Ken White, who writes on First Amendment and criminal justice issues. “There’s no First Amendment right to use your federal employer’s platform to express yourself,” says White, “unless your employer generally throws it open for that purpose.  And agencies don’t have rights.” The EPA is a federal agency whose parent is the Executive Branch, headed by the President, and as such is bound to heed his commands regarding speech.

The order does not extend to the commentary of EPA employees via personal means of communication, who enjoy far more protections under the Constitution and relevant case law. The Supreme Court’s 1982 ruling in Connick v. Myers held that employees of government agencies at any level enjoy protection from adverse employment action when commenting on a matter of public concern rather than internal employment matters. Barring the release of any proprietary EPA information, EPA employees are free to communicate with the public.

The issue comes after several federal agency Twitter accounts seemingly defied the President’s positions and statements, including from the National Park Service, which received similar orders:

They Wayback Machine has copies of the deleted Badlands tweets at https://t.co/MpNkdRqozC

The issue also underscores tensions between the agency primarily charged with addressing climate change and a new Chief Executive’s longstanding skepticism on the matter.

White House Press Secretary Sean Spicer offered no further information but said the administration was “looking into it” and promising further updates as he received them.