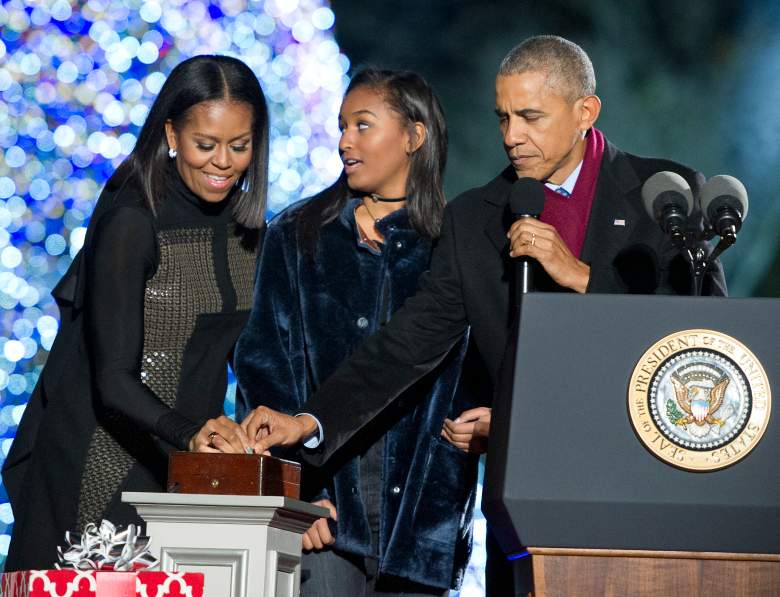 Sasha Obama, the younger of President Barack Obama and Michelle Obama‘s two daughters, was noticeably absent in Chicago during her father’s farewell address on January 10. Many took to Twitter to wonder where Sasha, who is still in high school, could be. A White House official confirmed to CBS News that she has an exam on Wednesday.

Where was Sasha? WH Official says she stayed back in DC tonight because she has an exam at school tomorrow morning.

Michelle Obama also confirmed this while on The Tonight Show Starring Jimmy Fallon. “She had a final,” she told Fallon. “And it’s like, ‘You know the Obamas, girl. Sorry! You have to take your test. You can say goodbye later.'”

The 15-year-old Sasha attends Sidwell Friends in Washington D.C. and the school is in session. CBS News also reports that Sasha did not travel to Chicago. On January 5, NBC News pointed out that she is still in school.

Broderick Greer suggested on Twitter that Sasha had a report due Wednesday. He later stressed that his comment was a joke.

Sasha has a report tomorrow morning so she couldn't be there.

The hashtag #WhereIsSasha began trending on the social media site.

where is Sasha tho? was she the designated survivor or something?

Maybe she had something else to do?

"I had a thing." – Sasha #wheressasha

One person joked about Sasha having to work.

Sasha Obama:"Can I get Tuesday night off, my dad is giving his farewell speech"
Manager:"Only if you can find someone to cover your shift"

Back in March 2016, The Washington Post confirmed that the Obama family plans on staying in Washington, D.C. after January 20 – the day Donald Trump is inaugurated – because Sasha is still in school.

During an event in Milwaukee at the time, Obama said that they hadn’t made concrete post-White House plans, but hinted that they would stay in the nation’s capital for Sasha’s benefit. “We’re going to have to stay a couple of years so Sasha can finish” school, Obama said in March. “Transferring someone in the middle of high school — tough.”

In May 2016, Politico reported that the Obamas will lease a mansion in the Washington, D.C. neighborhood of Kalorama. The mansion is owned by NFL executive Joe Lockhart and Giovanna Gray and was last listed on Zillow in May 2014 for $5.3 million.

Obama’s older daughter, Malia, graduated from high school in May. Malia, who was with her parents in Chicago, is planning on going to Harvard after a year off from school. 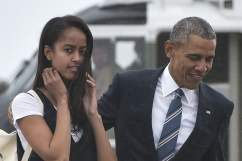