Just months after being ousted from Fox News over allegations of sexual harassment, Roger Ailes, the founder of the network and its former CEO, has died. He was 77 years old.

Ailes was a giant in the conservative media until his fast fall from grace last summer. He faced mounting claims of sexual harassment from Gretchen Carlson and other female Fox News personalities. He still had his supporters in the organization though, including Sean Hannity.

Here’s what you need to know about Ailes’ death.

1. Alies Died After a Fall in His Florida Home on May 10

Ailes’ wife announced his death, but didn’t reveal a cause of death. The statement was also posted on the Drudge Report.

I am profoundly sad and heartbroken to report that my husband, Roger Ailes, passed away this morning. Roger was a loving husband to me, to his son Zachary, and a loyal friend to many. He was also a patriot, profoundly grateful to live in a country that gave him so much opportunity to work hard, to rise—and to give back. During a career that stretched over more than five decades, his work in entertainment, in politics, and in news affected the lives of many millions. And so even as we mourn his death, we celebrate his life…

TMZ’s sources say that Ailes died eight days after falling at his Florida home. He fell into a coma on Wednesday and died Wednesday night. Ailes also suffered from other health problems, which contributed to his death, TMZ reported.

Per 2nd family friend on cause of death: Ailes fell in Palm Beach and had a blood clot from the fall. He suffered complications.

Ailes death reverberating through the Fox News community. A longtime executive writes, "Such a sudden end to a complicated man."

Latest on what we know, per family friend: "Last week Ailes had some kind of blood clot in Palm Beach. Suffered complications."

Elizabeth also asked that donations be made to the Marine Corps-Law Enforcement Foundation.

Radar Online obtained the police report, which reveals that Ailes hit his head in a bathroom fall. After a 911 call, police arrived on the scene a minute later and left his house 15 minutes later.

The Palm Beach County Medical Examiner later ruled that Ailes died of “complication of a subdural hematoma after he fell at home injuring his head.”

Palm Beach County ME ruled Roger Ailes died of "complication of a subdural hematoma after he fell at home injuring his head." He fell 5/10 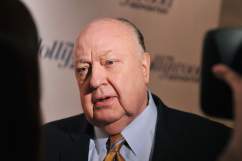 Ailes is survived by his wife 55-year-old wife Elizabeth and son Zachary. Ailes and Elizabeth were married in 1998. Zachary, his only son, was born on New Year’s Day 2000.

In an excerpt from Zev Chafets’ biography on Ailes, Alies revealed that he made “memory boxes” for Zac, beginning when his son was four years old. Ailes made them so Zac would remember his father after his death.

According to Chafets, one box included a letter to Zac, with Ailes writing, “Your mother is a beautiful woman. Always take care of her.” 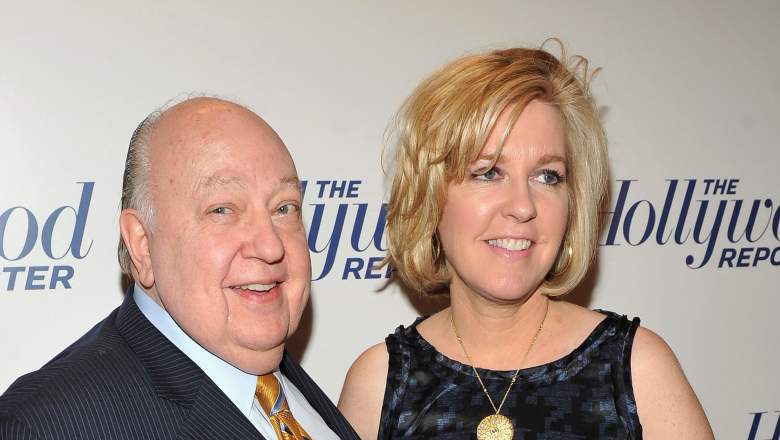 Ailes resigned from Fox News in July 2016. He reportedly got a $40 million exit package.

He resigned two weeks after former Fox News host Gretchen Carlson filed a sexual harassment lawsuit against him. When he was forced out, she celebrated it. Carlson’s own settlement was repotedly $20 million.

When his resignation was announced, Lachlan and James Murdoch, the sons of Rupert Murdoch, said in a statement:

“We join our father in recognizing Roger’s remarkable contributions to our company. Our talented Fox News and Fox Business colleagues, up and down the organization and on both sides of the camera, have built something that continues to redefine the cable news experience for millions of viewers. We are enormously proud of their accomplishments. For them, as well as for our colleagues across our entire organization, we continue our commitment to maintaining a work environment based on trust and respect. We take seriously our responsibility to uphold these traditional, long-standing values of our company.”

Ailes wasn’t the only Fox News personality accused of sexual harassment. On April 19, Bill O’Reilly was fired after it was reported by the New York Times that Fox News paid a combined $13 million in settlements to women who made sexual harassment claims. Although he never faced accusations himself, Fox News Co-President Bill Shine resigned, since he was named in several lawsuits, accused of not doing enough to stop Ailes’ and O’Reilly’s behavior.

4. Ailes Started His TV Career as a Producer for The Mike Douglas Show

Ailes actually started his media career in Cleveland and Philadelphia.He eventually won a Daytime Emmy for producing The Mike Douglas Show. During a 1967 episode, he met future President Richard Nixon, who later hired him as his Executive Producer for Television.

After joining the Nixon team, Ailes was well on his way to becoming one of the most influential figure in Republican politics. He worked on Ronald Reagan’s successful 1984 campaign and George H.W. Bush’s 1989 campaign. In the early 1990s, he was president of CNBC. In 1996, he became the founding CEO of Fox News and later advised President George W. Bush after 9/11.

While at Fox News, he nurtured the careers of Sean Hannity, Bill O’Reilly, Megyn Kelly, Greta Van Susteren and many others. The network became the most-watched cable news network, with the ability to shape how Republican politicians acted in Congress. Even President Donald Trump continues to praise Fox & Friends.

“The launch of FOX News Channel was accompanied by near-universal mockery and disdain by media elites, but Ailes knew that Americans in the heartland–and even in liberal areas–were fed up not only with biased news coverage, but smug, know-it-all anchors who delivered their slanted coverage with ideological and partisan relish,” Steve Bannon said of Ailes in 2013, notes Brietbart. “When Ailes said, ‘We report, you decide,’ he meant it. He knew that Americans could make up their minds about national issues–if they were presented with all the facts.”

He Struggled to Sell his Cresskill home recently. NJ.com reports that he had the home on the market for three weeks, trying to sell it for $2.25 million. He then cut the price too $1.995 million.

After leaving Fox News, he bought a $36 million oceanfront home in Palm Beach, Florida. According to the Daily Mail, Ailes bought the six-bedroom home through a trust with the City National Bank of Florida. 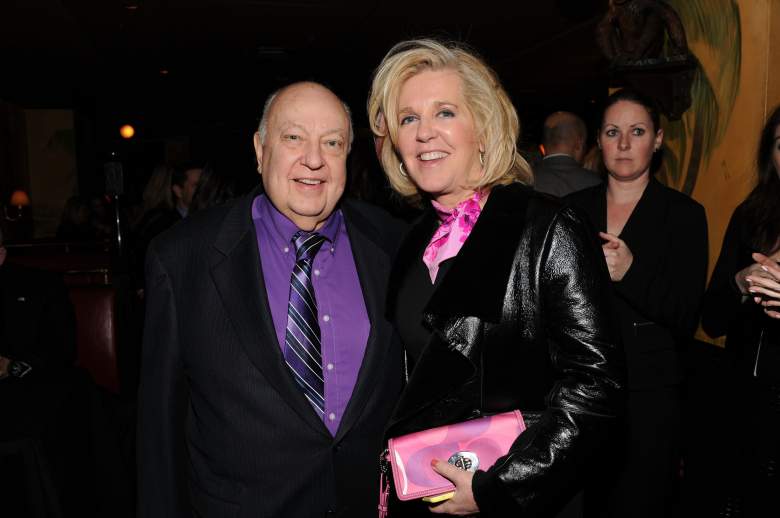 Ailes helped Donald Trump with debate preparation in 2016. Although Ailes helped Trump, he didn’t have a formal role in the campaign.

CNN reported that Ailes and Trump met frequently between June 2015 and June 2016 at Fox News headquarters in New York. After he left Fox News, he took an even more “active role” in the campaign. Ailes was with Trump on at least two Sunday debate preparation sessions.

According to CNN’s reporting, Ailes worked with Trump to “sharpen” the future president’s message. He tired to help Trump keep his image while presenting his ideas in a smart and coherent way.

The Trump campaign always tried to downplay Ailes’ role when asked about him.

“I’m at Trump Tower everyday, I’m the campaign manager. I’ve never seen Mr. Ailes there. I saw him one time for lunch recently, he was at lunch,” Kellyanne Conway told Good Morrning America in September. “Well Mr. Trump — I don’t know, because Mr. Trump speaks to many people on the phone during the day when I’m not there. They’ve known each other probably thirty years.” 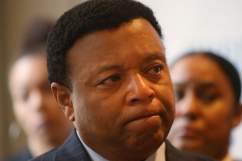