Jessica Tarlov, who already frequently appears on Fox News, was hired as a new contributor for the network and Fox Business Network. She’s appeared on the network before, sparring with Sean Hannity and other conservative pundits on the network. Now, you can expect to see even more of her on Fox News.

Tarlov is the senior director of research at the Bustle Digital Group, which owns Bustle, Romper and Elite Daily. She previously worked as a Democratic strategist for Douglas Schoen, LLC.

The 33-year-old Tarlov is not married and doesn’t have any children. You can follow Tarlov on Twitter. She frequently sparks intensive Twitter commentary when she appears on television.

@JessicaTarlov Omg your voice is so annoying that is like nails across a blackboard.

Here’s what you need to know about Tarlov. 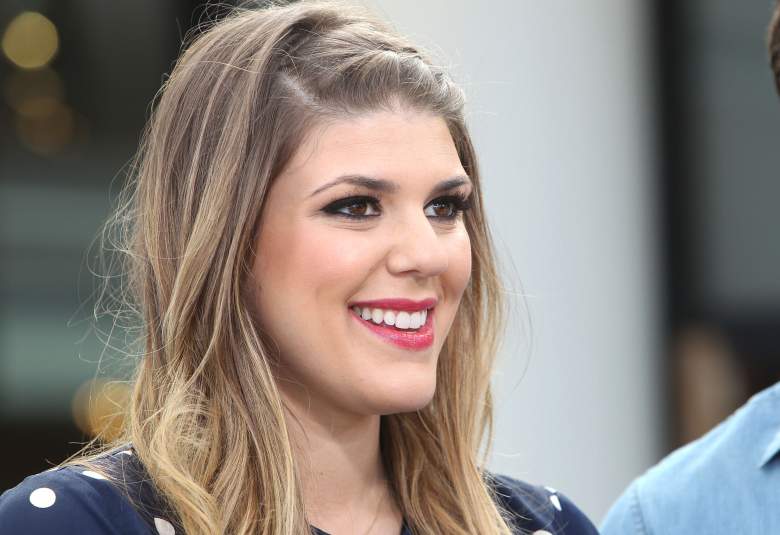 Tarlov comes from a show business family. Her father is Mark Tarlov, a producer who worked on The Man Who Knew Too Little, Copycat, Christine and Serial Mom. Mark Tarlov also directed two films: 1999’s Simply Irresistible with Sarah Michelle Gellar and 2004’s Temptation with Zoe Saldana. Her mother is Judy Roberts.

My sissy @mollytarlov looking all sorts of gorgeous for VMAs! ??❤️ https://t.co/DxwC6ODOid

Superb #PartyPanel tonight on @KennedyNation with @MattWelch and @KirstenHaglund at 8pm. Special in studio guests @TAStheR_A and @andreabryant1st made us all better. And funnier. Like the funniest. There better be a drawing of this one, Tas! @FoxBusiness pic.twitter.com/oMGNtm6Qst

According to Tarlov’s LinkedIn page, she earned her B.A. in History at Bryn Mawr College in 2006.

That same year, she enrolled at the London School of Economics and Political Science. In 2012, she earned a Ph.D. in Political Science and Government. She also earned a Masters degree in Public Policy and Administration.

Make sure to do something awesome for your mom today! Or at least call her. Or think about her if she's no longer around xo pic.twitter.com/WCA5hSJRhH

In 2007, Tarlov worked at Merill Lynhc as a project manager. In 2008, she workedfor Douglas Schoen for the first time, joining him as a research assistant. She re-joined Schoen in May 2012 as a Democratic political strategist.

Tarlov, who was dubbed “Fox’s Liberal” by The Washingtonian, openly supported Hillary Clinton during the 2016 presidential election. After Clinton lost, she wrote “Thank You, Hillary Clinton” on FoxNews.com.

“I’m an admitted Hillary fan-girl, but even the coldest hearted Republicans will have to admit that she has always wanted every American to have health care, a chance at a quality education and opportunity for a bright future,” Tarlov wrote. She later added, “I was disappointed to see that female voters didn’t come out for Hillary in the way the polls predicted because I do think it’s meaningful for women to support other women. And not just any woman. This woman.”

In a Garzia Daily interview, Tarlov said there is still interest in seeing a woman become president.

“There’s still widespread interest – upwards of 80% – in a female President, it’s just clear that Hillary wasn’t that choice for Americans,” Tarlov told the site. “Feminism in the 21st century is radically different than in previous decades and Clinton ran up against a group of women who see their identity as much more complex than just gender first and foremost.”

4. Alex Jones Once Referred to Her as an ‘8-foot arrogant Brunhilda’

During Tarlov’s previous two years at Fox News, she’s become known as one of the few liberal voices. That has made her an easy target for other members of the conservative media. For example, InfoWars’ Alex Jones once referred to her as “the 8-foot arrogant Brunhilda” after she appeared on a Tucker Carlson segment about fake news. Tarlov asked when Jones would finally lose his credibility.

In a March interview with The Washingtonian, Tarlov said her Twitter feed became a “sea of nastiness.”

“But there are conservatives who have watched me go from you-are-super-scared-to-be-on-TV to as comfortable as I am now who will defend me if they see people going after me,” she told the Washingtonian.

“She’s a level-headed liberal and opposition voice,” Lahren told the Washingtonian after the two of them appeared on Fox News together. Lahren told the magazine that when Sean Hannity saw the two getting along before a segment, “The first thing he said to us was ‘Remember, you guys have to fight in a minute.’”

In the same interview, Tarlov said she “never had any issue” herself at Fox News and only heard about the allegations of sexual harassment against Roger Ailes when it was reported.

5. She Co-Wrote ‘America In The Age of Trump’ With Douglas Schoen

Tarlov co-wrote the book America In The Age of Trump: A Bipartisan Guide with Douglas Schoen. The book will be released in July.

According to the publisher’s synopsis, the book offers a “definitive and unique assessment of a nation in turmoil, looking beneath well-known problems to identify underlying yet poorly understood causes. Readers will confront the crises, one by one: of trust, values, and governance; of education, economic opportunity, and fiscal solvency; of national security, domestic tranquility, and race relations.”

Joining @BookstrOfficial at 1pm to discuss my book!! Join us if you can! pic.twitter.com/wKCca0NSP1

Tarlov’s boss, Schoen, is also a Fox News contributor. He was named Pollster of the Year in 1996 by the American Association of Political Consultants. He’s worked for President Bill Clinton, Michael Bloomberg, Evan Bayh and Tony Blair. His other books include The Power of the Vote: Electing Presidents, Overthrowing Dictators, and Promoting Democracy Around the World and The Political Fix: Changing the Game of American Democracy, from the Grassroots to the White House.

Having all the fun, even in Trump's America! Russian collusion at its finest @romdoggus pic.twitter.com/etUlZ4ox35

Back in August 2014, Tarlov and Schoen wrote a piece for the Washington Times about the importance of a political center.

Loading more stories
wpDiscuz
20
0
Would love your thoughts, please comment.x
()
x
| Reply
Jessica Tarlov is a Democratic strategist who joined Fox News during the spring, despite the network's recent troubles. Learn about her life and career here.