Alexis Plunkett posted this photo of her and Andrew Arevalo on Facebook on June 1. She wrote in the caption, “He that is without sin among you, let him cast a stone at her.”

A Las Vegas lawyer, who brags that she has got clients “in a way another attorney cannot,” has been accused of smuggling a cell phone to her jailbird boyfriend. Alexis Plunkett was charged on May 30 with giving a phone to Andrew Arevalo, a member of the Sureno gang. Arevalo goes by the moniker Silent. Plunkett’s lawyer says she was meeting Arevalo in a professional capacity and therefore he’s allowed to use her phone.

Arevalo is facing charges of smuggling meth as well as gun charges.

1. Plunkett Represented Arevalo After He Sued Following an Incident Which Saw Him Shot 3 Times in the Face by a Prison Guard

In November 2014, Arevalo survived after being shot three times with a shotgun by a trainee prison guard. The shooting killed another inmate. For that, Arevalo was found guilty of murder despite the fact he didn’t touch the gun. That conviction, which was done as an internal prison process, was later quashed. While in April 2015, Plunkett told CBS News about the shooting saying:

The shooting itself is highly disturbing. But it’s really over the top that (prison officials) immediately filed a murder charge against Andrew, who was absolutely the victim in every way.

Arevalo had been brawling with another inmate, Carlos Perez, when they pair were shot by the guard. In the wake of the cell phone scandal, Plunkett revisited the incident on Facebook saying:

In case anyone forgot, Andrew Arevalo was handcuffed behind his back and shot repeatedly in the face by a corrections officer at High Desert State Prison. Another inmate died. The prison charged and convicted Andrew Arevalo of murder, knowing that it was a cover-up the entire time.

Authorities at the Clark County Detentions Center set up cameras to view Plunkett and Arevalo’s visits because “they thought something strange was going on,” reports Fox Las Vegas. The station says that Lieutenant Ronald Bryant saw Aervalo “fondle Plunkett’s breasts, twice,” while he was incarcerated at High Desert State Prison.

The Las Vegas Review Journal reports that during three more recent visits, Plunkett and Arevalo shared kisses, she gave him candy and lip balm and let him use her phone.

The Fox Las Vegas report adds that an envelope was found in Arevalo’s cell that read, “I’m always thinking of you Alexis.

3. Plunkett Has a ‘Very Good’ Rating on Legal Website Avvo

According to Avvo, the legal rating website, Plunkett has a “very good” ranking based on 22 reviews. The website gives her location as Henderson, Las Vegas.

On her LinkedIn page, it says that Plunkett attended Bowling Green State University and the University of Arizona. Prior to relocating to Nevada, Plunkett worked as a public defender in Ohio, Colorado and Arizona. Plunkett opened her own practice in Nevada in September 2011.

4. Plunkett Believes the Charges Against Her Amount to a Witch Hunt

In a now deleted Facebook post, Plunkett referred to the charges against her as a “witch hunt.” Plunkett told the Las Vegas Review Journal that the police report against her is “bulls***.” She added, “I’m not doing anything illegal or unethical.”

Fox Las Vegas reports that Plunkett told officers regarding the phone, “Is he in there making phone calls talking to his homies and stuff? No, 100 percent no. I’m certainly not trying to hide anything.”

5. The Surenos Gang Began In Southern California & Have Now Spread Into Nevada

In a June 2015 feature, the Las Vegas Sun reported that there were 20,000 street gang members in the city. They are spread across around 300 different gangs. That level is the fifth biggest in the United States.

The Sun says that the Surenos roots go back to Southern California. Members typically wear blue or Los Angeles Dodgers merchandise. They are affiliated with the Mexican Mafia prison gang. 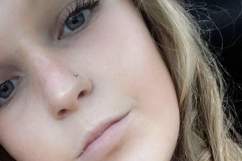 Loading more stories
wpDiscuz
9
0
Would love your thoughts, please comment.x
()
x
| Reply
A Las Vegas lawyer, who brags that she has got clients "in a way another attorney cannot," has been accused of smuggling a cell phone to her jailbird boyfriend.