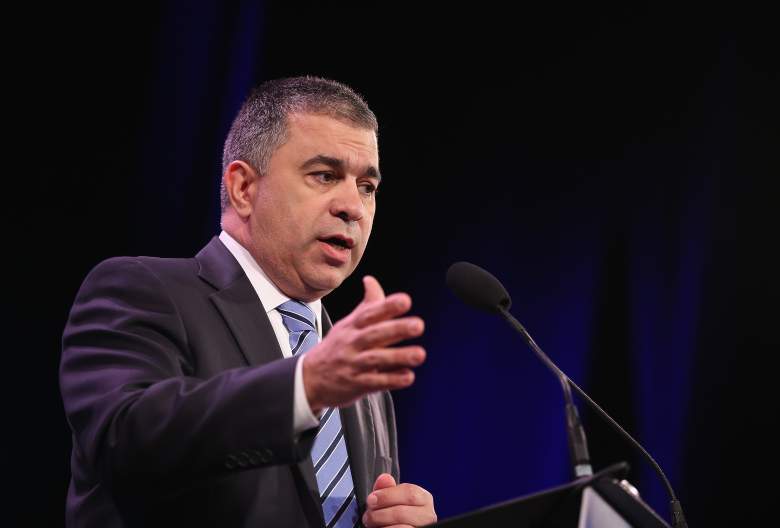 Bossie speaks at the Iowa Freedom Summit on January, 2015 (Getty)

Amidst the mounting allegations that Russia was somehow involved with his campaign and victory, President Donald Trump is gearing up to mount a counter attack. Trump is reportedly assembling a “war room,” meant to defend the embattled president and push back against the seemingly never-ending allegations that the Trump campaign colluded with the Russians. And it’s not just going to be any war room mind you. Trump is stacking the deck.

Among those rumored to be involved is David Bossie, a long-time Republican operative and former deputy campaign manager for the Trump campaign. Bossie made a name for himself during 1990’s, when he was a dogged investigator of alleged wrong-doings committed by then President Bill Clinton and his wife Hillary. He parlayed his notoriety and fame into the role of president of the conservative non-profit organization Citizens United, where he has written books and produced documentaries about the Clintons, among other subjects.

Since working on the Trump campaign and assisting with the transition, Bossie has been working as a contributor to Fox News, where he recently blasted the media for it’s treatment of Trump, saying that “no president has ever seen a permanent obstruction campaign like President Trump.” Regardless of the situation, any good war room needs loyalty like that.

Here’s what you need to know about David Bossie. 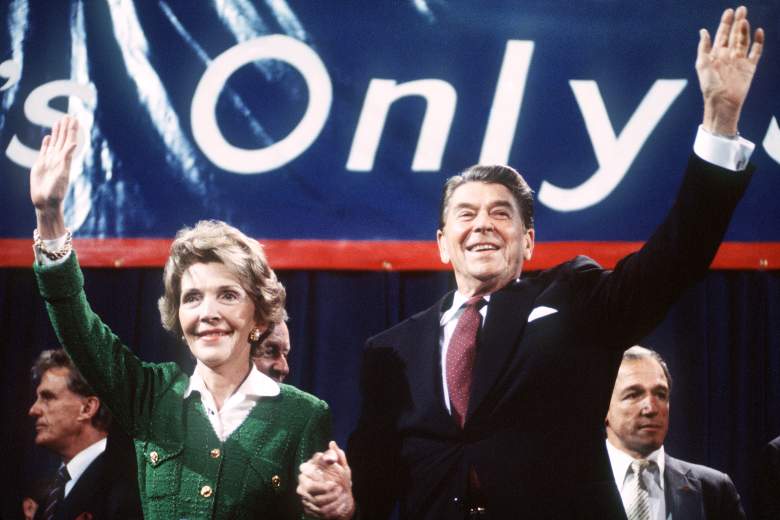 President Ronald Reagan and his wife Nancy in November 1984 (Getty)

Bossie was born on November 1, 1965 in Boston, Massachusetts, the second of his parents’ four children. His father was an X-ray technician and his mother was a nurse. In addition to living in Boston, the family lived in Connecticut and Michigan before ending up in Maryland. Bossie first attended Towson University in Towson, Maryland and then the University of Maryland. He dropped out without earning a degree.

At 18, Bossie got his first taste of politics, working as a volunteer for President Ronald Reagan’s reelection campaign. He then joined the College Republicans, worked in local Maryland elections and eventually became the youth organizer in Maryland for Senator Bob Dole when the Senator ran for president in 1988. The next few years were spent working and networking, with Bossie eventually ending up at Citizens United in 1991.

Bossie was a volunteer firefighter in Montgomery County, Maryland for twenty years. He is married to Susan Bossie. The couple have four children.

Bossie met Floyd Brown, a Republican operative, when both men were working on the Dole campaign. Brown was behind the now infamous “Willie Horton” ad, an ad which helped torpedo the campaign of Michael Dukakis, the Democratic nominee for president in 1988. Brown would go on to become the founder of Citizens United.

Brown and Bossie became a formidable and dangerous duo during the 1992 Presidential election. Bossie was tasked with investigating rumors about the sex life of Bill Clinton, the Arkansas Governor and Democratic nominee. One of their projects involved a phone line that allowed callers who were interested to call in and for only $4.99, could learn more about Clinton’s alleged sexual misconduct and history. If someone was really interested, they could even listen to sex tapes between Clinton and Gennifer Flowers. Clinton’s opponent in the race, President George H.W. Bush, was appalled, saying it was “the kind of sleaze that diminishes the political process.” 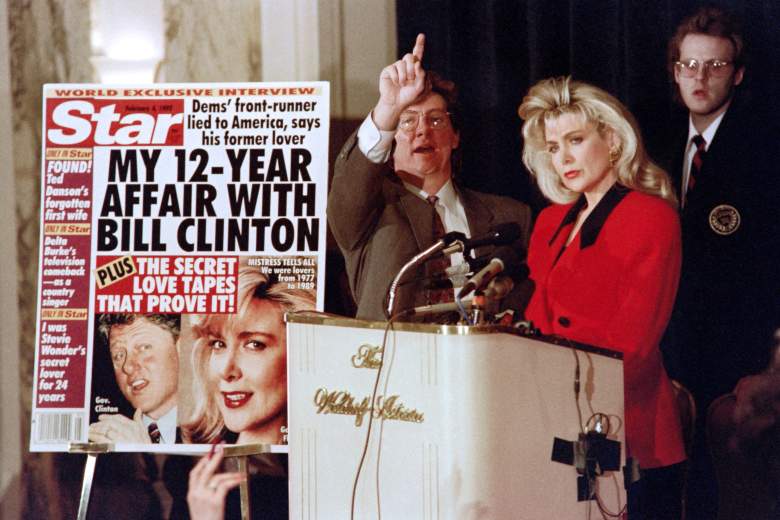 Bossie would go on to make a name for himself shortly after, when he was tasked by Brown to get to the bottom of the death of Susan Coleman. Coleman was a law student who had committed suicide. Brown and Bossie, among others, believed that the reason for the young woman’s suicide was that she had had an affair with Clinton, her law professor, and that Clinton had gotten her pregnant. The “investigation” received national attention when CBS Evening News filed a report in July of 1992, detailing how Bossie and Jim Murphy, a retired Washington D.C. police officer, followed Coleman’s mother as she went to visit her husband, who was recovering from a stroke at an Augusta, Georgia Army hospital.

The Bush campaign demanded that Brown stop and the Coleman’s denied that their daughter’s suicide had anything to do with a supposed love affair with Clinton. Bossie later said that the report made his grandmother cry. Brown was unfazed however.

3. Bossie Has Been Investigating the Clintons for Three Decades 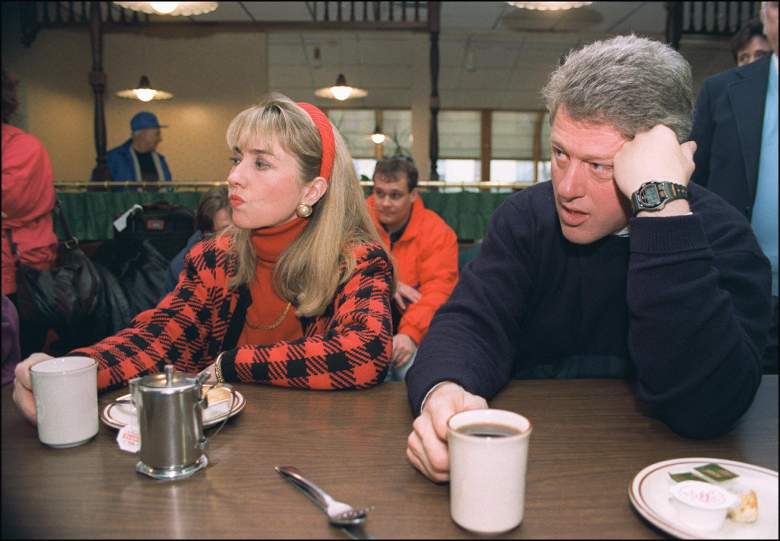 Despite their best efforts, Bossie and Brown were unable to stop Bill Clinton from being elected President in 1991. The victory didn’t slow the two men down though, and if anything, they became more determined to bring down the Clintons.

In 1995 Bossie was hired by North Carolina Senator Lauch Faircloth, who was on the committee investigating Whitewater, an investigation pertaining to the Clinton’s involvement with a land purchase back in 1978. The following year Republicans launched another investigation, this one focused on the Clinton campaign’s fundraising practices. Bossie was brought on to be the investigation’s lead investigator by Republican Congressman Dan Burton, the head of the House Committee on Government Reform and Oversight.

Bossie would only last 18 months before he was forced to resign. Numerous elected officials took issue with Bossie’s methods, specifically his selective and deceitful editing of recorded conversations between law officials and Webb Hubbell, a Clinton associate who was in jail for stealing from both clients and his law firm. Bossie had chopped up over 150 hours of tape into one neat hour and then shared it liberally with the media. Newt Gingrich, the Speaker of the House at the time, called Bossie “an embarrassment to the Republicans.”

Years later Bossie is still hunting for dirt on the Clintons. Since January of 2016, he has been routinely suing the State Department, seeking access to emails, agendas and travel manifests from Hillary Clinton’s time as Secretary of State.

4. Bossie Became the President of Citizens United in 2001 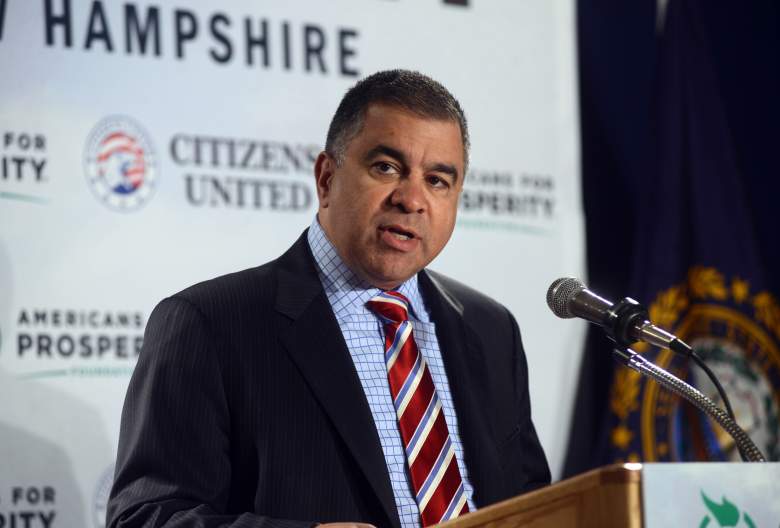 In 2000 Brown left the organization he had created and Bossie became president of Citizens United in 2001. Under Bossie, the organization started focusing more of their attention to producing media, mainly documentaries and books. Since 2004, Citizens United Productions has produced over 25 documentaries. In 2012 they produced Occupy Unmasked, a documentary looking to poke holes in the Occupy movement that was written and directed by current White House Chief Strategist Steve Bannon.

Hillary the Movie TrailerMovie trailer for the much anticipated Hillary Clinton film produced by Citizens United. The film will be released in mid January and features more than 40 in-depth interviews with experts, opinion makers, and many of the people who personally locked horns with the Clintons, this is the film you need! If you want to be…2007-12-20T22:56:16.000Z

Citizens United Productions biggest “hit” was Hillary: the Movie, released in 2008. The attack ad disguised as a documentary was meant to derail Hillary Clinton’s 2008 presidential campaign and the film was going to be made available via On Demand in the days leading up to the Democratic primaries in January 2008. However, doing so was considered illegal under the Bipartisan Campaign Reform Act (BCRA) and was strongly enforced by the Federal Election Commission (FEC.) Citizens United took the FEC to court, only to be denied by a three judge panel. Not to be deterred, their next move was to file an appeal with the United States Supreme Court, which they did in August 2008.

Oral arguments in the case, Citizens United v. Federal Election Commission, began in March 2009 and in January 2010 the Supreme Court ruled 5-4 that spending limits included in BCRA were unconstitutional. The ruling opened the door to significantly looser campaign finance laws and the idea that “corporations were people” too.

Bossie and Citizens United have taken their fight to print as well. Bossie has authored several books since 2004, most of which are about his favorite subject, the Clintons. In 2004 Bossie wrote Intelligence Failure: How Clinton’s National Security Policy Set the Stage for 9/11 and in 2008 he wrote Hillary: the Politics of Personal Destruction. Bossie has also written books about Al Gore, John Kerry and Ronald Reagan.

5. Bossie’s Relationship With Trump Dates Back to the Citizens United Case 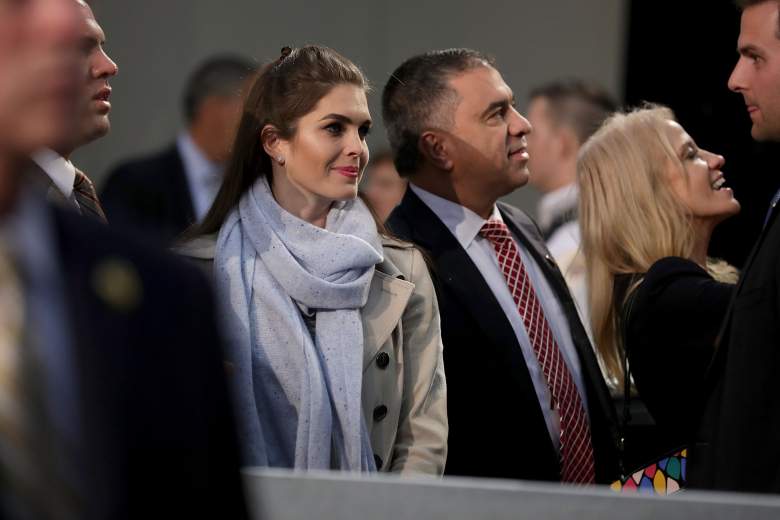 The relationship between Bossie and President Trump began around the time of Citizens United v. The Federal Election Commission. Trump was reportedly very interested in the case and was told about Bossie by a fellow casino magnate, Steve Wynn. Trump was mulling a run for president in 2012 and Bossie piqued his interest.

When Trump did run for president four years later, he remained in contact with Bossie, and in September of 2016, made Bossie’s involvement in the Trump campaign official, naming him deputy campaign manager. Trump himself asked Bossie to join the campaign, tasking him with running the day-to-day operations and field operations, in addition to participate in debate prep, jobs that had become neglected by campaign manager Kellyanne Conway, as her media availability had started to take precedent. 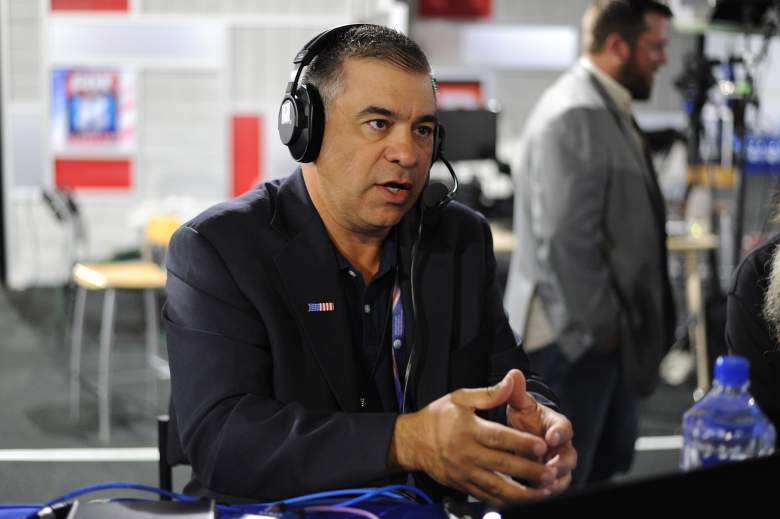 In announcing the hiring of Bossie, Trump referred to him as “a friend of mine for many years,” saying that Bossie was “solid. Smart. Loves politics, knows how to win.” 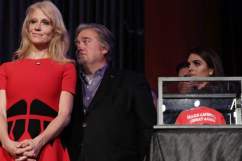 Who Will Be Donald Trump’s Chief of Staff?

Following Trump’s win in November 2016 Bossie played an active role in the presidential transition, acting as the deputy executive director. This was followed up by helping to start America First Policies, a non-profit aimed at helping further the new president’s agenda. Yet when it came to officially staffing the White House, Bossie was a noticeable omission.

Undeterred as usual, Bossie moved on and with Reince Priebus being named Chief of Staff, Bossie had his eye on Chairman of the Republican National Committee position. That didn’t come to fruition either though, as one RNC source said that “leaders had been wary from the get-go of his (Bossie’s) combative, brash style.” Bossie eventually ended up at Fox News, but is reportedly still in regular contact with the president, mainly when it comes to media matters and messaging.