Leon Jacob and Valerie McDaniel had only been dating for two months when they allegedly hired a hitman to kill their exes.

Valerie’s target was her husband of 17 years and the father of her child. Shortly after she was released on bail, she took her own life. Leon’s trial is currently pending– he has pleaded not guilty. In a recent interview with ABC Eyewitness News, Jacob said, “This is not my shining moment in the spotlight… It’s very embarrassing what’s happening to me and the situation I find myself in.” He added on that he’s not the monster the media is painting him out to be.

Read on to learn more about Leon Jacob.

1. He’s Been in Jail Without Bond Since March

Jacob has been in jail without bond for the last six months.

It’s a world that I will never fully understand. I’ve been in a few altercations. I’ve tried to use brain over brawn, if you will, to settle them. It hasn’t always happened that way. For the most part, no one really bothers me because I don’t bother them.

What caused a doctor & veterinarian couple to allegedly hire a hit man to kill their exes? #ABC2020 TONIGHT at 10|9c https://t.co/WcJEqrJe5M pic.twitter.com/jM1gD44AbT

Speaking to KHOU in July, Jacob said that he did not intend to kill his ex. He said that he thought he was meeting with a private investigator, not a hitman. Jacob holds that he and Valerie wanted to merely investigate their exes; not kill them.

2. He Graduated from Medical School

Although Leon was eventually successful in graduating from medical school, more than one residency program evicted him. At one point, a hospital labeled him “an immediate threat to patient safety,” according to Broadway World.

Jacob tells ABC he was never kicked out of medical school– he says that he was ‘dismissed because he moved to Ohio’. 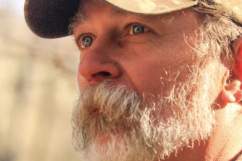 3. He Says Valerie Was the Happiest She’d Ever Been Before She Took Her Own Life

FRIDAY: @MattGutmanABC interviews the doctor accused of hiring a hit-man with his girlfriend to kill their exes https://t.co/TBFySKrFKf pic.twitter.com/PMINGHUeOl

Jacob tells ABC there was “nothing wrong” with Valerie before she took her life. “If you’re talking about why she ultimately killed herself, no, there was nothing wrong. In fact, it was the happiest that she had ever been,” he tells ABC.

Continuing his discussion of his romantic life with the news outlet, Jacob said, “I started dating girls as soon as I realized what they had to offer, if you will, I’ve always loved women. My grandmother moved in with us for most of the year after my dad died, my mother is a very headstrong alpha female, my cousin’s the exact same way, all the women in our family are very strong.”

4. Jacob Faced Charges for Stalking His Ex Wife and Assaulting His Girlfriend

In July, Jacob sat down with KHOU 11 anchor Len Cannon at the Harris County Jail to discuss the incident. He said he wasn’t the monster the media has painted him out to be, to which Cannon rebutted, “You faced charges of stalking your ex wife and assaulting your girlfriend…the public sees that and they think ‘trouble.’ What do you say?”

Jacob responded: “People can sensationalize anything they want. I know what kind of man I am. I have never hit a woman, I’ve never beaten a woman.” He went on to say that all the charges were dropped.

5. Jacob’s Mother Is His Co-Counsel

Jacob’s mother has acted as his co-counsel in trial. His trial date has been set for December 1.

ABC Local 13 News reports that when Jacob’s attorney asked if he could be released from trial to attend McDaniel’s funeral, the judge refused. 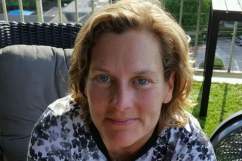 Read More
20/20, 5 Fast Facts, Crime
Leon Jacob and Valerie McDaniel allegedly hired a hitman to kill their exes. Tonight, Jacob will share his side of the story with ABC News' 20/20.