'I didn't want to hurt him,' Valerie McDaniel says in message for KPRC2 to share https://t.co/a4v6Xyvnu4 #kprc2 pic.twitter.com/tN0DXKv7t2

In March, prominent veterinarian Valerie McDaniel took her own life by jumping from the 7th floor of her condo in Houston, Texas. She was 48.

McDaniel was out on bond after being charged with solicitation of capital murder when she died. Tonight, ABC News’ 20/20 will investigate the alleged murder-for-hire plot that has resulted in McDaniel’s death and her boyfriend, Leon Jacob’s, arrest.

Read on to learn more about Valerie McDaniel.

1. She Recorded Two Hours of Audio on an iPad Before Taking Her Own Life

Hear one woman’s final thoughts she recorded on audio before her death – Tonight at 10|9c on #ABC2020 https://t.co/77084Ahwcl pic.twitter.com/aFCriiI5NG

From the time she was arrested until two days before she took her own life, McDaniel recorded two hours of audio on an iPad.

According to Click 2 Houston, she left the iPad and a handwritten note with a friend who lived in her building. In the letter, she expressed her wishes that the recording be shared publicly.

McDaniel started the audio saying, “Hey, it’s Valerie McDaniel, and it’s March 15, 2017. I’m sitting outside and I wanted to take time and tell my story from the beginning. Try not to judge me.”

Later on, she added, “I hate the idea that everybody thinks I’m a monster… I never wanted to hurt anyone.”

2. She Is Survived by an 8-Year-Old Daughter

McDaniel is survived by her 8-year-old daughter. In the recordings mentioned above, McDaniel discussed her daughter, saying, “She’s actually an extremely intelligent little girl with lovely manners and habits and a beautiful voice… She wakes me up in the morning singing.”

McDaniel, a veterinarian, lived in a two-bedroom condo at the time of her death. Friends and colleagues tell ABC that when she wasn’t busy working, Val would spend her downtime on Tiki Island near Galveston.

3. She Received Her Undergrad Degree from the University of St. Thomas

McDaniel received her degree from the University of St. Thomas. She went on to study to be a veterinarian at Texas A&M University, graduating in 1997. In 2000, McDaniel became the owner of The Montrose Veterinary Clinic.

Inside alleged murder-for-hire plot that led to Texas veterinarian's suicide and a man behind bars https://t.co/77084Ahwcl #ABC2020

For the past seven months, her boyfriend, Leon Jacob, who she allegedly conspired with to hire a hitman,  has been in the Harris County Jail awaiting trial. He tells ABC, “I am innocent of these charges. I still maintain that throughout… I find them to be atrocious in manner because I’m not some monster that wanted my ex-girlfriend killed and her ex-husband… I’m a healer by nature.”

4. She Allegedly Hired a Hitman to Kill Her Ex Husband

McDaniel and Jacob allegedly sought out a hitman to kill their exes. Assistant District Attorney Tom Berg claims that McDaniel was targeting her ex-husband, and the father of her daughter.

McDaniel was married to Marion “Mack” McDaniel for 17 years before the couple divorced.

According to ABC 13, McDaniel and Jacob met their alleged hitman at an Olive Garden. “McDaniel’s ex-husband was allegedly supposed to be killed in a shooting that would be staged to look like a carjacking, according to Berg,” reports the outlet.

5. She Dated Leon Jacob for About 8 Weeks

According to Maggie Whitley, Val’s friend, Val dated Jacob for only eight weeks before the two planned to kill their exes. Whitley told authorities that Jacob hated McDaniel’s ex-husband. ABC also reports that in a diary entry about meeting Jacob for the first time, Valerie wrote, “I was completely turned off immediately by his attitude… I was drawn to him but disgusted at the same time.”

McDaniel’s former colleague told ABC that Jacob would answer’s McDaniel’s phone for her. Jacob, however, holds he did not keep McDaniel from her friends. “When you’re first in a new relationship… you kind of isolate yourself… with each other,” he said. 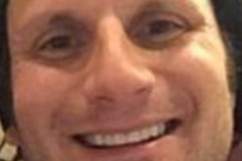 Read More
5 Fast Facts, Crime
Valerie McDaniel took her own life in March after being accused of hiring a hitman to kill her ex-husband.