President Donald Trump will make his first appearance at the United Nations General Assembly in New York on Tuesday.

Trump, who ran his presidential campaign on a platform of “America First,” will make his case to a global audience that the United States will remain engaged around the world.

During the 2016 campaign, Trump gave a speech to the American Israel Public Affairs Committee’s conference and mentioned what he called the “utter weakness and incompetence of the United Nations.”

On Monday, Trump spoke at the United Nations during a meeting about UN reform.

.@realDonaldTrump: "We affirm our commitment to the United Nations reform." pic.twitter.com/Zt5FPN6yH3

At the meeting, UN Secretary-General António Guterres of Portugal said he was recently asked what kept him up at night. His reply? “Bureaucracy.”

We commend SG @AntonioGuterres & his call for the UN to focus more on people & less on bureaucracy. #USAatUNGA #UNGA https://t.co/KVvCMznmcN pic.twitter.com/UQn6RrC9Xw

Here’s what you need to know about the UN General Assembly:

1. The UN General Assembly Is One of Six Main Bodies That Make Up the United Nations

The General Assembly is the only part of the United Nations that gives all member states equal representation.

Decisions on important questions, such as those on peace and security, admission of new members and budgetary matters, require a two-thirds majority. Decisions on other questions are by simple majority.

#UNGA kicking off, a sense of excitement in the air. Just spoke to Twitter, FB, Instagram, Snapchat & Weibo about my focus on people! pic.twitter.com/H6wgqn81OV

Miroslav Lajčák is the president of the 72nd Session of the UN General Assembly. A longtime diplomat from Slovakia, he also serves as the Minister of Foreign & European Affairs of Slovakia.

According to his government bio, he speaks English, Russian, German, French, Serbian/Croatian/Bosnian/Montenegrin and Bulgarian.

The presidency changes every session. The previous president of the UN General Assembly was Peter Thomson of Fiji.

The 72nd session of the UN General Assembly began this week at the United Nations headquarters in New York City.

There are six committees:

The General Assembly adopts a working agenda each year. This year a new item has been added to the agenda: “The Responsibility to Protect and the prevention of genocide, war crimes, ethnic cleansing and crimes against humanity.”

4. There are 21 Vice Presidents on the UN General Assembly

5. The Delegation Occupying the First Seat in the General Assembly Hall Is Chosen Randomly

General Debate of @UN General Assembly to open in New York on Sept. 19, watch this time-lapse video to get some idea of what it will be like pic.twitter.com/VbHeLFf8LJ

The size or influence of a nation doesn’t determine where its delegates will sit in the General Assembly Hall. Instead, it’s chosen by a random draw of names. This year, the Czech Republic was chosen for the first seat.

Acting in accordance with tradition, the Secretary-General then drew lots to determine which delegation would occupy the first seat in the General Assembly Hall during the seventy-second session. The Czech Republic’s delegation was picked for the first seat, to be followed in English alphabetical order by all the other countries, including in the Main Committees. 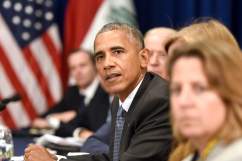