Manafort, 68, and Gates, 45, were both charged conspiracy against the United States, conspiracy to launder money, unregistered agent of a foreign principal, false and misleading FARA statements, false statements, and seven counts of failure to file reports of foreign bank and financial accounts. The indictment was unsealed Monday. You can read the 31-page document below:

The indictment alleges that the two men “acted as unregistered agents of the government of Ukraine, the Party of Regions (a Ukrainian political party whose leader was Victor Yanukovych was president from 2010 to 2014), Yanukovych and the Opposition Bloc (a successor to the Party of Regions that formed in 2014 when Yanukovych fled to Russia.” According to the indictment, “Manafort and Gates generated tens of millions of dollars in income as a result of their Ukraine work. In order to hide Ukraine payments from United States authorities, from approximately 2006 through at least 2016, Manafort and Gates laundered the money through scores of United States and foreign companies, partnerships and bank accounts.

Manafort and Gates separately turned themselves in to Monday morning to the FBI and are expected to appear in D.C. federal court at 1:30 p.m., CNN reports. Their attorneys have not yet commented about the case.

Manafort’s financial dealings, both with foreign leaders, including in Ukraine, and with Russian businessmen, among others, have long been a target of federal scrutiny. The indictment against Manafort was not unexpected. In September, it was reported by the New York Times that Manafort had been told he would likely face criminal charges as a result of the Mueller probe.

The FBI served an early morning search warrant at Manafort’s home, using a no-knock raid to enter the apartment, the Times reported. Agents took binders stuffed with documents and copied Manafort’s computer files, according to the Times.

Manafort worked as the Trump campaign chairman from April 2016 to August 2016, when he resigned after questions about his lobbying history overseas, especially in Ukraine, were raised, according to CNN. His resignation also came amid a power shift in the campaign, with Steve Bannon taking over as campaign CEO and adviser Kellyanne Conway being put into the campaign manager role. CNN reported at the time that the issue was more about his relationship with Trump than the Ukraine lobbying concerns, with a source telling the network, “Trump and he don’t have chemistry.”

In a statement at the time, Trump said, “This morning Paul Manafort offered, and I accepted, his resignation from the campaign. “I am very appreciative for his great work in helping to get us where we are today, and in particular his work guiding us through the delegate and convention process. Paul is a true professional and I wish him the greatest success.”

Gates is a longtime junior partner and protege of Manafort, the New York Times reports. According to the Times, Gates’ name appears on documents linked to companies that Manafort’s firm set up in Cyprus to receive payments from politicians and businessmen in Eastern Europe.

A pro-Russian lobbyist, Gates was brought into the Trump campaign along with Manafort, and remained in Trump’s orbit after Manafort left, The Daily Beast reports. He was part of the Trump transition team and then worked for pro-Trump American First Policies after that, before leaving that nonprofit in March. He was spotted in the White House in June 2017.

“Rick [just] wandered around,” a Republican source familiar with the most recent White House visit told The Daily Beast. “My understanding is that [President Trump] had no idea he was in the building otherwise he wouldn’t be too happy.”

The existence of the indictment was first reported on Friday by CNN.

Mueller was appointed as special counsel in the investigation into Russia’s role in the 2016 election in May 2017 by Deputy Attorney General Rod Rosenstein. Rosenstein is overseeing the Justice Department’s involvement in the probe after Attorney General Jeff Sessions, who was a Trump campaign surrogate, recused himself.

The appoint of Mueller came after Trump fired FBI Director James Comey on May 9. Mueller took the special counsel job on May 17 and was given broad discretion as to what he was investigating.

Rosenstein said in a letter that Mueller will be investigating “any links and/or coordination between the Russian government and individuals associated with the campaign of President Donald Trump.”

According to CNN, top attorneys from Mueller’s team, including his right-hand man, Andrew Weissmann, were seen at the D.C. court where the grand jury has been seated. A “flurry of activity” was seen inside the courtroom, according to CNN.

The indictment is not the end of the investigation. Legal experts have said these charges could be used to push for cooperation in other areas that are being looked at by Mueller’s team.

“There is a lot of pressure on people who are under investigation to cooperate with Mueller after this indictment,” Michael Zeldin, a lawyer who served as special assistant to Mueller when he was in charge of the FBI, told CNN.

The White House has not commented about the indictment, but an administration source told CNN, “”today has zero to do with the White House.” 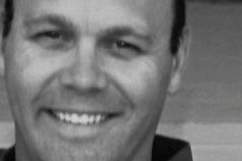 Loading more stories
wpDiscuz
0
0
Would love your thoughts, please comment.x
()
x
| Reply
The indictment against Paul Manafort and Rick Gates has been unsealed. You can read the full document here.