A sixth woman has stepped forward to say Alabama former Chief Justice and current Republican senatorial candidate Roy Moore had inappropriate sexual conduct with her, around the same time a seventh woman added that Moore had propositioned her teenaged self back in the day, according to AL.com. Here’s five things you need to know:

1. This is the First Allegation of Inappropriate Behavior From After Moore was Married

The first four allegations of inappropriate sexual conduct against Moore were first published by the Washington Post on Nov. 9. All four women said Moore made moves on them when they were teenagers and Moore in his early 30s. Moore’s fifth accuser, Beverly Young Nelson, first made her accusation during a press conference with lawyer Gloria Allred. According to Nelson, when she was 16 years old and working as a waitress, Moore sexually assaulted her. Moore was still unmarried at the time of the alleged incident.

Tina Johnson, the sixth woman to complain about Moore, differs from Moore’s apparent usual pattern. According to AL.com, she encountered Moore in the fall of 1991 when she was 28 years old– and Moore had already been married to his wife Kayla for six years.

According to AL.com, Johnson said that in the fall of 1991, she was unemployed and going through a difficult divorce. Her 12-year-old son had been living with her mother, and Johnson planned to formally give custody of the boy to his grandmother. Johnson’s mother hired Moore to handle the custody paperwork.

Johnson told AL.com Moore started flirting with her almost as soon as she stepped into his office. “He kept commenting on my looks, telling me how pretty I was, how nice I looked. He was saying that my eyes were beautiful. … I was thinking, can we hurry up and get out of here?”

Johnson had two young daughters in addition to her son, and says that Moore also asked questions about her daughters, asking what color their eyes were and whether they were as pretty as she was.

According to Johnson, Moore grabbed her buttocks after the custody papers had been signed, and she and her mother got up to leave. “He didn’t pinch it; he grabbed it,” she told AL.com. But she said nothing about it to her mother at the time. Years later. she told AL.com, “I want people know that it’s OK to finally say something. I guess I’m ashamed I didn’t say nothing, didn’t turn around and slap him. … This is not a politics thing with me. It’s more of a moral and religious thing.”

AL.com’s interview with Tina Johnson also includes an account from Kelly Harrison Thorp, who was a 17-year-old high school senior in 1982, waitressing at a Red Lobster restaurant in Gadsden, Alabama.

Thorp told AL.com that Moore came in to the Red Lobster one day when she was working, and she instantly recognized him because, as the deputy district attorney for Etowah County, “He was a public figure in this small town.” Thorp said Moore asked her if she’d like to go out with him sometime. “I just kind of said, ‘Do you know how old I am?,'” she said. “And he said, ‘Yeah. I go out with girls your age all the time.”

Thorp turned him down and said she had a boyfriend, and Moore walked away.

3. Thorp and Johnson Explained why They Waited so Long to Speak of This

One counterargument Moore and his supporters have used to dismiss the growing list of allegations against Moore is that his alleged sexual misconduct happened several decades ago, and in all the time since then nobody came forward with complaints until now, barely a month before Alabama’s special senatorial election, which Moore and his supporters interpret as proof that all such allegations were politically motivated. (When the Washington Post published the first four allegations against Moore on Nov. 9, Moore responded on Twitter: “The Obama-Clinton Machine’s liberal media lapdogs just launched the most vicious and nasty round of attacks against me I’ve EVER faced! We are are in the midst of a spiritual battle with those who want to silence our message.”

But Johnson and Thorp both deny having political motivations. Thorp told AL.com that the reason she didn’t speak out sooner is that Moore had wielded a lot of power in her town and state, and she didn’t think she would be believed. “Everybody knew it wouldn’t matter, that he would get elected anyway because his supporters are never going to believe anything bad about him.”

Johnson said the reason she chose to finally speak out was even simpler. “It’s because somebody asked,” she said. “If anybody had asked, we would have told it. No one asked.”

4. Moore’s Supporters so far Have Lived up to Thorp’s Prediction

Kelly Thorp told AL.com that one reason she waited as long as she did to tell her story about Moore is that “he would get elected anyway because his supporters are never going to believe anything bad about him.” Though it is still too early to tell whether Moore will win next month’s election, his supporters have indeed steadfastly refused to believe anything bad about him. Alabama state auditor Jim Zeigler infamously defended Moore by approvingly citing Biblical stories about young women involved with much older men. “Take the Bible. Zachariah and Elizabeth for instance. Zachariah was extremely old to marry Elizabeth and they became the parents of John the Baptist. Also take Joseph and Mary. Mary was a teenager and Joseph was an adult carpenter. They became parents of Jesus. … There’s just nothing immoral or illegal here. Maybe just a little bit unusual.”

Other GOP officials in Alabama made even more supportive comments, with Bibb County GOP chairman Jerry Pow telling one reporter he would vote for Moore even if Moore did commit a sex crime against an underaged girl, because “I wouldn’t want to vote for Doug [Jones, Alabama’s Democratic candidate for the Senate seat].”

As for Moore himself: he had not yet commented on Johnson and Thorp’s allegations as of the evening of Nov. 15, but did take to Twitter to retweet a statement released by the Moore Campaign: “Twelve Women Come Forward to Affirm Roy Moore’s Character.”

5. The Sixth Accusation Came out Less Than a Day after Sean Hannity Threatened to Withdraw his Support for Moore

Fox News host Sean Hannity initially responded to the Moore allegations by strongly defending Moore (and that initial support resulted in a brief backlash against Keurig coffee, for advertising on Hannity’s show).

But on Tuesday evening Hannity changed course, publicly telling Moore that he had 24 hours to either explain certain “inconsistencies” in his story, or bow out of the senate race. Moore responded on Wednesday night by releasing an “open letter” to Hannity, ending with “When allegations of events occurring 40 years ago—and never before mentioned during a 40-year career of public service—are brought out and taken seriously only 30 days before a critical election, we may be in trouble as a country. I adamantly deny the allegations of Leigh Corfman and Beverly Nelson, did not date underage girls, and have taken steps to begin a civil action for defamation. Because of that, at the direction of counsel, I cannot comment further.” 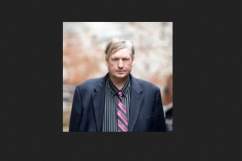 Read More
5 Fast Facts, Breaking News, Politics
A sixth woman has come forward to accuse Roy Moore of inappropriate sexual behavior, while a seventh confirmed that he'd asked her out when she was a teen and he in his 30s.