An Alabama woman has come forward and accused Republican senatorial candidate Roy Moore of initiating a sexual encounter between the two when she was 14. Leigh Corfman, 53, told her horrific story to the Washington Post in a bombshell report that was published on November 9.

Moore won the nomination to be the Republican senatorial candidate in September 2017 after defeating the Trump-backed Luther Strange in the GOP primary. Moore will face off against Democrat Doug Jones in the special election to replace Attorney General Jeff Sessions on December 12. Moore is a former chief justice of Alabama’s Supreme Court.

1. Corfman Says She Was Approached by Moore While Her Parents Were Embroiled in a Custody Dispute

Corfman told the Washington Post that Roy Moore approached her when she was 14 years old outside of a courtroom in Etowah County, Alabama. At the time, Moore was a 32-year-old assistant district attorney. After speaking with Corfman and her mother, Nancy Wells, Moore allegedly offered to watch the teen while Wells went into the courtroom for a child custody hearing. Online records show that Corfman’s father, Robert Corfman, died in January 2016.

During that time, Corfman says that she gave her phone number to Moore. A few days later, Moore picked her up from her home in Gadsden, Alabama. The two went to his home, a 30 minute drive from Corfman’s house. The two kissed. On a second date, Corfman says that Moore touched her over her bra and underwear. She adds that Moore took Corfman’s hand and put it over his underwear. Corfman said, “I wasn’t ready for that – I had never put my hand on a man’s penis, much less an erect one.” During one encounter, Corfman said that Moore was wearing nothing but “tight white” underpants. In that same encounter, Corfman accuses Moore of giving her alcohol. The legal drinking age in Alabama at the time was 19.

Corfman told the Post, “I wanted it over with – I wanted out. Please just get this over with. Whatever this is, just get it over.” After telling him she was uncomfortable, Moore took her home.

Corfman called Moore “charming and smiley” and that she was “kind of giddy, excited, you know? An older guy, you know?”

The Post goes on to say that reporters interviewed three other women who were between 16 and 18 when they say Moore pursued them for intimate relationships. Corfman is the only one who said she had “sexual contact” with Moore.

2. Corfman Says She Is a Republican Who Voted for Trump

GettyPresident Donald Trump on Monday during a dinner with Latin American leaders at the Palace Hotel.

In a statement to the Post, Moore said, “These allegations are completely false and are a desperate political attack by the National Democrat Party and the Washington Post on this campaign.” Moore also called the story “the very definition fake news.”

Corfman told the Post that she has voted Republican in the last three presidential elections, including voting for Donald Trump in 2016. Heavy.com found a Facebook comment from Corfman where she spoke about buying a Stonewall Jackson antique. Jackson was arguably the best known confederate commander after Robert E. Lee.

3. Corfman Didn’t Come Forward Previously Because She Was Worried About Her Own Credibility

Corfman has a son and a daughter with country musician Dave Polston. Polston plays the five string banjo in they style of Earl Scruggs for the band 2 Lazy 2 Ranch band. Polston is also a banjo, dobro and guitar teacher.

She told the Post that the reason she didn’t come forward in 2000 when Moore was campaigning for the state Supreme Court was because her children were still in school. Corfman added that she was worried about her own credibility due to financial problems and three divorces. She says of this, “There is no one here that doesn’t know that I’m no angel.”

Corfman lived for a time in Arizona, where her children’s father is based. While there, a screen-printing business she had with her husband ended up leaving her heavily in-debt. The Post says in 1991 that she was in debt $139,689 in unpaid claims.

According to Corfman’s now-deleted LinkedIn page, she works a payday loan company. Previously, Corfman worked as a finance manager at a motorcycle dealership.

Corfman says, “I have prayed over this. All I know is that I can’t sit back and let this continue, let him continue without the mask being removed.”

4. Corfman Was in the News in 2013 When Her Son’s Prom Night Was ‘Ruined’ by Local Police

Corfman made the news in 2013 when a prom her son was attending for Southside High School was raided by local police, reports WBRC. Corfman’s son told the station that the music was turned-off halfway through, the lights came on, and police began doing a table-to-table search without telling anyone what they were looking for. Corfman’s son said, “They just pretty much ruined the good time we were supposed to have.”

While Leigh Corfman told WBRC, that event was a “total nightmare” and that she was “horrified” by the police saying, “What about their rights?”

5. Moore Has a ‘Double Digit’ Lead Over His Democratic Challenger Doug Jones

According to Alabama.com, Moore is leading his Democrat challenger Doug Jones 51 percent to 40 percent. A spokesman for the polling company, Jonathan Gray of Strategy Research told the website, “People are not paying attention [to the race] right now. I just think it’s going to be late in the cycle when it gets tighter.”

Prior to the publication of the Post report, WHNT reported that Moore was refusing to debate Doug Jones. 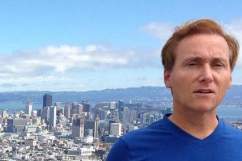 Loading more stories
wpDiscuz
0
0
Would love your thoughts, please comment.x
()
x
| Reply
An Alabama woman has come forward and accused Republican senatorial candidate Roy Moore of initiating a sexual encounter between the two when she was 14.