Missouri Governor Eric Greitens has resigned, according to the Associated Press.

His resignation comes months after it was revealed that he had an extramarital affair a few years ago. He and his wife, Sheena Greitens (nee Chestnut), released a joint statement sharing their personal struggle with the public on January 10.

The former First Lady of Missouri Sheena Chestnut Greitens works as an Assistant Professor of Political Science at the University of Missouri, a position that she has held since January 2015.

She grew up in Washington State and was the oldest of four children. Her mom, Dr. Janet Chestnut, is an oncologist for Group Health Cooperative in Spokane, Washington. Her dad, Dr. Tim Chestnut, works as a pulmonary, sleep medicine, and critical-care physician.

1. She Is Staying With Her Husband

News 4 obtained a recording in which a woman can be heard saying that she had a “sexual encounter” with Greitens and added that he “blackmailed her” by using a naked photo to keep it “quiet.” The information was released by the woman’s now-ex-husband, who told the outlet that he recorded the conversation with his ex without her knowing.

Shortly after the news story broke, Greitens and his wife released a joint statement, showing a unified front.

“A few years ago, before Eric was elected Governor, there was a time when he was unfaithful in our marriage. This was a deeply personal mistake. Eric took responsibility, and we dealt with this together honestly and privately. While we never would have wished for this pain in our marriage, or the pain that this has caused others, with God’s mercy Sheena has forgiven and we have emerged stronger. We understand that there will be some people who cannot forgive – but for those who can find it in your heart, Eric asks for your forgiveness, and we are grateful for your love, your compassion, and your prayers,” the couple said in a joint statement on January 10.

“We have a loving marriage and an awesome family; anything beyond that is between us and God. I want the media and those who wish to peddle gossip to stay away from me and my children,” Sheena Greitens said in a separate statement. 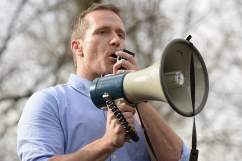 In August 2011, Eric and Sheena tied the knot. They exchanged vows at Beacon Hill, in Spokane, Washington, not far from where Sheena grew up. The wedding was officiated by the Rev. Dr. Kenneth Onstot, a Presbyterian minister, according to the couple’s New York Times wedding announcement. Said wedding announcement also revealed that Eric Greitens had previously been married.

A couple of years after their wedding, the Greitens became a family of three, welcoming their first son, Joshua. He became a big brother when his parents welcomed baby Jacob.

“My husband and I really see ourselves as a pretty normal, two-working-parent family with small kids. We both love what we do. It’s really important to us to do our jobs, to do them well,” Sheena Greitens told the Columbia Missourian in February 2017.

3. She Attended Harvard & Teaches Political Science at the University of Missouri

We’ve been celebrating Hanukkah with Joshua and Jacob! One of the best things you get to do as a parent is share the traditions of your childhood with your own children. We want to wish all of you a Happy Hanukkah!

She also serves at the university’s co-director of the Institute for Korean Studies.

“She is a non-resident senior fellow at the Center for East Asian Policy Studies at the Brookings Institution and an associate in research at the Fairbank Center for Chinese Studies at Harvard University,” according to her University of Missouri bio.

As for being able to separate her work as a professor and her obligations as first lady of Missouri, Sheena Greitens explained her mindset in an interview with the Columbia Missourian.

“When I’m on campus, I’m not here as the first lady, I’m here as their professor. My role is to teach and do research. My time is really a hundred percent devoted to my role as a professor and researcher.”

She is currently working on a book that is slated to be released later this year. She published Dictators and Their Secret Police: Coercive Institutions and State Violence, in 2016.

In December 2016, Sheena Greitens was robbed at gunpoint. Eric Greitens shared the scary ordeal on Facebook. You can read his post below.

“Tonight, my wife Sheena—the mother of my two boys, and the future First Lady of Missouri—was robbed at gunpoint not far from our home. She is safe—but shaken. We are grateful for the men and women of law enforcement. Their response was swift and skilled, and we thank God for their presence tonight.”

“I have spoken in the past about the importance of public safety. About the need to take care of the men and women of law enforcement who have our backs. About the danger too many Missourians feel walking in their neighborhoods at night, or taking their kids to school, or going to the grocery store.”

“We are also thankful tonight: for God’s grace, for our brave men and women in law enforcement, for the safety of our family, and for the prayers of so many of you. God bless all Missourians, and those who keep us safe.”

5. As First Lady of Missouri, She Focuses on Foster Care & Adoption Initiatives

Great to host the 2017 Fall Harvest Festival!  Happy Hayrides, Candy Corn, and Caramel Apples for everyone!

Sheena Greitens has dedicated a lot of her time to foster care and adoption initiatives, which are things that are very close to her heart.

Sheena Greitens grew up with an adopted sibling. When she was 8 years old, her parents adopted another daughter, whom Sheena is very close to.

“Having an adopted sibling is something that is really important to me. It’s something that as a mother, as a teacher and now in this new role (as first lady) I really care about. So I’m excited to find out from people what we can do to support that system and make it work better,” Sheena Greitens told the Columbia Missourian last year. 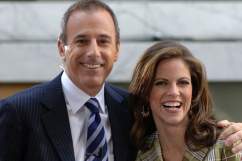 Loading more stories
wpDiscuz
0
0
Would love your thoughts, please comment.x
()
x
| Reply
Missouri Governor Eric Greitens admitted to cheating on his wife, Sheena, an assistant professor at the University of Missouri. Here is what you need to know.