Cops in Arizona say they have arrested a serial killer who is responsible for the murders of nine people in the latter part of 2017. Authorities in Phoenix announced on January 18 that Cleophus Cooksey Jr., 35, who was already in custody, was being accused of killing nine people. Cooksey had been arrested in December 2017 and accused of killing his mother and stepfather, reported CBS Phoenix.

AZ Central reports that Cooksey has an extensive criminal record including spending most of his 20s in prison on a manslaughter conviction. The website adds that authorities were apparently unaware that the murders were connected until Cooksey was in custody. The report says that the murders were spread across demographics and were committed using various methods. Cooksey was linked to all of the killings through his gun. Officials have not ruled out the possibility that there could be more victims.

According to Cooksey’s December 2017 probably cause document, when he was taken into custody, he told arresting officers, “I’m the strongest man alive.” The documents say that police were called to Cooksey’s mother, Rene, and her husband, Edward Nunn’s, home at around 8 p.m. on December 17. Neighbors told cops that they had heard gun shots coming from the house. The suspect told officers that he was alone in the home and they couldn’t come inside. Eventually, Cooksey came outside when an officers noticed blood on his hand. Cooksey said he had his cut his hand. It was only when Cooksey became evasive did officers try to restrain him and enter the home. Upon entering, the bodies of Rene Cooksey and Edward Nunn were found. Both died as a result of gunshot wounds. In addition to talking about his strength, Cooksey, “I’ll cut your throat” and “I control the gun.”

Authorities said at a January 18 press conference that one of the victims had been abducted and sexual assault before her murder. Another was the brother of Cooksey’s ex-girlfriend, reports AZ Central. The other victims appear to be random, according to officials. Some were killed after Cooksey set up meetings online. 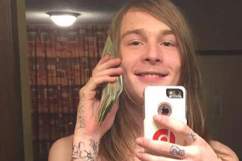 2. Cooksey Was Last Released From Prison in July 2017

Cooksey has a lengthy criminal record, according to the Arizona Department of Corrections. When he was 16 years old, Cooksey was convicted of manslaughter in 2001 and spent 13 years in prison as part of an armed robbery conviction that ran concurrently. Cooksey had multiple legal problems while in prison including a 2008 citation for a sex act. He was released in 2014, in June 2016, Cooksey was arrested on a parole violation which led to him seeing out the original sentence of his manslaughter conviction.

AZ Central reports that Cooksey was and four others robbed a Phoenix strip club in 2001 which led to his conviction of manslaughter and armed robbery. The article quotes a statement from Cooksey’s probation officer that reads, “(Cooksey’s) record is characterized by recidivism and by escalation in the serious and dangerous nature of the offenses. The pattern of criminal behavior leads to the conclusion that the defendant is a very dangerous individual.”

3. Cooksey Was an Aspiring Rapper Going by the Name of King Playbola

According to his YouTube channel, Cooksey was an aspiring rapper who goes by the moniker King Playbola. His song titles include, “Hoodlum” and “Who Knows?” Records show that Cooksey was due to play a show at the Rhythm Room in Phoenix on December 21, four days after his mother was murdered.

His first rap video was uploaded in November 2015, around the same time Cooksey was arrested on DUI charges. According to his Facebook page, Cooksey is the CEO and founder of Fresh Ta Def Entertainment. 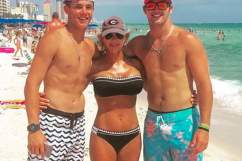 4. Cooksey Was Father Was Convicted of Setting Fire to a Post Office in a Vendetta Against the Federal Government in 2016

5. Cooksey Is Not Thought to Be Related to the Accused Maryvale Serial Shooter Aaron Saucedo

Cooksey’s crimes are related to Aaron Saucedo, the accused Maryvale serial shooter. Saucedo is also accused of killing nine people and injuring three others in the Phoenix suburb. Those shootings occurred over a time period between August and July 2016. Saucedo was arrested on May 8, 2017. On July 6, Saucedo pleaded not guilty to the charges put before him.

An ABC Phoenix report prior to Saucedo’s arrest saw FBI criminal profiler describe the serial shooter as a “thrill killer.” The profiler, Brad Garrett, said that it was likely the suspect would insert himself into the investigation and community as best he could. Saucedo’s trial is set to begin in November 2019.

Loading more stories
wpDiscuz
0
0
Would love your thoughts, please comment.x
()
x
| Reply
Cops in Arizona say they have arrested a serial killer who is responsible for the murders of nine people.