Playboy December 1992 playmate Barbara Moore told the Daily Mail she had a six month-long affair with Donald Trump while he was engaged to a pregnant Marla Maples.

Moore, 49, told the publication that she and Trump were together from March 1993 until September 1993. She has no regrets and called Trump a “great lover” and a “great president.”

Trump married Maples in December of 1993, three months after Moore and Trump ended their relationship. Tiffany Trump was born in October of 1993, a month after Moore said the affair had ended.

1.Moore Was a Playboy Playmate & Was Named Miss December 1992 & Has Had a Number of Acting Roles

According to her IMDb page, Moore was born in Spokane, Washington in 1968 and was rasied in Seattle. At 18, she took a job as a flight attendant and was based in Nashville. She began modeling, acting and appearing in music videos. IMDb says Moore appeared in videos for Reba McEntire, Waylon Jennings, Hank Williams Jr., Aerosmith Phil Collins and Charlie Daniels.

In 1992, she modeled for Playboy and “went on to serve as a “foreign Playboy spokeswoman” for several years and has appeared in numerous Playboy videos and Playboy collections over the years. Moore made appearance on TV shows including ‘Married with Children,’ acted in a few movies including ‘Wild Malibu Weekend!’ and was a Fembot in ‘Austin Powers: International Man of Mystery.’

She is also a U.S. National Pro-Am Ballroom Dance Champion. IMDb says Moore almost married actor Lorenzo Lamas “but they amicably called off their wedding two weeks before the date.” 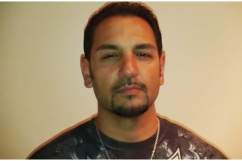 2. Moore Met Trump in His Atlantic City Casino & Hotel & They Spent the Night Together

The Daily Mail reported that Moore and Trump met at Trump’s Castle Casino Hotel in March of 1993. Moore had been hired to do an event by Playboy given her recent celebrity as the 1992 December Playmate. She said she and other Playboy models flew to New Jersey and said she and the other young women were thrilled.

“We were all pretty excited because Donald Trump was The Donald and he had not long written The Art of the Deal,” Moore told the Daily Mail. “And, you know, he’s a powerful man and he was one of the most eligible bachelors in the world.” She said the other models were fawning and flirting with Trump but he picked her out.

“You want to go with me?” And I just said yes. And so we left and we went to his suite,'” she told the paper. She said Trump charmed her saying she was “beautiful” and “classy.” They spent the night together.

Then 24, she said Trump told her he was impressed with her work ethic, starting out as a flight attendant at 18 and working her way up. Moore said she called Playboy after finding a number in the Yellow Pages.

3.Trump Flew the 24-Year-Old Playmate to Mar-A-Lago for 5 Days

Playboy centerfold affair with Trump while Marla Maples was pregnant https://t.co/qJQM8gyq8u via @MailOnline

A few weeks after they first met, Trump flew Moore to Mar-a-Lago. She spent five nights there, she said. And shared dozens of photos of herself, and even a photo of Trump at his Palm Beach mansion.

She said they played golf. She was very attracted to him, she said. “He was so tall and big, and he’s so manly and that is my type. And then on top of that he’s powerful and he was the supreme gentlemen, he made me feel so beautiful,” she told the Daily Mail.

Who wore it better? Playmate Barbara Moore claims she had an affair with Trump when he was engaged https://t.co/vZGhaQshMB pic.twitter.com/ZpsN9rGFx3

Moore said she and Trump “had a nice time, long dinner, nice conversation, and I spent the night in his master bedroom where we had sex. The next day we went swimming.” She said he took a lot of pictures of her.

After the stay with Trump in Florida, Moore said they kept in touch and she was friendly with his two personal assistants. 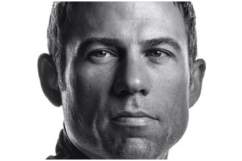 Michael Avenatti’s Net Worth: 5 Fast Facts You Need to Know

4. Moore Said She Came Forward After Being Named by Playboy Model Karen McDougal in a Lawsuit Against the National Enquirer

Moore said that she came forward to share the details of her six month affair with an engaged and soon-to-be father for the fourth time, after being besieged by the media after her name became public as part of former Playboy model Karen McDougal’s lawsuit against America Media parent company of the National Enquirer.

McDougal, a former pre-K teacher who became a model, also claimed to have had an affair in 2006 with Trump. Rowan Farrow’s piece for The New Yorker described “one woman’s account of clandestine meetings, financial transactions, and legal pacts designed to hide an extramarital affair.” McDougal detailed her nine-month affair with Trump for the magazine. But she also shared that her story was purchased by American Media, Inc. for $150,000 in November of 2017. A ‘catch-and-kill ploy where the publication buys a story to either suppress it or use in as leverage. In this case, it was to keep the affair quiet.

5. Moore & Trump Continued the Affair For Six Months, From March to September. Moore Claimed She Wasn’t Aware Trump Was Engaged Much Less to a Pregnant Marla Maples

Moore told the Daily Mail that she and Trump had grown close and regularly spoke by phone “for hours on end.” She claimed she was on occasion “patched up to his phone on board his private jet.”

“He always had time for me and would always say ‘Hi, beautiful.’ And that made me feel good. I got so comfortable with the phone calls, he wanted to know how my days were and he’d mostly talk about me. I definitely felt like our relationship was getting stronger. And, and that’s when he invited me to New York to the Trump Tower and I just thought that, you know, we were an item. I thought that we were dating and I was special,” Moore told the Mail.

She said she was flown New York and spent the weekend with Trump in his “opulent Trump Tower penthouse apartment for what was to be a relatively uneventful weekend.”

“It was really over the top, what a place. But I remember from that trip was that we just hung out at his place, ate food, watched movies, had sex,” she told the Daily Mail.


GettyDonald Trump touches Marla Maples stomach in 1993 to confirm published reports that the actress is pregnant with his child.

Moore said she recently found out Maples was pregnant with Tiffany Trump at the time of the affair and added, “I don’t hold it against Donald, he was a great lover and I think he’s a great president.” 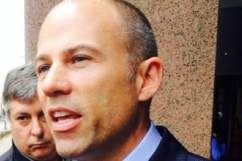 Read More
5 Fast Facts, Breaking News, Celebrities, Donald Trump, Politics
wpDiscuz
0
0
Would love your thoughts, please comment.x
()
x
| Reply
Playboy December 1992 playmate Barbara Moore had a six month-long affair with Donald Trump while he was engaged to a pregnant Marla Maples. Moore, 49, told the publication that she and Trump were together from March 1993 until September 1993. She has no regrets and called Trump a “great lover” and a “great president.”