Authorities say two people are dead after a man crashed his vehicle into a restaurant in Bessemer City, North Carolina, located in Gaston County, approximately 30 miles outside of Charlotte.

The suspect, identified by authorities as 62-year-old Roger Self, of Dallas, North Carolina, was taken into custody May 20 shortly after allegedly ramming his car into the Surf and Turf Lodge on North 14th Street while the restaurant served Sunday brunch. His daughter, 26-year-old Katelyn Self, a corporal with the Gaston County Sheriff’s Department, is among the dead, as is his daughter-in-law, Amanda Self, according to police.

According to NBC Charlotte, a source said the man walked into the establishment with his family and sat them down before intentionally driving his vehicle into the restaurant.

A helicopter arrived on scene to take people to local hospitals, and it is reported that four people were injured.

Authorities believe the incident to be domestic related, and the Self family’s pastor cited mental illness as the main cause, adding that Roger Self had sought medical attention and all guns had been removed from the home.

The family’s social media profiles showed no signs of trouble, and Roger Self’s wife, Dianne Self, posted a loving dedication to the suspect just one day before the alleged attack.

Roger Self is charged with two counts of first-degree murder and is being held without bail.

1.The Suspect Sat His Family Down to Eat Before Leaving the Restaurant, & Crashing His Vehicle at a High Rate of Speed Into the Establishment, Witnesses Say

FacebookKatelyn Self and her father, Roger Self.

The suspect was identified as Roger Self, of Dallas, North Carolina, friends say, according to the Gaston Gazette. Self allegedly sat his family down to eat before leaving Surf and Turf Lodge, got into his vehicle, reportedly a white Jeep SUV, and proceeded to intentionally ram it into the front door of the restaurant at about 12:04 p.m.

This is the car that Roger Self drove into the Surf and Turf Lodge in Bessemer City killing 2 people, including his own daughter. #WBTV pic.twitter.com/YQVbBpDU0w

Authorities say Roger Self was travelling at a high rate of speed when he crashed through the establishment into the area where his family was sitting.

“I heard a loud boom,” said Caleb Martin, the restaurant’s busser, according to WCNC. “I turned the corner and saw the back of a white car in the doorway. I didn’t know what to do.”

Here is the arrest warrant charging Roger Self for the murder of his daughter, Katelyn Self, a Gaston Co sheriff’s deputy pic.twitter.com/Ui5UYpu6DM

Roger Self was a regular customer at Surf and Turf Lodge, Martin said, according to WCNC.

“It’s definitely changed me mentally and emotionally,” he told the news station. “I definitely want to help people more in any way I can.”

2. Self’s Daughter & Daughter-in-Law Were Killed in the Atrocious Act, According to Police

Roger Self’s daughter, identified by authorities as Katelyn “Kate” Self, an off-duty officer with the Gaston County Sheriff’s Office, lost her life to the incident.

The Gaston County Sheriff’s Department released the following statement regarding Katelyn Self losing her life to the tragedy:

Today we lost one of our own, Deputy Katelyn Self, in a tragic incident that occurred while she was not on duty. Katelyn has served the Sheriff’s Office for four years and was a corporal in the jail. Our hearts are broken and we ask for your thoughts and prayers during this difficult time, not only for Katelyn’s family and friends, but also her brothers and sisters in uniform.

Katelyn “Kate” Self and Alex Burns.

Katelyn Self’s fiancé, Alex Burns, an officer with the Gastonia Police Department, is reportedly one of the injured due to the attack.

Gaston County District Attorney Locke Bell announced to the Gaston Gazette that Roger Self’s daughter-in-law, Amanda Self, is also among the dead.

The victim worked as a nurse at Caromont Regional Medical Center. She was the wife of Josh Self, Roger Self’s son, who also works as a police officer for the Gaston County Police Department.

The Gaston Gazette reports that “several other members of the Self family are fighting for their lives.”

3. Authorities Believe the Incident Is Related to a Domestic Issue, & the Family’s Pastor Cites ‘Mental Illness’ as the Main Factor

At a news conference May 21, Roger Self’s pastor, Austin Rammell, said he had seen the “entire family” at church only hours before the horrifying incident, adding that he believes mental illness is to blame.

According to the pastor, Roger Self has been dealing with mental illness, including depression, anxiety, and mental breakdowns in recent months, and had sought medical help for the issues.

“There is no way the man I’ve known for 16 years could do this,” Rammell stated. In regards to the suspect’s mental health, he said Roger Self’s family was supportive. Rammell stated, in part:

Family has been loving him through this. He’s been taking precautions. He had all the guns removed from his house, so he was taking steps that were rational. There’s nobody in the world Roger loved more than those people and they know that. Even in the most chaotic, senseless moment like this, they at least cling to the confidence that they know where Kate and Amanda are.

A vigil was held at Venture Church only hours after the tragedy occurred.

4. Self is the Owner & President of Southeastern Loss Management, Inc. 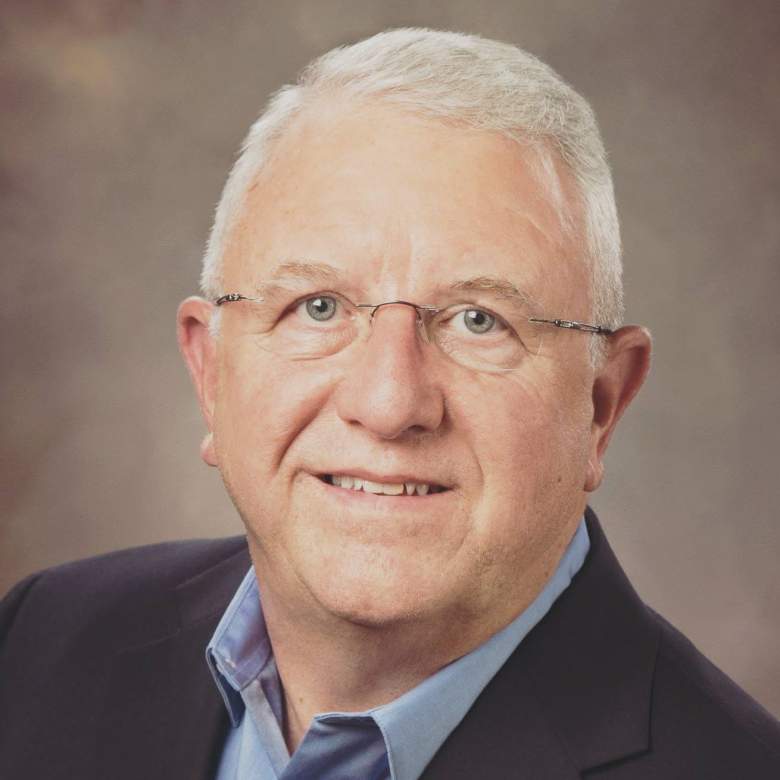 According to his LinkedIn profile, Self is the president and owner of Southeastern Loss Management, Inc., located in Charlotte, North Carolina.

He is a licensed Private Investigator, specializing in business losses. Roger has conducted thousands of interviews with employees who have admitted to embezzlement. Roger has the unique ability to obtain information from individuals who have committed an assortment fraud and business crimes.

Roger has personally recovered hundreds of thousands of dollars in losses that ordinarily would have lost.

Specialties: Interrogation of employees, identifying individuals responsible for theft or fraud in the business community.

According to its website, the company specializes in “Instant Background Checks,” “Employee Drug Testing, and “Churches & Non-Profits.”

The company’s slogan reads; “This business is your life’s dream.” 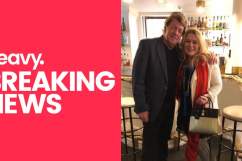 5. His Wife Dedicated a Heartwarming Post to Him Only the Day Prior to the Deadly Attack 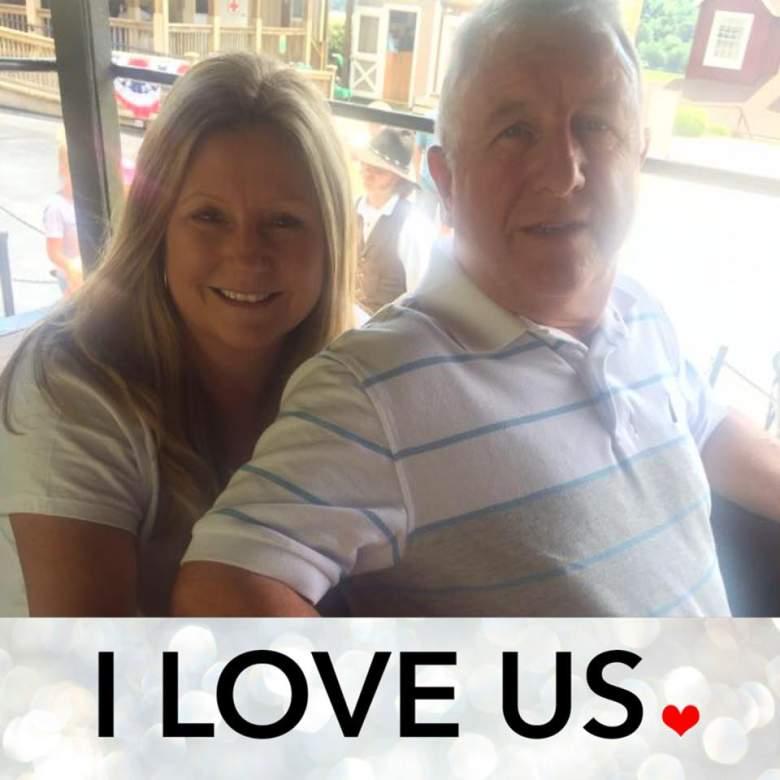 On May 19, Roger Self’s wife, Dianne Self, posted a now-chilling photo message to her Facebook page dedicated to her husband with a heart emoji.

My Husband has made me laugh. Wiped my tears.
Hugged me tight.
Watched me succeed.
Seen me fail.
Kept me strong.
My husband is a promise that I will have A FRIEND FOREVER.

The wife and mother’s profile gives no indication of any trouble going on in the family, with family photos strewn throughout the account.

Loading more stories
wpDiscuz
0
0
Would love your thoughts, please comment.x
()
x
| Reply
Roger Self allegedly sat his family down at a restaurant in Bessemer City, North Carolina, before ramming his vehicle into the establishment, killing his daughter, Katelyn Self, and daughter-in-law, Amanda Self.