YouTube/WLTX Governor Henry McMaster delivering his State of the State address in January 2018.

Henry McMaster is the incumbent governor of South Carolina, but he hasn’t had an easy go of it in his campaign for re-election this year. Having failed to secure more than 50% of the Republican vote during the June primaries, McMaster’s fate will be determined by the runoff vote on Tuesday, June 26, which pits him against local businessman and former veteran John Warren.

Though the stakes are high, none of the three current candidates for governor (Warren, McMaster, or Democratic candidate James Smith) managed to secure more than 10% of the public vote in the primaries. According to The State, turnout for the South Carolina primaries was abysmal. With about 20% total voting turnout, McMaster and Warren only took a combined 8% of registered voters (Smith took even less, with just under 5% of voters). That means that (barring any massive wave of voting during the runoff election) the next governor of South Carolina will have essentially been determined by less than 10% of the voting base.

McMaster, a former war veteran, is the 119th Governor of South Carolina, hoping to finally clench the Republican bid on the Tuesday runoff elections. Here’s what you need to know:

1.The Trump Administration is Campaigning for Him With Full Force

South Carolina governor reacts to Trump endorsementPresident Trump tweets his support for Governor Henry McMaster of South Carolina. FOX News Channel (FNC) is a 24-hour all-encompassing news service dedicated to delivering breaking news as well as political and business news. The number one network in cable, FNC has been the most watched television news channel for more than 15 years and…2018-06-10T18:34:50.000Z

Both President Trump and Vice President Pence have been campaigning for McMaster in South Carolina over the weekend and into Monday, looking to give McMaster a bump going into election day on Tuesday. Of McMaster, Trump tweeted his support on Thursday, noting his loyalty to the administration as well as his success as the Governor of South Carolina.

Governor Henry McMaster is a truly fine man who loves the People of South Carolina. He was one of my very early supporters and truly helped me to a Big South Carolina Victory. I will see you all in S.C on Monday and Vice President Pence will be there for Henry on Saturday!

In another tweet, Trump said, “Henry McMaster has done a great job as Governor of South Carolina. The State is BOOMING, with jobs and new industry setting records. He is tough on Crime and strong on Borders, Health Care, the Military and our great Vets. Henry has my full and complete Endorsement! #MAGA.”

2. He Has A Sense Of Humor About Global Warming

During the primary debates, McMaster (who’s known for being “charming and engaging”) made a series of jokes about global warming, which reportedly left both the audience and the questioner “howling with laughter.”

When asked why he thought the water levels were rising, McMaster said, “The water’s coming up.” When prompted for another, clearer response, McMaster offered, “Must be something melting, I guess.”

“And it’s melting because?” the questioner asked again, to which McMaster replied, “Because it’s warmer.”

Despite McMaster’s acknowledgement of the melting-warming cycle indicative of climate change, there’s no mention of climate change initiatives as one of the issues he plans to address, if re-elected.

S.C. Gov. Henry McMaster on School Walkout DaySouth Carolina Gov. Henry McMaster told members of the press that he found the #NationalSchoolWalkout event to be "shameful" since he said it was organized by a left-wing group exploiting young students. "It appears these innocent school children are being used as a tool by this left wing group to further their own agenda. What…2018-03-14T15:29:09.000Z
According to his site, McMaster believes that human life begins at conception, and has, in the past, issued an executive order “prohibiting taxpayer dollars from being used to fund abortion providers like Planned Parenthood.” McMaster’s also in favor of instituting abstinence-first education in every public school in the state.

McMaster is also a strong supporter of the second amendment, and has the full endorsement of the National Rifle Association.

Of the right to bear arms, McMaster says on his site that owning a firearm is the protected right of every American citizen, and that he supports constitutional carry initiatives, as well as the right of law-abiding citizens to own a gun.

4. He Was the First Elected Official in the Country to Endorse Trump

Watch Lt. Gov. Henry McMaster nominate Donald Trump for presidentSouth Carolina Lt. Gov. Henry McMaster officially nominated Donald Trump for the Republican Party's candidate for president Tuesday at the Republican National Convention in Cleveland.2016-07-19T22:14:07.000Z
McMaster was one of the earliest supporters of Trump during the 2016 campaign, endorsing him in January 2016. Of Trump, McMaster said, “You know, we’ve got a saying in the South that says it’s not the dog in the fight that’s important, it’s the fight in the dog that’s important. Well this dog’s got plenty of fight — and it’s gonna take some fighting.”

At the time, it might have seen like a risky move for a veteran politician, given the wide range of Republican candidates who were viewed as more likely to clench the election than Trump.

Now, McMaster’s hoping to cash in on that support with a heavy push by Trump right before election day. Of his early endorsement of Trump, McMaster recently said, via Fox News, “We see things alike, and I think he’s a great man.”

5. His Republican Opponent is Young Enough to be His Son

John Warren for GovernorI swore an oath to uphold the Constitution and to defend this country from all enemies, foreign and domestic. Today I feel called to serve again, to fight for a South Carolina that is stronger and safer. To lead another mission – and I intend to complete it.2018-02-12T15:14:16.000Z
Political newcomer John Warren is 39 years old (McMaster is 71) and has reportedly rode the momentum of an advertising campaign based off of “his youthful enthusiasm”, according to USNews. Warren spent around three million dollars on his campaign, and has campaigned upon a platform of disrupting the status quo of career politicians.

To supporters, Warren has said that this runoff is indicative of people who are “tired of the status quo and the same old, same old from the people who have spent their lives in government…It’s time to change the coach.”

Polling pits Warren and McMaster within points of one another in the Republican runoff election. But with Trump and Pence both campaigning hard in South Carolina all weekend and into the next week, McMaster might just see a last-minute boost into victory. 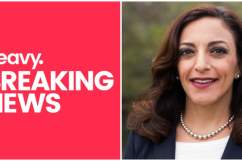 Read More
5 Fast Facts, Politics
Henry McMaster is the current Governor of South Carolina, looking to win another bid in the runoff election this week, against fellow Republican John Warren.