A 12-year-old Chinese girl who went missing at Ronald Reagan Washington National Airport in Virginia on Thursday, August 2, sparking an Amber Alert and fears she was abducted by a woman, has been found safe and is in the custody of her parents, police say.

JinJing Ma was last seen leaving the Arlington airport, the Virginia State Police said in the Amber Alert release. She was found Friday in Queens. The investigation into the incident is being led by the FBI and is ongoing.

“This is a great example of the work that can be accomplished when the community and law enforcement come together to achieve a common goal,” Metropolitan Washington Airports Authority Police Chief David Huchler said in a statement. “We are grateful that Jinjing is safe and with family. Our goal was to locate her to ensure she was safe and unharmed and we have accomplished that goal. I’m proud of our Airports Authority detectives’ excellent work in this case and grateful that we are part of such a capable law enforcement community.”

1. JinJing Ma Arrived at the Airport With Her Tour Group & After Getting Her Passport, Left the Group to Meet an Asian Woman, Police Say

According to the Virginia State Police, JinJing Ma arrived at the Ronald Reagan Washington National Airport in Arlington, Virginia, with a tour group from China. The group was checking in for a flight when she disappeared. JinJing had been given her passport shortly before she went missing, according to police.

Police said surveillance video showed JinJing meeting with an Asian woman in her 40s wearing a black dress after receiving her passport from the tour group. JinJing Ma was last seen at the airport about 8:15 a.m.

Police said JinJing arrived at the airport with her tour group, they received their passports and at some point she stated she was going to the bathroom. Another student then notified a chaperone as they were checking through security that JinJing was missing. Police didn’t receive information that she was missing until an hour after she left the airport. The investigation didn’t warrant an Amber Alert until later in the afternoon, according to police.

No other details about the woman have been released, though police were calling her a suspect. It is not known if she was in the same tour group as JinJing. Police said the tour group is made up of students who were sightseeing and visiting schools. They were planning to fly to the West Coast before returning to China. They have been in the United States since July 26.

2. Police Say the Woman Helped Her Change Clothes & They Walked Together to the ‘Arrivals’ Area of the Airport Before They Disappeared From Camera View

Police said in the Amber Alert that the unidentified woman was seen taking JinJing Ma to an area where she helped her change clothes. They then walked together to the “arrivals” section of the airport before they disappeared from camera view.

The pair was later seen getting into a white Infiniti SUV. Police said they were not able to see the license plate number of the SUV, but the license plates were from New York state. Investigators are trying to use video enhancement to get the plate number. Police do not have any information about where the SUV went after leaving the airport.

Metropolitan Washington Airports Authority Police Chief David Huchler said at a press conference, “We don’t have any reason or understanding as to why she left. Because of her age, because of the circumstances, she was with a tour group, received her passport as part of the check-in here at Reagan National and then left. With those types of information, because of the age of the child, this is a very serious incident.”

3. Police Said JinJing Was in ‘Extreme Danger,’ but She Left the Airport Without Force

“At this point, we don’t know the exact circumstance as to why the child left with this Asian female,” Metropolitan Washington Airport Authority police Chief David Huchler said at a press conference. “The child appears to have left without any force, she entered the vehicle without any force. But that does not release any of our concerns. We are still very concerned because we don’t know the reason why this child left with that Asian female.”

“There is evidence to suggest that while the child was walking with the woman, the child may have put on another piece of clothing,” Huchler said. “That’s part of the investigation. We know she did change clothes. I don’t know specifically if it was a helpful act that she changed clothes, but it does appear that it wasn’t forced or anything like that.”

Police said a witness from the tour group told investigators that a woman who looked similar to the woman seen at the airport possibly met up with JinJing Ma when the group was in New York City. The witness told police that he believes the woman talked with JinJing in NYC and gave her food.

Authorities did not say when or where in New York City that possible meeting took place.

The woman was also seen meeting with an Asian man at Reagan airport before leaving with JinJing, according to police.

“Before this incident occurred, this Asian female was seen with another male subject, those two left each others company and that is when the Asian female then made contact with our child. We don’t see the Asian male again on video, but we do believe that there is a male subject driving the vehicle that the child left in and we are still trying to work through that information as well,” Metropolitan Washington Airports Authority Police Chief David Huchler said at a press conference.

5. The FBI, Virginia State Police & Other Authorities Are Involved in the Investigation & Police Said They Were Contacting the Chinese Embassy

The FBI, the Virginia State Police and the Metro Washington Airports Authority were investigating JinJing Ma’s disappearance along with other authorities. The National Center for Missing and Exploited Children and the FBI’s child exploitation and human trafficking task force were among those investigating. 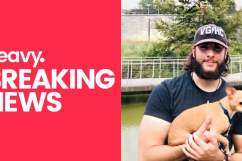 Loading more stories
wpDiscuz
0
0
Would love your thoughts, please comment.x
()
x
| Reply
JinJing Ma, a 12-year-old Chinese girl who was the subject of an Amber Alert after she went missing at Reagan Washington National Airport, has been found safe in Queens.