Paris Dennard is the political commentator for CNN that recently made headlines for a heated exchange with former CIA analyst Phil Mudd. During a CNN interview on August 17th, Dennard argued that former intelligence officers are paid higher rates as consultants in the private sector when they maintain high-level security clearances.

Mudd insisted this was untrue, arguing that he has never earned money from his security clearance. You can watch the full exchange here.

I stand by every word in this exchange. https://t.co/47EN1vQkfG

After the interview, Dennard commented on Twitter, “I stand by every word in this exchange.” President Trump also praised Dennard as “wonderful” following that exchange.

But Dennard will not be on CNN again for the foreseeable future. He was suspended as a contributor on August 22 following a new report in the Washington Post. The paper revealed that Dennard had been fired from a previous job after admitting to making sexual comments and gestures toward young women working for him.

1. Dennard Was Fired From a Position at Arizona State University Following Accusations of Sexual Harassment

Paris Dennard worked as an Events Director for the McCain Institute for International Leadership, which is run by the Arizona State University. Dennard served in that position from November 2013 until March of 2015. According to his LinkedIn page, Dennard was still based in Washington D.C. at the time.

It was revealed August 22, 2018 in a Washington Post article that Dennard was actually fired from this position due to allegations of sexual harassment. Arizona State conducted an internal investigation and the Washington Post obtained access to the findings. According to the report, Dennard told a recent college graduate, who was working for him at the time, that he wanted to sleep with her. He also allegedly “pretended to unzip his pants in her presence, tried to get her to sit on his lap, and made masturbatory gestures.”

A second woman was also mentioned in the report, stating that Dennard’s actions had made her uncomfortable. Dennard admitted to the behavior but told investigators it was meant as a joke. He was fired soon after, but that fact was not previously made public.

The Post reached out to Dennard for comment. The newspaper published part of the email Dennard wrote back: ““I cannot comment on items I have never seen regarding allegations I still believe to be false. This is sadly another politically motivated attempt to besmirch my character, and shame me into silence for my support of President Trump and the GOP.”

NEW – CNN is suspending contributor Paris Dennard in the wake of WaPo article. Statement: “We are aware of reports of accusations against Paris Dennard. We are suspending Paris, effective immediately, while we look into the allegations."

In light of the report, CNN has suspended Dennard as a political commentator. A network spokesperson told Mediaite, “We are aware of reports of accusations against Paris Dennard. We are suspending Paris, effective immediately, while ‎we look into the allegations.”

2. Dennard’s First Job Post-Graduation Was as a Staffer in the Bush White House

It is hard to believe it has been 5 years since I joined many of my former WH colleagues at the opening of the @GWBLibrary & @TheBushCenter in Dallas, TX. The work & legacy of Pres GW Bush & Mrs. @laurawbush is still seen through the bold mission of the center. #BushCenterTurns5 pic.twitter.com/ZD25VRjkmg

Born in Phoenix, Arizona, in 1982, Paris Dennard stayed on the west coast for college. He attended Pepperdine University in Malibu, California. He earned bachelor’s degrees in political science and public relations. But Dennard’s first job after graduating in 2005 took him across the country to Washington, D.C, working in the White House under President George W. Bush.

He began his career as an intern in the office of Political Affairs in September of 2005. According to his LinkedIn profile, Dennard was responsible for assisting with speech preparation and communicating with political leaders candidates and committees. After three months interning, Dennard was given a permanent position in Political Affairs. He worked in that office for the next two years.

In the summer of 2007, Dennard took on two new roles: Black Outreach Director and a role in the Office of Legislative Affairs. As the Black Outreach Director, Dennard was the primary point of contact connecting the White House with black churches, businesses and community leaders. He also produced an online newsletter, the African American Ledger, in this position.

As for his work in the Legislative Office, Dennard had to coordinate with a lot of high-level people. He explains on his personal website that part of his job was to coordinate and manage “White House events, meetings and travel for President Bush, the First Lady, and Members of the United States House of Representatives including advancing The President’s visit to Chigi Palace in Rome, Italy.” He also acted as a liaison between the White House and congressional leaders.

Happy Birthday to one of America’s most influential and inspiring pastors. My former pastor, and international presiding prelate of the @COGICisLIVE – the great @BishopCEBlake of West Angeles #COGIC in Los Angeles , CA. pic.twitter.com/D6IJyC82K1

After President Bush’s second term ended, Dennard went to work for the Republican Party. The Republican National Committee had just launched a new Coalitions Department. The goal of the department was to improve and sustain communications between the party and constituents. The department was also tasked with working to grow the party through targeted messaging.

Dennard was hired to be an Associate Director. In this role, Dennard traveled extensively to support various campaigns nationwide. Dennard served as the main point of contact between the Coalitions Department and the state Republican parties.

In 2010, Dennard played a crucial role in the Republican National Committee’s strategy to regain GOP control of the House of Representatives. He was the Deputy Director of the “Fire Pelosi” bus tour, referencing then-House Speaker Nancy Pelosi. RNC representatives traveled to 117 cities in the fall of 2010 campaigning for GOP candidates. 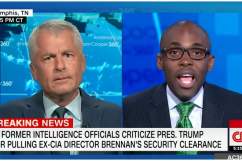 3. Dennard Was Raised in a Single-Parent Home and His Uncle Played in the Super Bowl

#HappyMothersDay to all the moms especially single moms who work extra hard to be great parents like my amazing, loving, encouraging and supportive mother! pic.twitter.com/VqwWWf6Q2h

Paris Dennard was raised in a single-parent home in south Phoenix, after his parents divorced when he was a young child. Dennard was featured in a local CNN article in 2000. Then 17-years-old, he was chosen to speak at the Republican National Convention in Philadelphia. Dennard was representing the Phoenix Youth and Education Commission at the convention. He said that he believed he was the only Republican in his family.

That family includes two very successful football players. The article referenced above mentioned two uncles. Preston Dennard played eight seasons in the NFL, six of them for the Los Angeles Rams. He played for a Super Bowl title in the 1979 season. (The Rams lost to the Pittsburgh Steelers 31-19). And Glenn Dennard played for Arizona State University, winning a Rose Bowl in 1987.

But since entering politics, Paris Dennard has kept a tight lid on his personal life. His public Facebook page does not include any images of family, friends or significant others.

But we do know that he has a strong affinity for fashion, especially one particular accessory. He describes himself on his website as a “necktie aficionado” and claims to own more than 600 neckties.

4. Dennard is a Strong Advocate and Defender of President Trump, Especially Against Accusations That the President is Racist

Paris Dennard frequently appears on CNN as a political commentator. He is also a political analyst for NPR and a contributor for the Hill. He has used that platform to defend the president on multiple occasions. It’s worth noting that Dennard was a media surrogate for the Trump campaign in 2016 and is currently a member of the Trump Campaign Advisory Council.

#MAGA one hit at a time at the @thehillbaseball ⚾️?? #GOP pic.twitter.com/iB8VIE8rGP

Dennard often defends the president against accusations of racism. During an appearance on CNN’s New Day in early August, Dennard pushed back on the idea that the Trump administration does not have black staffers. He named several advisors to the president, including Ja’Ron Smith, the Director of Urban Affairs and Revitalization;Mary Elizabeth Taylor, the Deputy Director of Legislative Affairs; and Johnathan Holifield, the executive director of the White House Initiative on Historically Black Colleges and Universities.

During that interview, Dennard accused CNN of “peddling lies” to the American people. “You can keep peddling this narrative all you want. But the American people see through it. The president is not a racist and has been very clear in denouncing racism, the KKK and all of the hatred that we’ve seen that you all continue to promote on this network and others.” You can watch that interview here.

Paris Dennard just said on national television that he has never heard Donald Trump tell a lie. Are you kidding? Trump spent 5 1/2 years lying about Pres. Obama's birth certificate, and the Washington Post has documented more than 3,000 lies Trump has told since taking office. pic.twitter.com/nWre0LNLOK

But on the issue of lying, Dennard apparently does not believe President Trump has ever told one. He made that claim in May of 2018 during a live panel on CNN. Anderson Cooper asked Dennard point-blank if he had ever heard President Trump lie to the American people. Dennard responded, “Off the top of my head, I cannot recall.” Cooper pressed him on that, asking Dennard if he believed Trump’s unfounded assertion that there were millions of illegal votes cast in the 2016 election. Dennard dodged the question and instead began to explain why Hillary Clinton lost the election; the panel moved on after that.

Dennard has also had to face criticism from members of his own party. In December of 2017, he was called a “sell out” by former Trump administration official Shermichael Singleton. Singleton worked for Ben Carson at the Department of Housing and Urban Development as a senior advisor. He was fired after less than a month on the job, because of an article he wrote for the Hill in 2016 accusing Donald Trump of not being a true Republican.

During the interview alongside Dennard in December 2017, the two clashed about the number of black staffers working in the Trump administration. Dennard suggested that Singleton was “bitter” because he had been fired. Singleton shot back at Dennard, “I may have been fired but at least I have respect for my community. I’d rather have respect than be a sell out!”

Paris Dennard got involved with the Thurgood Marshall College Fund in 2015. The non-profit organization was named after the first African-American Supreme Court Justice. Established in 1987, the Fund supports students attending historically black colleges and universities. The group also helps connect graduates with potential employers. According to its website, the Thurgood Marshall College Fund has given more than $300 million to scholarship recipients and to member-schools.

In 2015, Dennard joined the non-profit as the Director of Government Affairs. He used his connections on Capitol Hill to create new awareness for the College Fund among members of Congress, and served as the liaison to federal and local officials.

He has been promoted at the organization twice since 2016. Dennard was named Director of Strategic Communications, then promoted again in February 2017 to be the Senior Director of that department. 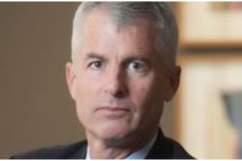 Loading more stories
wpDiscuz
0
0
Would love your thoughts, please comment.x
()
x
| Reply
Paris Dennard is a CNN political commentator known for his strong defense of the Trump administrator. He previously served in the White House under President George W. Bush.