A McDonalds’ employee in St Petersburg Florida appeared to have been assaulted by a customer who she bravely fought off. Follow us for more updates as we learn more about this story. pic.twitter.com/Ftv3B2zjhM

Daniel Taylor has been charged in the attack on a fast food employee in Florida that was caught on a video that has since gone viral.

Taylor, who is white, lunges at and violently grabs a black female employee at a McDonald’s in St. Petersburg on New Year’s Eve. Taylor can be seen in the video furiously and forcefully attack the young woman across the counter. But she aggressively fights back even as the man continues his attack.

Taylor is described in court documents as a 40-year-old transient from Clearwater, Florida. Here’s what you need to know about him and the incident:

1. Now Widely Seen, the Minute-Long Clip Captures the Violent Attack by Taylor & the Relentless Defense of Herself by the Employee

In the video posted on the Atlanta Black Star, Facebook, and a YouTube video, Taylor appears to be speaking to the employee when suddenly, he lunges at her and forcefully grabs and pulls her across the counter. She immediately fights back. After around 10 seconds, she’s pulled away by another employee.

But Taylor remains at the counter and then, inexplicably, appears to snap his fingers at an employee who appears to be a manager.

“I want her ass fired right now,” the assailant says to the manager. She shouts, “No, you’re going to jail!” He says, “I was just asking you a fuc*ing question, bitch,” he screams as she asks why the police are not being called. 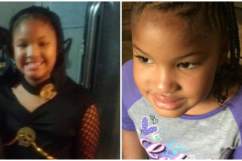 2. Many Were Concerned That It Appeared That Police Were Not Called, but They Were

Did the manager call the police?
This is assault n battery on this female employee. He, the customer,
needs to be locked up.

Immediately, people began asking if police were called and if the man was arrested for the assault. Though as many also point out, this young woman was not about to be attacked without fighting back.

On YouTube, people are asking if police were called and if charges were pressed.

“This happened at a McDonalds in St Petersburg Florida…A SWS assaulted a Black female employee, & she had to fight him off,” YouTuber DarkWeb TV wrote in the description. And then asks, “Why wasn’t he made to leave the premises after the assault? Why did that manager continue to take his order? Why were the BM just standing around?﻿”

3. Taylor Was Arrested by St. Petersburg Police & Charged With Battery. He’s Being Held in Jail Unable to Post $1,000 Bond

4. Police Said in a Report That Taylor Is a ‘Transient’ & Court Records Show Taylor May be Wanted Elsewhere

Taylor, who turned 40 on December 30, a day before the attack, is reported by authorities to be a transient in the Clearwater, Florida, area. Some had commented that in the audio at the end of the video Taylor sounded possibly intoxicated. There’s no charge for public intoxication on the report from December 31, if, in fact, he was.

Court records state that Taylor is “provisional for extradition,” which may mean he has warrants in another state. His middle name is Willis and jail records state he was born in West Virginia.

5. Taylor, Who Pleaded Not Guilty in a Hearing on the Day of His Arrest, Has Been Ordered by a Court to Stay Away From That McDonald’s & the Victim

This post has been updated to clarify what is understood to be said by the McDonald’s employee.

Loading more stories
wpDiscuz
0
0
Would love your thoughts, please comment.x
()
x
| Reply
Daniel Taylor, 40, a "transient" has been charged in the attack of a black female McDonald's employee in St. Petersburg, Florida on New Year's Eve. The video shows her fighting back.