Shitty Cuz AKA Eric Holder AKA Fly Mac has been identified as the central suspect in the murder of Nipsey Hussle, according to a statement by the LAPD late Monday night. As of Tuesday, his Instagram and Soundcloud accounts were still available online.

Here is the official LAPD statement on Holder being named a prime suspect:

Cuz goes by “Fly Mac” as his rapper name. Here’s what you need to know about Shitty Cuz’s Instagram and Soundcloud accounts:

Though a number of parody and fake accounts have been posted under some moniker of “Shitty Cuz” since word of his accused involvement with the Hussle murder let out, the account above is the real Shitty Cuz account. Multiple Twitter users have claimed that Cuz posted videos of himself driving around in the same car the LAPD now is asking the public to help find. One user tweeted, “How the #LAPD got ‘all hands on deck’ looking for #shittycuz?!? The dude posting all his whereabouts on his IG story in his Chevy…he riding thru the city  #NipseyHussle”

On his account, Shitty Cuz has one highlight story titled “I’m so hood”, which holds this photograph:

Shitty Cuz’s Instagram bio reads, “Cool young king….hood playa patna” Here are some of the photos he has posted on his Instagram:

Above is the most recent track released from Shitty Cuz, AKA ‘Fly Mac,’ which appears to be his rapper name. A section in his SoundCloud reads,

Here’s another of his tracks:

Cuz has 189 followers on SoundCloud. He’s been uploading tracks since 2015, and has uploaded nine tracks in total. 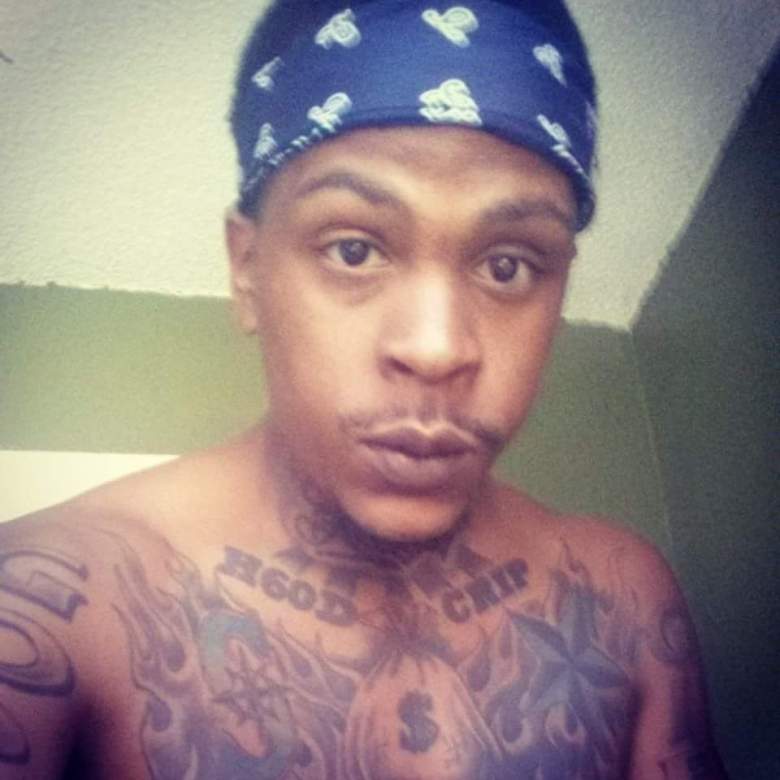 Shitty Cuz’s Facebook photos confirm he is a member of the same gang that Hussle acknowledged belonging to in the past: the Rollin 60s Neighborhood Crips. A number of these unverified accounts have offered up the following narrative (which has not been confirmed by the LAPD): Holder went into Hussle’s store, and Hussle told him to leave because he was a “snitch,” and Holder then became angry and felt “disrespected,” thus triggering the violence. Again, this has not been confirmed by the police force, but rather is a theory floating around on Twitter from users who claim to be familiar with the situation”

Though that theory has not been verified, this much was confirmed by LA investigative reporter Richard Winton, on Monday evening: “What is known so far in @NipseyHussle killing Shooter got close before opening fire outside Marathon. Shooter was known to Nipsey. Shooter is believed to have a gang affiliation but this isn’t a rival. The dispute is personal in nature behind the shooting.”

READ NEXT: Shitty Cuz & Nipsey Hussle Were Both in the Crips

Loading more stories
wpDiscuz
0
0
Would love your thoughts, please comment.x
()
x
| Reply
Shitty Cuz's social media, in the form of his Instagram and SoundCloud accounts, show a number of pictures of the Nipsey Hussle murder suspect. They also reveal he is an aspiring rapper.