UIC Police Donald Thurman has been charged with murder and sexual assault in the death of UIC student Ruth George in a Chicago parking garage, police say.

Donald Thurman is a 26-year-old Chicago man who has been charged in the murder and sexual assault of University of Illinois at Chicago student Ruth George. The 19-year-old UIC was raped and strangled in her own car in a university parking garage, police said.

Thurman followed George into the garage and then sexually assaulted and killed George because he was angry that she ignored his catcalls, prosecutors said in court, according to The Associated Press.

Thurman was taken into custody not long after George was found dead on Saturday, November 23. UIC Police identified Thurman as the suspect in a press release on November 25 after charges were filed.

Thurman was charged with first-degree murder and criminal sexual assault, police said. “His most recent address was near the UIC campus. He has no affiliation with the University or the victim,” police said.

George was reported missing by her family on Saturday. She was found by police after they tracked her location using her cell phone. George was a sophomore from Naperville, Illinois, who had been studying kinesiology at UIC, the university said.

Here’s what you need to know about Donald Thurman and the murder of Ruth George:

Ruth George was reported missing by her family on Saturday, November 23, at 11 a.m. They told UIC Police that she had not been seen or heard from since the evening of Friday, November 22.

“Her phone was “pinged” to the Halsted Street Parking Garage and UIC Police and family members responded to find Ms. George unresponsive in the back seat of a vehicle owned by her family,” UIC Police Chief Kevin Booker said in a statement. “UIC Police then requested assistance from the FBI Evidence Response Team to assist in the processing of the crime scene and to complete forensics on the vehicle.”

According to Booker, investigators obtained video footage from university cameras. The video showed the suspect, identified as Donald Thurman, walking behind George as she walked south from the 700 block of Halsted Street at 1:34 a.m. on November 23. George entered the garage on foot about 1:35 a.m. and was followed by Thurman, Booker said. Thurman is then seen again on video footage walking southbound on Halsted Street on the west side of the street about 2:10 a.m., police said.

“UIC Police then reviewed video footage from the Chicago Transit Authority, the Chicago POD cameras and our own internal system to determine travel patterns for the offender,” Booker said. “Based on these observations, UIC Police detectives decided to watch the Blue line station during the hours that the offender had previously traveled on the Blue line.” 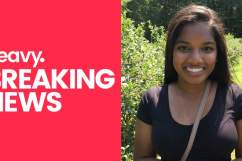 2. Thurman Was Convicted of Armed Robbery in 2018 & Sentenced to 6 Years in Prison, but Was Released on Parole After Serving Only 2 Years

A missing UIC student is found dead in a campus parking garage. The Medical Examiner's office identifies her as 19-year-old, Ruth George. What we're learning this morning on @nbcchicago at 6am. pic.twitter.com/YTHL2WoqDf

Donald Thurman has a criminal record, according to UIC Police.

Police Chief Kevin Booker said, “The offender has a criminal record and was released from prison in December 2018 for armed robbery. He was sentenced to 6 years, but only served two and is currently on parole.”

According to the Chicago Tribune, Thurman was accused of snatching an iPhone from a woman’s hands and then fleeing in a stolen car. The incident occurred in 2016. Thurman was scheduled to remain on parole until 2021, according to state records.

3. Thurman ‘Gave a Full Confession’ to the Sexual Assault & Murder After He Was Taken Into Custody by Police Early Sunday, Authorities Say

Donald Thurman was taken into custody on Sunday, November 24, after UIC Police detectives saw a man matching the suspect’s description near the Blue Line train station at Halsted and Harrison Streets, UIC Police said in a press release.

“The offender was taken into custody and subsequently gave a full confession to this horrific crime at approximately 3:20 p.m. on the same day, November 24,” Chief Booker said.

Booker said, “It has been a difficult weekend for our university and the UIC Police Department and I want to send my condolences to Ruth George’s family and friends during this very difficult time.”

4. George’s Family Says She Was Their ‘Light & the Best of Us All’

FacebookRuth George with her mother.

Ruth George was in her second year at the University of Illinois at Chicago. She graduated from Naperville Central High School in 2018.

Her sister, Esther George, wrote on Facebook, “She was the light of our family and the best of all of us. She was baptized a few months ago and in hearing her testimony of why she wanted to follow Christ brought great joy to me and my family. She was wise beyond her years and now she is gone to soon. God give us peace.”

UIC Chancellor Michael Amiridis said in a statement, “All of us are devastated by the loss of Ruth George, a member of our Honors College and a talented kinesiology student with dreams and aspirations to become a health professional and help others. Our thoughts, our hearts and our condolences are with her family and friends during this trying period.”

She was in thee Delta Epsilon Mu-Psi Chapter, a co-ed fraternity for students pursuing degrees in health-related fields.

“To us, she was just Ruthie. She joined DEM in 2018 as a part of our Iota class and we will never forget how big her smile was when she was named ‘Rangi Mtoto’ or Baby Color. That was the perfect name for her because she brought color into the lives of everyone around her,” DEM said in a statement. “Ruthie was an intelligent, caring and humorous girl that was loved by all. The impact she had to her friends, family and the members of the Delta Epsilon Mu -Psi Chapter and will always remain in our hearts. We will never forget her and the bright future she had ahead of her. We hope that she is in peace and watching over all of us.”

A family member, Sunaina Deborah, wrote on Facebook, “Dearest Ruthie baby…. we miss you…just not able to believe you’re no more.. You were a loving and wonderful daughter, sister and cousin..Rest in peace Ruth George … we love you…” She also posted a video of George speaking in church.

“Ruth was such a sweet girl and had the biggest and brightest smile,” Naperville gymnastics coach Christina Tardy told Fox 32 Chicago. “We loved having her as a member of the NCHS gymnastics team and she was so fun to watch compete, especially on the floor exercise. She was a great teammate and we are going to miss her dearly.”

5. Thurman Has Been in Custody Since Sunday & Is Being Held Without Bail

Memorial set up to honor UIC student Ruth George, murdered at a campus garage over the weekend. A candlelight vigil is planned at 7pm pic.twitter.com/hxIBvRTFO7

According to police, “Thurman will be processed and transported from the UIC Police station, where he has been held since his arrest on Sunday, to the Chicago Police Department lock-up facility.”

He made his first court appearance on Tuesday and was ordered held without bail.

“We would like to thank the Cook County State’s Attorney office, the Federal Bureau of Investigations (FBI) Evidence Response Team, the Chicago Police Department’s Area Central Mission Team and 12th district, the Chicago Transit Authority (CTA) Security Services Investigative Video Team, the Medical Examiner’s Office, and the Illinois State Police crime lab for their assistance,” UIC Police Chief Kevin Booker said in a statement. “Lastly, a special thanks to all the members of UIC Police department who supported the investigation or assisted with apprehending the individual and to bring closure to this tragic event.”

Loading more stories
wpDiscuz
0
0
Would love your thoughts, please comment.x
()
x
| Reply
Donald Thurman is a 26-year-old Chicago man who has been charged in the murder of University of Illinois at Chicago student Ruth George. She was strangled in a UIC garage.