Donald Eugene Corsi and Howard Oral Hughes are facing felony charges after a Black teen says he was racially profiled and attacked in his car in a neighborhood in Sanford, Florida, the same city where 17-year-old Trayvon Martin was shot and killed by George Zimmerman in 2012. The 16-year-old boy’s father, CJ Jones, posted video and photos of the aftermath of the incident on Facebook on June 14, 2022. Corsi is accused of throwing a large rock through the window of the boy’s car, smashing it, while the 16-year-old was in the car.

In an Instagram post, the 16-year-old Sanford boy, Jermaine, who goes by JJ, wrote, “I was racially profiled while driving through my friends neighborhood. They didn’t like the way I was driving, so they felt the need to hit my car with a cone, and throw a rock through my window. All I wanted to do was de-escalate until police came, because I wasn’t about to get charges pressed on me for no reason 🤦🏾‍♂️.”

The incident happened on Maple Glen Place in the Lake Forest neighborhood of Sanford, where both Corsi and Hughes live, not far from where Martin was killed. The teen’s sister wrote on Twitter on June 15, “Yesterday my 16-year-old brother was racially profiled in a neighborhood in Sanford Florida, the same city as Trayvon Martin. Luckily, he had a different fate. I commend my brother for how he reacted in the situation. They tried to throw a brick at his head, And missed.”

Corsi, 52, and Hughes, 61, were later arrested, according to Seminole County court records viewed by Heavy. Corsi was charged with weapon offenses accusing him of sending a “missile” into a vehicle, which is a second-degree felony. They were both charged with criminal mischief, accused of causing more than $1,000 in damages to property, which is a third-degree felony. Hughes was additionally charged with first-degree misdemeanor battery (touch or strike). They were released from the Seminole County jail after posting bond, records show.

Here’s what you need to know about the incident and Donald Corsi and Howard Hughes:

1. The Video Shows Hughes & Corsi, Along With a Woman, Yelling at the 16-Year-Old  …  Hughes Can Be Heard Telling Him ‘Get Out of My Neighborhood F***wad,’ While the Woman Says ‘You Don’t Belong Here’

I've identified the two men in this video responsible for damaging this black kid's car (after racially profiling him) as Howard Oral Hughes and Donald Eugene Corsi of Sanford, Florida. pic.twitter.com/PWikLwJ5fr

The video posted by CJ Jones on Facebook, recorded by his son, was taken after his son stopped his car, called 911 and got out. The video shows Donald Corsi and Howard Hughes walking around the car and yelling at the boy. While getting in the teen’s face, Corsi says the boy was “burning out and racing through my f***** neighborhood.”

Jones said on Facebook that police were called to the scene but did not immediately arrest the pair. Court records show they were later taken into custody on felony charges by the Seminole County Sheriff’s Office. Further information about the case from police was not immediately avaialable.

The boy’s sister added on Twitter, “Here’s what the car looked like afterwards. He had every right to be in that neighborhood. He was going to visit a friend. He did not deserve how nasty he was treated in that video. And now his car is damaged because of pure hatred. Arrests were eventually made. But let’s face it, had it been the other way around my brother would’ve been in handcuffs before questions were asked. They walked around free for awhile. Hoping justice is served, they lose their jobs and get any other punishments that’s coming.”

The boy said in a video that other neighbors came out to defend the men when police arrived. He said in the video, “What one of them said, they was like, ‘Officer, we don’t tolerate none of that in our neighborhood,’ basically saying that I don’t belong in their neighborhood.” 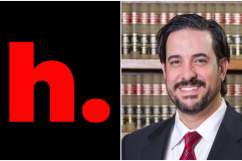 2. Jones Said on Facebook the 2 Men ‘Attempted to Kill My Son’

CJ Jones wrote on Facebook, “These are the pictures of the two mens that was racial profiling on my son and threw brick at my son’s head. Lucky thing he was moving and the brick landed in the back. Responding to a comment saying the men were “out to kill him,” Jones replied, “That is exactly what he attempted to do kill my son.”

Jones also posted a Facebook Live video from the scene on June 14 when he arrived. Hughes and Corsi can be seen in the background talking to police. Jones said they threw a “big ole stone” through the window of the car while his son was inside. They also hit the car with a traffic cone, Jones said in the video.

“Black people cannot stay around here,” Jones said in the video. “They gave me a problem when I was coming in in my Jeep. … Plain and simple racial.” In the video, Corsi and Hughes can be seen waving at Jones as he talks about what happened.

3. Howard Hughes Lives With His Wife in Sanford & Races Cars in Sebring, Florida

Howard Hughes lives in Sanford with his wife in the neighborhood where the incident occurred, public records show. His Facebook page shows that he is an Ironman athlete and has raced cars in Sebring, Florida, and elsewhere. Hughes’ profile does not include any information about where he works.

Hughes often posts about issues with traffic on highways and roads in Florida. In January, Hughes wrote, “Just a thought but if a major traffic artery has to be completely shut down as west bound 408 was this morning, then maybe all the on ramps within a few miles of the closure should be blocked so hundreds of additional vehicles aren’t added to the cluster. # BrainDeadTrafficManagement.”

In August 2020, Hughes posted a photo of a Banshee 300 MK4 pistol and wrote, “Seriously considering this over an AR-15 for HDW. Unless one of my knowledgeable friends changes my mind.” HDW stands for home defense weapon. In the comments on the spot he wrote, “To me it seems ideal. High capacity magazine with a round that won’t travel to the neighbor’s house 2 doors down. Minimal recoil and you can afford to expend LOTS of rounds at the range. Train Train Train.”

Hughes added, “Current pistol inventory is fine, looking for something more effective for home defense than a handgun but manageable for (his wife) if I’m away from home. Eventually moving to the hills and leaving the guarded community behind.” 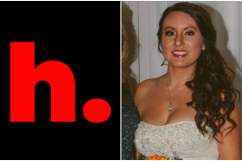 According to his LinkedIn profile, Corsi works for Southern Acoustics Inc. The company’s website shows that Corsi runs the company with two other men who share his last name, possibly his sons. The company was founded in 1988.

The Southern Acoustics website says, “Florida’s finest commercial building contractors and architects have been relying on the acoustic expertise of Southern Acoustics Inc. since 1988. They have experienced the highest levels of professionalism and team orientation that are key to successful completion of every project. Southern Acoustics Inc. brings the same dedication to every job regardless of the project scope. Typically among the last-in and under tight time lines, the company technicians meet both time constraints and budgets to deliver satisfactory results time after time.”

5. Corsi Faces Up to 15 Years in Prison & Hughes Faces Up to 5 Years If Found Guilty of the Felony Charges

CJ Jones/FacebookPhotos of the damage to the car and the rock thrown through the window.

If convicted of the second-degree felony weapons offense, Corsi could face up to 15 years in prison, according to Florida state law. He could also face a fine and probation.

On the third-degree felony charge, Hughes and Corsi could face up to five years in Florida state prison, according to state law. They could also face fines and probation. Hughes was also charged with a misdemeanor that carries a potential sentence of up to one year in jail. 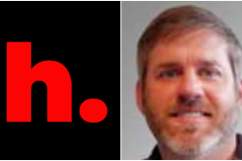 Loading more stories
wpDiscuz
0
0
Would love your thoughts, please comment.x
()
x
| Reply
Donald Corsi and Howard Hughes were arrested on felony charges after a Black man says he was racially profiled and attacked in his car in Sanford, Florida, in an incident caught on video.