Facebook Diamond Alvarez was shot and killed in Houston on January 11, 2022.

Diamond Alvarez was a 16-year-old Houston girl who was shot and killed while walking her family’s dog on January 11, 2022, on Park Manor Street, police say. No suspects have been arrested. Witnesses reported hearing multiple gunshots and tires squealing, according to the Houston Police Department. Police said Diamond’s family became concerned when their dog returned home without her and when they went to look for here they found her dead in a field near a park.

“Houston police are investigating the fatal shooting of a juvenile female that occurred at 5100 Markwood Lane about 9:30 p.m.,” police said in a statement. Her family identified Diamond as the victim on January 12, the morning after the shooting. “Officers responded to a report of a shooting at the above address and upon arrival, found the victim lying on the edge of an empty field suffering from multiple gunshot wounds. Responding Houston Fire Department paramedics pronounced the female deceased at the scene.”

On January 18, 2022, Houston Police announced 17-year-old Frank Deleon Jr. had been arrested in Diamond’s death and charged with murder. Police said in a statement that Deleon shot Diamond, his girlfriend, multiple times after she learned he was dating another girl. Deleon is being held without bond.

Houston Police Lieutenant Larry Crowson told reporters at the scene officers from the Southwest Patrol were dispatched to a report of a shooting about 9:30 p.m. “People in the area heard numerous gunshots. A family member in one of the houses knew that their 16-year-old daughter was out walking the dog in the neighborhood,” Crowson said. “They went around the corner and unfortunately they found her on the side of the roadway next to a community park and she is deceased at the scene.”

Crowson added, “The only information we have right now is there might have been a dark vehicle that fled north on Markwood.” He said homicide investigators would be at the scene talking to witnesses and looking for surveillance video in the area. He said additional information would be released by the police department when it is available.

Friends of 15 year old Diamond Alvarez bring stuffed animals to the spot where their friend was gunned down while walking her dog overnight #abc13 pic.twitter.com/0ZRq5Rvh4L

According to police and Diamond’s family, the girl was shot 22 times, with some of the shots hitting her in the back. Police added, “Anyone with information in this case is urged to contact the HPD Homicide Division at 713-308-3600 or Crime Stoppers at 713-222-TIPS.” Investigators said they were looking to see if there was any surveillance video from the area available showing a vehicle or suspects possibly involved in the shooting.

Diamond Was a Sophomore Honors Student at Madison High School & Hoped to Go to Cosmetology School After Graduating, Her Family Says

Diamond’s family told Fox 26 Houston she was a sophomore honors student at Madison High School. She made straight-As and played volleyball and basketball and was hoping to go to cosmetology school after graduating, the news station reports. The family told reporters their dog returned to the home without her and her mother and stepfather found him in the yard. They grew concerned and went to look for Diamond, the news station reports.

“My son found her. I tried CPR, and I couldn’t bring her back. I tried so hard to keep her alive. I couldn’t,” Diamond’s mother, Anna Machado, told Fox 26. Machado told the news station her daughter had been having an argument with an ex-boyfriend and he had texted her to meet him near where she was found dead. Police have not confirmed if they are looking into the ex-boyfriend.

Her parents say Diamonds dream was to be a cosmetologist — she was always happy (video below is her dancing with her mom). The family is both devastated and angry — they say whoever killed their daughter is a coward, and needs to come forward. @KHOU pic.twitter.com/hSwoIfWD5h

“Whoever shot this girl 22 times in the back, they are cowards,” Tito Moczygemba, Diamond’s stepfather, told Click2Houston. He told the news station that Diamond walks their dog, Peanut, in the neighborhood every day.

In an unrelated shooting just hours before Diamond was killed, a 16-year-old boy was shot and wounded in the Westside of the city, the Houston Police Department said on Twitter. Police tweeted about 7:15 p.m., “Westside officers are at a shooting scene 2800 Shadowbriar. 16-year-old male shot in the leg is expected to survive. Two other teenage male detained pending investigation.” 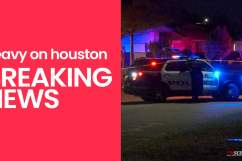 It is entirely possible that her family came here when Reagan offered amnesty to anyone who could get here during his administrations move to destroy US unions and the US middle class or in 2006 when W allowed the southern border to be wide open and illegal immigration to spike 23% that year or that h
er family was here for 100 years before the Puritans were driven out of England for burning women to death, especially the women who brewed beer. I too hope that a taco full of ecoli makes it into his mouth and causes him to have a stroke, of good luck of course, and live in assisted living the rest of his life being cared for by people who do not speak his language and do not care about his needs or comfort.

I hope this Toxic person is not serious. If so I hope you get the same.

Maybe if the family hadn’t crossed the southern border, the girl would still be alive.