Patricia Cornwall is a former Playboy model, NFL cheerleader and “Baywatch” actress accused of causing a fight on a Delta Airlines flight that injured passengers and employees. The plane landed in Atlanta. In a video of the altercation shared on Twitter by ATL Uncensored, Cornwall, who has used the name Patty Breton, tells an older male passenger to “mask up” and he repeatedly calls her “Karen.”

According to federal court records, she is accused of evoking the name of civil rights icon Rosa Parks and then punching and spitting on a passenger who challenged her over the analogy during the December 23, 2021, Delta flight from Tampa to Georgia. The fellow passenger told her to “sit down Karen.”

According to federal court documents, the 51-year-old Cornwall, of California, spent Christmas behind bars and made her first appearance in court before U.S. Magistrate Judge Christoper Bly in Atlanta on Monday, December 27, and was released on an unsecured $20,000 bond. She was barred from traveling on common carriers, including planes, except for her flight home to Los Angeles, court records viewed by Heavy show.

Cornwall was appointed a federal public defender, who could not be reached for comment, for the hearing. Cornwall was additionally barred from using alcohol or drugs. She can fly home to LA and back to Georgia for court appearances, as long as she takes her anxiety medication before flying, records show.

Cornwall previously used the name Patty Breton. “Patty Breton is an actress, known for Baywatch (1989), Married… with Children (1987) and Playboy: Cheerleaders (1997),” her IMDb profile says. She goes by the name Patty Cornwall on Facebook. She is a former Los Angeles Raiders cheerleader, according to The New York Post.

The woman involved in this story, Patricia Cornwall, is NOT the author Patricia Cornwell, whose last name is spelled differently:

Those asking. No this isn’t me.

Here’s what you need to know about Patricia “Patty” Cornwall:

1. Cornwall, Who Has Appeared on Trading Cards & in ‘Playboy’s Cheerleaders,’ Is Accused of Growing Irate When She Was Asked to Sit Until Flight Attendants Could Finish Beverage Service

The video, shared on Twitter by ATL Uncensored, shows a woman court records say is Cornwall exchanging words with an older male passenger.

Her mask is down during the exchange. The flight attendant tells her to put her mask up.

The man also calls her a “b****” and she then hits him in the face, the video shows. “Now you’re going to jail. That’s assault,” he says. “As soon as we get to Atlanta, you’re doing to jail,” the man says, saying she spit on him.

”You f****** piece of s***,” she tells him as flight attendants intervene, positioning a beverage cart between the feuding passengers.

In addition to the short stints on Baywatch and Married With Children, Cornwall – using the name Patty Breton – is featured on trading cards in swimming suits. The cards are still for sale on the Internet.

One of the trading cards reads, “Step right up and meet Bench Warmer Patty Breton! Hollywood has taken its chances with Patty, and boy has it paid off. In between her print and commercial jobs, Patty has co-hosted Fox Television’s ‘Comic Strip Live’ and cheered on the ‘Silver and Black’ as a Raiderette. Keep your eyes open for Miss Hollywood 1991 on stage, screen and magazine stand. It’s all fun and games with this Bench Warmer!”

She appeared in the Playboy issue called “Playboy’s Cheerleaders.” The blurb on Amazon reads, “Rah rah rah! Every red-blooded American loves cheerleaders, and the folks at Playboy are no exception. They’ve assembled a collection of the most beautiful women to ever lead a crowd in a spirited chant of ‘Push ’em back! Push ’em back! Waaaay back!’ And what’s more, they’ve given them a chance to show off the hidden charms that probably would have left the home team too dazzled to catch the ball.” She was a cheerleader for the Los Angeles Raiders.

2. Court Records Accuse Her of Bringing Up Rosa Parks 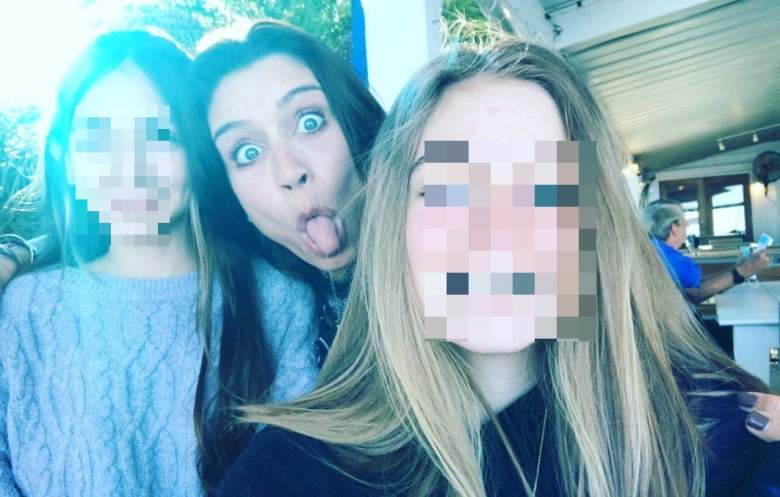 The court records give further details.

“On December 23, 2021, after flight 2790 landed, Atlanta Police Department (APD) Officers met flight 2790 at its gate of arrival, at the request of Delta Airlines. Delta Airlines representatives and R.S.M. advised APD officers that he was assaulted during the flight by another passenger, CORNWALL,” they say. “CORNWALL was detained after the plane landed. R.S.M. was interviewed telephonically by your affiant and R.S.M. stated the following:

The court records continue: “A passenger made a cell phone video of some of the interaction between CORNWALL and R.S.M. I have seen the video, and it corroborates the information that R.S.M. provided. Additionally, the video shows CORNWALL striking R.S.M. in the face. Based on the facts set forth above, I respectfully submit that there exists probable cause to charge PATRICIA YANNET CORNWALL with violation of Title 18, United States Code, Section 113(a)(4), in that PATRICIA YANNET CORNWALL did assault by striking, beating, or wounding R.S.M. in the special aircraft jurisdiction of the United States.”

3. Police Say Cornwall Caused a Disturbance That Led to the ‘Injury of Fellow Passengers & Delta Employees’ 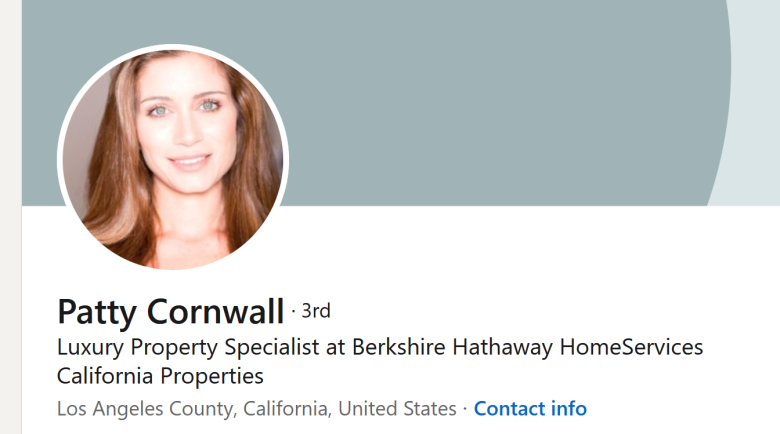 According to the Atlanta Police Department, a preliminary investigation shows that on December 23, 2021, Atlanta Police “responded to Hartsfield Jackson International Airport in reference to a disturbance call involving an unruly passenger on a Delta flight from Tampa, Florida to Atlanta, Georgia.

“When the aircraft arrived at the gate, officers were able to meet with exiting passengers who advised that the suspect, Ms. Patricia Cornwall had caused a disturbance while in the air.”

According to the police, “This disturbance lead to the injury of fellow passengers and Delta employees. Based on the statements gathered and visible evidence, officers detained Ms. Cornwall and contacted the on-call FBI agent. The officers then relocated with Ms. Cornwall to the domestic Atlanta Police precinct where FBI agents responded and took custody of Ms. Cornwall.”

On Facebook, where her most recent publicly visible post is from April 2021, Cornwall has posted pictures of family, flowers, landscapes and more and shared inspirational quotes and videos. In 2020, she wrote, “Pacific Paisades Lease!! 🌸🗝🏡 offered at 12,500 4bd 3ba. Spanish dream home walking distance to Caruso village, schools available June 15. Please DM me for details and showing requests.”

She’s listed as a sales associate for Coldwell Banker Realty in California.

Her LinkedIn page says she’s worked as a luxury property specialist for different realty firms since 2009.

5. Cornwall Was Recently Accused of Drunk Driving in Florida 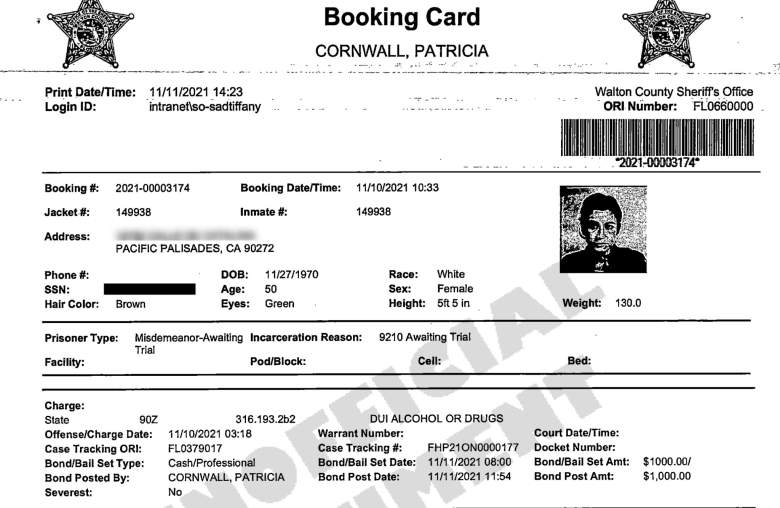 Court records in Walton County, Florida, show that Cornwall, 50, was recently accused of drunk driving. You can see part of the police report above.

She is also the respondent in a domestic violence injunction case out of Florida, court records show.

“Moving from California. I am single divorced and have two grown children who are overseas in UK. I have been practicing residential real estate for 13 years in Los Angeles/Westside. I have also lived in Florida in the past few years and I’m excited to reintroduce Florida back into my life permanently. Renting a room will be a great start settling me in. Furnished is preferred,” she wrote on that post.

READ NEXT: The Writings of Denver Spree Killer Lyndon McLeod

Loading more stories
wpDiscuz
0
0
Would love your thoughts, please comment.x
()
x
| Reply
Patricia Cornwall is a California woman accused of causing a fight that injured passengers and employees on a Delta flight from Tampa to Atlanta.