Getty The Vikings selection of Garrett Bradbury in the 2019 NFL Draft was recently named the biggest mistake of the past five years.

The Vikings have had one Pro Bowl offensive lineman performance in the past decade — Matt Kalil’s rookie year.

Kalil’s No. 4 overall selection in 2012 haunts the Vikings franchise that has yet to piece together an above-average offensive line amid coaching changes, revolving doors at quarterback and coach Mike Zimmer’s investment on defense.

No matter, the Vikings may have a few diamonds in the rough.

ESPN collected player rankings from 60 NFL executives, players, coaches and scouts and listed some players who aren’t top tier — yet. Vikings center Garrett Bradbury and right tackle Brian O’Neil were among nine other players named the league’s most underrated.

“For every $100 million player, there’s a low-key riser on a rookie deal who doesn’t resonate with the casual fan but is a legitimate weapon in the eyes of the league’s coaches and decision-makers as well as in the eyes of their peers,” Jeremy Fowler wrote.

The Saints carry the most top-10 talent in the NFL, followed by the Cowboys and Chiefs with six each, but Fowler added that the Vikings — along with the Bills and Packers — “dominated the 11-to-15 range, which is an ode to their impressive balance overall.”

The Vikings selected Bradbury No. 18 overall in the 2019 draft for his size and athleticism as a tight end turned lineman who was the first center taken off the board. He showed the flexibility to play at any spot on the line in his time at NC State and took ownership at the center spot in his rookie year.

While ESPN felt that fellow center standout Eric McCoy of the Eagles had a better season, Bradbury is the right fit in the Vikings offense as both players are poised to become the next era of dominant centers in the NFL.

“They are building blocks,” one AFC exec said. “McCoy is stronger; Bradbury is probably more of a nimble athlete overall. They can do different things, but both will be highly effective. I expect them to be good for a long time.” 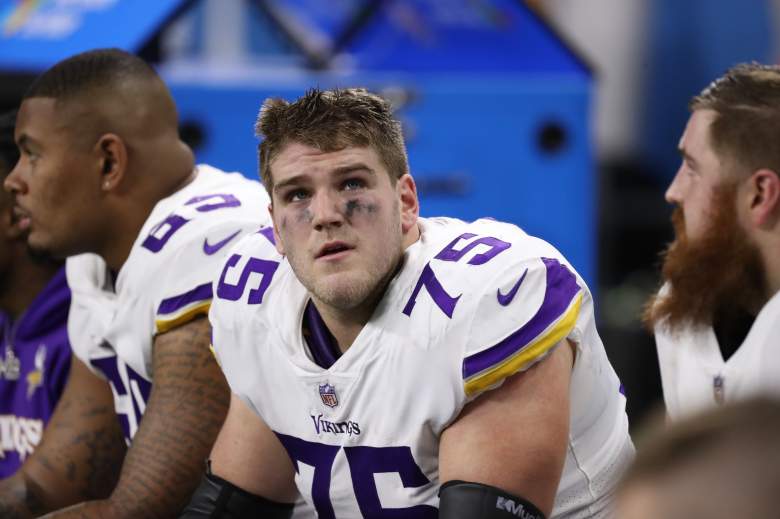 GettyBrian O’Neill enters his third season with the Vikings at right tackle.

O’Neill, a 2018 second-round pick, has shown improvement and could jump into the top 10 players at right tackle in his third season.

Here’s what Fowler wrote on O’Neill:

The Vikings have had a bit of a revolving door at tackle going back to the uneven Matt Kalil experiment and the subsequent spending spree on Riley Reiff and Mike Remmers in 2018.

Through that process, they developed a second-round pick they believe is a legitimate top-10 tackle in O’Neill, whose numbers aren’t flashy. His 91.6 pass block win rate ranked 74th among offensive linemen.

But his traits have the 6-7 297-pounder trending upward.

“His technique has improved from what I’ve seen,” an NFC scout said. “He’s really athletic, especially for an RT. Very good fit for a zone-blocking scheme, stronger and tougher now than people expected when he came out. Has left tackle attributes, but needs to be more consistent.”

O’Neill and Bradbury have yet to become common names in the league, this year could be the launchpad for their careers. Bradbury has shaken off the rookie rust and has shown he’s confident and comfortable at training camp, while O’Neill will have the continuity of starting with three of the same teammates from 2019 in Bradbury, left tackle Riley Reiff and right guard Pat Elflein.

Loading more stories
wpDiscuz
0
0
Would love your thoughts, please comment.x
()
x
| Reply
The Vikings have had one Pro Bowl offensive lineman appearance in the past decade.