It’s no surprise by now that Epic Games is a big fan of collaborating with other franchises, especially if it’s a way to get fan-favorite characters into Fortnite.

During Fortnite Season 4, we saw a massive crossover with the Marvel universe with the likes of Iron Man, Thor and several more heroes showing up on the island to prevent Galactus from consuming it. As it turns out, that was just the beginning.

Season 5 introduced several more franchises and characters to Fortnite such as Alien, Predator and Street Fighter – something that was explained in-universe as Jonesy rounding up hunters from other realities to help get the Zero Point under control and contained.

Now, Season 6 will have a 6-issue Batman miniseries debut during it, and it will be our biggest and most detailed look into the lore of Fortnite so far.

This isn’t just a random promotion, but instead it will be a deeply insightful look to how things work on the island and we’ll be joining Batman as he unravels the mystery issue by issue. He’s called the world’s greatest detective for a reason and we’re about to find out why.

What is Batman’s Role?

Epic Games / DC ComicsBatman is tying into the Fortnite universe.

In an interview with Heavy, writer Christos Gage and artist Reilly Brown explained that the Batman series will be unveiling things about the inner workings of the island that Fortnite lore fans should be more than interested in.

“It’s really expanding upon the mythology of the island and how everything works,” said Gage. “It’s revealing all of this stuff that I was stunned when [Epic Games CCO Donald Mustard] was telling us what he wanted to reveal, I was like, ‘Wow, we actually get to do that in a comic, that’s so much fun.'”

While the battle royale has been the main driver for all of the Fortnite lore up to this point, Batman/Fortnite: Zero Point will now be an essential part for those out there who want the full story.

Something that was previously explored in the Marvel Nexus War comic but greatly expanded upon here is the fact that nobody on the island can talk. Immediately after showing up, Batman realizes he’s lost the ability to speak, and it sounds like we have a chance of learning why that’s the case.

He doesn’t let this deter him as he finds more ways to communicate, and even discovers that objects remain on the island even after time resets every 22 minutes. Through this, he’s able to go through the loop again and find messages he left to himself as begins to piece things together.

How Will This Affect the Fortnite Map 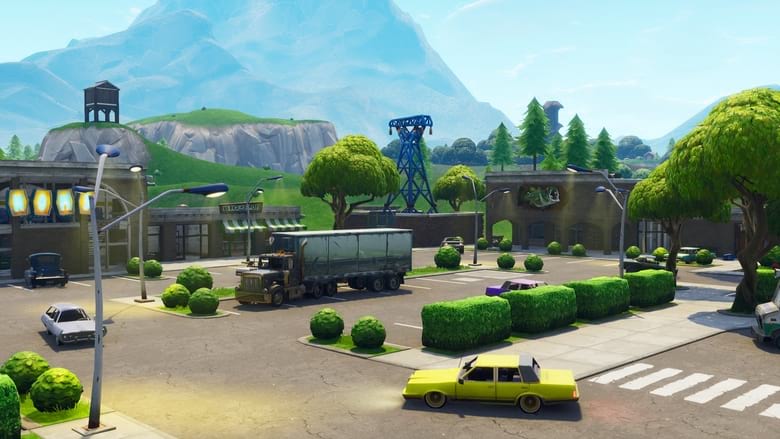 An interesting perspective to look at is what the impact this series will have on the in-game world itself.

Through all of Fortnite Season 5 and continuing into Season 6, updates have happened on a Tuesday, which just so happens to be when new issues of Batman/Fortnite: Zero Point come out. Early on in the series, we see Batman establish a makeshift bat cave on the island inside of a shack. It begs the question of will what we see in the comic transfer to the game?

“That’s a good question that I don’t know the answer to,” said Gage. “But I’m sure Donald has considered it and probably talked it over with the game team. That was a sort of way to give him a bat cave while acknowledging the building mechanic that’s part of the game.”

We do know that Harley Quinn’s DC Rebirth outfit, as well as an Armored Batman style, will be available through download codes in the issues, so there will be some carryover, but we just don’t know the extent of it.

The creative team also acknowledges the release schedule of the series could tie into the game.

“I believe [Epic Games] want to tie in certain things from the comic in with the video game on some kind of timeline,” said Brown. “I think the later issues of the series have a bit of an irregular release schedule if I’m remembering correctly. I think that’s because of stuff that happens in the comic, they want to happen at the same time as the video game.”

The first issue releases on April 20 before going twice monthly in May and June, which could pave the way for bigger updates if Epic wants to tie the series in with the game. 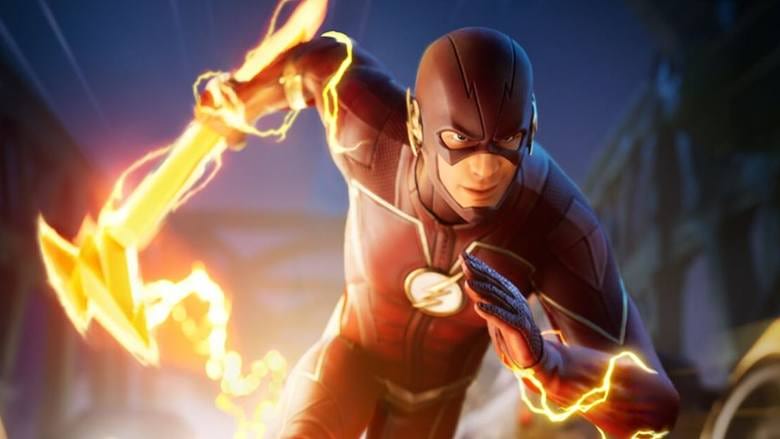 We know Neymar will be one of the first crossovers of Fortnite Season 6, but it’s currently unclear if that theme will continue on as the season progresses.

Whether this miniseries will introduce more DC characters to Fortnite, Deathstroke as an example, remains to be seen, but the door is certainly left open to do so.

As for how the series will impact the DC universe, that also remains a mystery, but there should be some exciting things for readers that aren’t necessarily well-versed in the world of Fortnite.

“In the last issue, you will see some characters towards the very end that are from outside the Batman comic world,” said Gage. “That’s all I can really say.”

READ NEXT: What Fortnite Can Learn From Warzone & Apex Legends