It’s no surprise that Epic Games likes to flex their muscles with all of the Fortnite crossovers, but now it looks like DC Comics is tying into the game in a different way.

Since Batman, Harley Quinn and The Joker are all already in Fortnite, it’s now Epic’s turn to get their characters into a comic book.

We’ve seen something like this before in Season 4 when Marvel released a series of variant covers fefaturing comic book characters colliding with Fortnite ones. We also can’t forget the entire Nexus War event that brought Thor to the island in the first place.

DC Comics decided to ramp things up a notch themselves by coming out with an entire 6-issue miniseries that would feature Fortnite characters interacting with the DC universe.

Batman/Fortnite: Zero Point debuts in April, and each issue of the six-part miniseries will include a redeemable code for bonus DC-themed Fortnite digital items, inspired by the events in the comic!

In this series, we will see Batman head into the Zero Point and lose his memories, similar to what happened with Thor in Season 4. Here’s how the DC Comics press release is pitching the story with Batman:

“As he fights to recall his past and escape an endless loop of chaos and struggle, he’ll come face-to-face with the likes of Renegade Raider, Fishstick, Bandolier, and more. While the world’s greatest detective strives to make sense of this strange new world, he’ll uncover the shocking truth about the Island, what lies beyond the Loop, and how everything is connected to the mysterious Zero Point.” 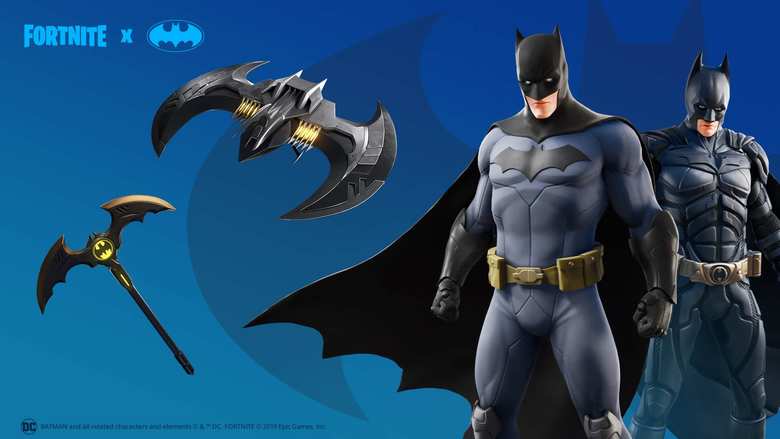 Epic GamesBatman will be getting another style.

For those of you out there hoping to learn more about the Zero Point, this could be your chance to do so as this will be a story that’s canon to both Fortnite and the DC Universe.

The writer sounds very excited to tackle the series as well.

“When DC first approached me about doing a Batman/Fortnite series I thought it would be a lot of fun,” said series writer Christos Gage. ”After speaking with Donald and discovering just how deeply we’d be diving into the secrets behind the world of Fortnite, I was amazed! This series will reveal things about Fortnite that have never been seen or heard before yet are very much part of the canon of the game.”

How to Buy It

People who redeem all six codes will unlock a new Armored Batman Zero Outfit in Fortnite.

The first issue of this series will go on sale both in print and digitally on April 20, 2021. There will be special rewards for any of you who would like to earn some in-game gear in Fortnite as well.

For physical buyers, you’ll get a variety of codes that will unlock Harley Quinn’s DC Rebirth outfit as well as the Armored Batman Zero Point outfit for anybody who puts all six of the codes in.

Recently, the DC Universe streaming and comics app rebranded into DC Universe Infinite and if you’re a subscriber to that, you’ll be able to get the entire series for free, along with the bonus items.

This was previously where you had to watch shows like Doom Patrol, Titans and Harley Quinn before all three of the them made the leap to HBO Max and the app turned itself into a comic book exclusive app.

The series will ship twice monthly beginning in May and June with the series coming to a close on July 6.

READ NEXT: Where to Find Mave, Grimbles and Deadfire in Fortnite