Justin Back, 18, from Waynesville, Ohio, was found dead in Prebble County on January 29. It’s reported that he was beaten, choked, stabbed and shot in what one journalist caleld a “brutal” murder, according to WRKC.

1. Back Attended High School With One of the Suspects

Police charge two men in the murder of 18-year-old Justin Back: http://t.co/OHbjSb2lAz pic.twitter.com/h0biiVMMjE

Police have arrested and charged two men, Timothy Mosley, 19, of Dayton, Ohio, and Austin Myers, 19, who is listed at homeless. According to CBS Cincinnati, Back was a friend of the two men and they were in his house on January 27. On January 28, the two men went back to Back’s house to rob it, according to police, they encountered Back and three fought. The two suspects are alleged to have stolen a gun and safe from Back’s house. His body was found near a bridge in Prebble County, Ohio.

2. He Was About to Join the Navy Next Week

Back had just graduated from Waynesville High School in May 2013. According to local media reports, he was about to join the Navy, following in the footsteps of his brother. One of the suspects, Mosley, is also a graduate of Waynesville. 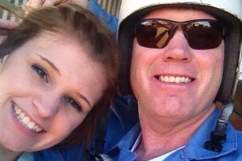 3. He’s Been Called an ‘Upstanding’ Man

Cops do not believe that Back had any connection to drugs at the time of his death. Warren County Sheriff Larry Sims told the media on January 29, “For all indications, this was a good young man that was headed to the military. This was a very brutal murder. For all intents and purposes, Justin Back was an innocent victim.”

4. He Lived at Home With His Parents

He lived at the home that was robbed on 5376 Corwin Road in the Wayne Township. According to Dayton Daily News, he lived there with his mother and stepfather.

5. The Suspects May Face Further Charges

The suspects in the murder are charged with aggravated murder and may face further charges pending an autopsy on Back, reports ABC 22. Both will be arraigned on January 30 in Warren County, where they are being held in jail and are co-operating with detectives.

The two suspects were arrested at Mosley’s home in Clayton, Ohio, reports The Dayton Daily News. 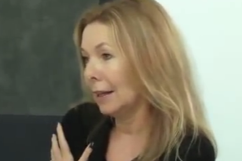 Loading more stories
wpDiscuz
2
0
Would love your thoughts, please comment.x
()
x
| Reply
Justin Back was missing from his home for 24 hours when his body was found. His murder has been described as "brutal."