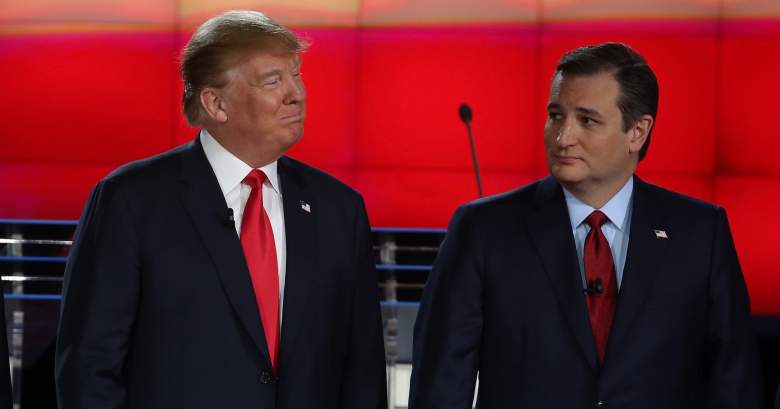 With a new poll out today and just 26 days from the Iowa caucus, what has felt like a marathon is quickly turning into a sprint, and every day is critical to the campaign. Frontrunners Donald Trump and Ted Cruz have begun massive ad campaigns in Iowa and New Hampshire, and others are on the road in one if the first two states trying to sway voters.

According to poll aggregator RealClearPolitics, Cruz edges Trump in Iowa, with Donald Trump holding the New Hampshire and national leads. Marco Rubio provides a strong challenge in both states and nationally, while the rest of the field holds a glimmer of promise in a still-open New Hampshire race.

Trump’s first major campaign ad (watch it above) comes as he tries to stop a major decline. Once the far-and-away frontrunner, the December averages put Trump at a 3.6-point deficit to Cruz (31 to 27.4 percent), with Rubio Still in striking distance at 11.6 percent and former polling runner-up Ben Carson at 9.2 percent, according to RealClearPolitics. The recent polls are fairly inconsistent: the last two show a nine-point Cruz lead and a dead heat between him and Trump. What the last month of polling does show is a steady hold on double-digit territory for Rubio and a steady decline from the 10 percent area to around 7 percent for Carson.

The betting markets, as aggregated by PredictWise, tell a much more consistent story: Cruz, the market’s pick for most of December, has risen to a 79 percent (and rising) favorite, with Trump falling from 27 to 17 percent over December and Marco Rubio seemingly out of the race at just 2 percent.

Cruz (seen above responding to Trump’s ad with his own) has not made up ground in New Hampshire the way he did in Iowa. Though RealClearPolitics’s December poll reports show a healthy rise into 12-14 percent territory, that’s only good for third place against Trump’s commanding 26.3 percent and Rubio’s 13.3 percent. The most recent polls aren’t all good news for Cruz, either: today’s Public Policy Polling release shows him falling from his 12% RealClearPolitics average to just 10%, good for a fifth-place tie with Jeb Bush at 10 percent, behind Trump (29 percent), Marco Rubio (15), Chris Christie, and John Kasich (11 each). Chris Christie’s all-in New Hampshire strategy is clearly paying off according to these latest numbers. The race remains pretty open, with RealClearPolitics averages for Jeb Bush (7.7), Ben Carson (5.3), Carly Fiorina (5), and Rand Paul (4) all within relative striking distance. (For context, eventual 2004 nominee John Kerry was 20 points behind around this point.)

The markets on PredictWise have responded to Trump’s clear polling lead with a rise from 36 percent at the end of December to 45 percent, though that’s still not an odds-on favorite and there’s plenty of fluidity left, especially once bettors know how Iowa shakes out. Rubio takes second in predictions at 18 percent, while Cruz falls to fourth with 14 percent. Christie’s solid polling bump has led to a rise from a late-December 10 percent to 14 percent (and third place), but Kasich’s similar polling doesn’t translate here, as he sits at 2%, leading the pack outside the top four. 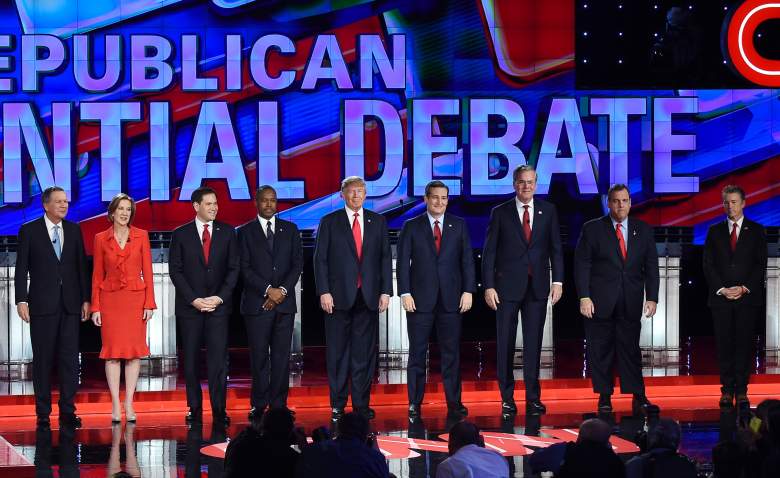 The “main” GOP field at the Las Vegas debate. (Getty)

Trump retains the national lead according to RealClearPolitics, though it’s important to remember that they’re not really predictive: each of the last three elections had a national-leading candidate who failed to secure the nomination.

The next two states after Iowa and New Hampshire, South Carolina and Nevada, are both leaning Trump at the moment in RealClearPolitics numbers, but things change in a heartbeat at this point in the season, and there’s still a long time before those states actually vote. Similarly friendly numbers for Cruz in California should be disregarded for the same reason, although as the first state poll in two months, it does provide an interesting snapshot of Cruz’s momentum.

The betting markets listed on PredictWise still like Rubio overall, although his numbers have fallen 2 percent since yesterday and 5 percent since mid-December. One reason may be that Cruz has closed substantially in the RealClearPolitics aggregation of polling matchups with Hillary Clinton, a metric that was once Rubio’s sole domain.