Donald Trump’s campaign manager, Corey Lewandowski, has been charged with misdemeanor simple battery in Jupiter, Florida, after a former Breitbart.com reporter accused him of grabbing her by the arm following a press conference on March 8.

Michelle Fields filed the complaint three days after the incident, and showed police her arm, police said. The investigating officer said he saw evidence of a “grabbing-type injury.” Fields told police she was trying to ask Trump a question when she was yanked backwards and caught herself before falling.

“Lewandowski grabbed (Michelle) Fields’ left arm with his right hand causing her to turn and step back,” according to the arrest report.

Trump continued to show support for Lewandowski after the arrest, tweeting, “Wow, Corey Lewandowski, my campaign manager and a very decent man, was just charged with assaulting a reporter. Look at tapes-nothing there! … Why aren’t people looking at this reporters earliest statement as to what happened, that is before she found out the episode was on tape?”

Jupiter Police released surveillance video that led to the arrest. It appears to show Corey Lewandowski grabbing Michelle Fields by the arm.

You can watch the video above or by clicking here.

The report filed by police can be read below or by clicking here:

Fields wrote about it on Breitbart.com, saying she never sought to become part of the story:

I wasn’t called upon to ask a question during the televised press conference, but afterwards Trump wandered around, stopping at every reporter to take their questions. When he approached me, I asked him about his view on an aspect of affirmative action.

Trump acknowledged the question, but before he could answer I was jolted backwards. Someone had grabbed me tightly by the arm and yanked me down. I almost fell to the ground, but was able to maintain my balance. Nonetheless, I was shaken.

The Washington Post’s Ben Terris immediately remarked that it was Trump’s campaign manager, Corey Lewandowski, who aggressively tried to pull me to the ground. I quickly turned around and saw Lewandowski and Trump exiting the building together. No apology. No explanation for why he did this.

She said Lewandowski was “out of line” and said there was no hint Trump was done asking questions. She later posted a photo of bruises left on her arm, which you can see below:

While the Trump campaign claimed there are were no witnesses or video showing the incident, Washington Post reporter Ben Terris wrote about what he saw Thursday:

As security parted the masses to give him passage out of the chandelier-lit ballroom, Michelle Fields, a young reporter for Trump-friendly Breitbart News, pressed forward to ask the GOP front-runner a question. I watched as a man with short-cropped hair and a suit grabbed her arm and yanked her out of the way. He was Corey Lewandowski, Trump’s 41-year-old campaign manager.

‘I’m just a little spooked,’ she said, a tear streaming down her face. ‘No one has grabbed me like that before.’

She took my arm and squeezed it hard. ‘I don’t even want to do it as hard as he did,’ she said, ‘because it would hurt.’ 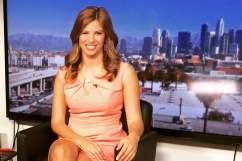 Trump camp statement on campaign manager charges: "he was not arrested…is absolutely innocent of this charge." pic.twitter.com/NI8Z6cRPez

Donald Trump and his campaign are sticking by Lewandowski.

In a statement issued after the charge was announced, the campaign said, “Lewandowski is absolutely innocent of this charge. He will enter a plea of not guilty and looks forward to his day in court. He is completely confident that he will be exonerated.”

Donald Trump’s campaign spokesperson Holly Hicks previously called the allegations “entirely false” in a statement. She added that she was there and didn’t witness the encounter, nor did any of their staff. She said the incident also wasn’t caught on camera.

“This individual has never met Corey, nor had the only reporter that supposedly identified him,” Hicks said. “There are often large crowds aggressively seeking access to Mr. Trump and our staff would never do anything to harm another individual, while at the same time understanding that Mr. Trump and his personal space should never be invaded.”

The Trump campaign has also questioned allegations made by Fields in 2011 against the NYPD. She said she was assaulted during an Occupy Wall Street protest.

In its statement, the campaign wrote, “This person claims she does not want to be part of the news, and only report it, however if that was the case, any concerns, however unfounded they may be, should have been voiced directly first and not via Twitter. … We leave it to others whether this is part of a larger pattern of exaggerating incidents, but on multiple occasions she has become part of the news story as opposed to reporting it. Recall she also claimed to have been beaten by a New York City Police officer with a baton.”

Lewandowski tweeted about Fields after the incident:

Michelle Fields is an attention seeker who once claimed Allen West groped her but later went silent. https://t.co/J86Ej42eYx

Lewandowski is represented by Florida attorneys Scott Richardson and Kendall Coffey. Coffey is a former U.S attorney who was forced to resign in 1996 after allegations that he bit a stripper at a night club.

3. Lewandowski Was Given a Court Date in May & Faces Up to 1 Year in Jail

Lewandowski stands at Trump’s right during a victory speech in Florida. (Getty)

Trump’s campaign said Lewandowski was not arrested, but was issued a notice to appear and was given a court date. He turned himself in Tuesday morning.

He is set to appear in court in May, police said.

Lewandowski could face a maximum sentence of 1 year in jail, along with up to 12 months probation and up to a $1,000 fine, according to Florida state law.

4. He Has Been Trump’s Campaign Manager Since He Announced His Run for President

Lewandowski stands behind Trump at a campaign event in Florida. (Getty)

Lewandowski is paid $20,000 a month in his role as Trump’s campaign manager. He first met Trump in 2014 at an Americans for Prosperity event in New Hampshire.

He told the Wall Street Journal he earned the job during a meeting with Trump. “Are you better than all the campaign managers out there?,” Lewandowski recalled Trump asking him. He told the newspaper he replied, “I think I am, and I’ll work harder than any of them.”

Lewandowski told the Lowell Sun, “If you don’t have the chemistry, it’s not going to work out, obviously. It wasn’t something that was planned but it was something that has been really exciting. I look forward to being part of the team through the election.”

According to Politico, some close to Trump have complained about Lewandowski, but the billionaire has stuck by him because of the success they’ve had. Politico also reported that Lewandowski has been accused of making inappropriate and vulgar comments on the campaign trail, including toward female journalists, and has a history of having a short temper.

Lewandowski told the Lowell Sun that Trump’s style is liberating.

“He’s a very passionate man and he loves his country,” Lewandowski said. “He knows it’s in trouble and he wants to do something about it.”

5. Lewandowski Has Also Been Accused of Grabbing a Protester During a Rally

Lewandowski was also seen on video grabbing a protester by the collar during a Trump rally in Arizona. Despite the video evidence, Trump’s campaign has denied Lewandowski put his hands on the man during the March 19 rally.

Here is Donald Trump's campaign manager in the Tucson crowd grabbing the collar of a protester. pic.twitter.com/JZ9RntWlHY

Trump was asked why his campaign manager was out in the crowd dealing with protesters.

“Because the security at the arena, the police, were a little bit lax,” Trump told ABC. “And he had signs, they had signs up, that were horrendous.”

Trump said it was “somebody else” that touched the protester.

“I give him credit for having spirit, he wanted them to take down those horrible, profanity laced signs,” Trump said Sunday morning. 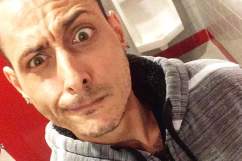