Police in Roselle, Illinois, posted a video to Facebook on Monday showing a car being driven with a large tree embedded in its hood on Facebook as a reminder to its resident to not drink and drive.

“A few weeks ago, a Roselle police officer saw a car driving southbound on Roselle Road with a 15-foot tree embedded in the front grill of the car,” police said. “After stopping the driver, he also noticed the airbags had been deployed (apparently from hitting the tree). After an investigation, the Roselle officer arrested the driver for Driving Under the Influence of Alcohol. Yet another reason why you should not drink and drive!”

You can watch the video below or by clicking here:

The 54-year-old woman has been identified as Maryann Christy, of Schaumburg, the Chicago Tribune reports. She was driving a 2004 Lincoln.

The incident happened on January 23 at 11:10 p.m., the Tribune reports. Christy told police she struck the tree somewhere in her hometown, but didn’t remember where, according to the Tribune.

The police department first posted photos of the car on March 4, but then added video on Monday:

Since we are new to Facebook, we were not quite sure what to expect from our post. We have received requests to post the video from this call. Some just didn’t believe it was true, so we have attached a short video of this call.

The first portion of the video is in slow-motion and shows the car traveling in the opposite direction; the second portion shows the officer trying to stop the car and then as he approaches the driver. Yes, it is true and it happened!

The video has been seen more than 230,000 times since it was posted. 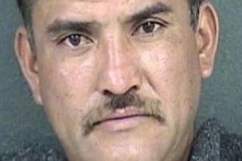