During his rally in Atlanta, Donald Trump floated the idea of holding talks with North Korean dictator Kim Jong-Un if Kim came to the U.S. to discuss his nuclear arsenal. However, Kim wouldn’t be completely welcomed in the U.S. like other world leaders. 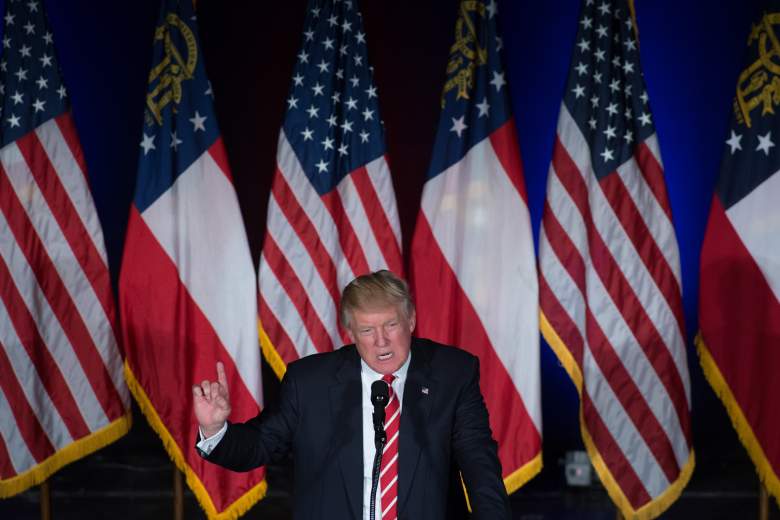 Donald Trump in Atlanta today suggested that he would talk with North Korea’s leader. (Getty)

“If he came here, I would accept him,” Trump said during the rally. “But I wouldn’t give him a state dinner like China, or all these other nations who are ripping us off.”

Trump said he would talk to Kim even if there was a “10 percent or a 20 percent chance that I can talk him out of those damn nukes.”

Trump is defending his willingness to talk to Kim Jong Un: "There's a 10% or a 20% chance that I can talk him out of those damn nukes."

“It is up to the decision of my Supreme Leader whether he decides to meet or not, but I think his (Trump’s) idea or talk is nonsense,” So Se Pyong, Pyongyang’s ambassador to the UN, told Reuters. “It’s for utilization of the presidential election, that’s all. A kind of a propaganda or advertisement. This is useless, just a gesture for the presidential election.” 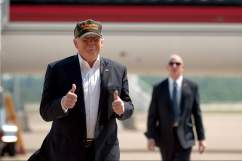 Donald Trump Calls for Surveillance of Mosques During Atlanta Rally

Loading more stories
wpDiscuz
0
0
Would love your thoughts, please comment.x
()
x
| Reply
During his rally in Atlanta today, Donald Trump said he would welcome North Korean dictator Kim Jong-Un to the U.S. for nuclear talks, but no state dinners.