A man holds a sign in support of the victims of the terror attack at gay nightclub Pulse on June 12, 2016 in Orlando, Florida. (Photo by Gerardo Mora/Getty Images)

A gunman killed 49 people and wounded 53 others in a shooting at Pulse, a gay nightclub in Orlando, early Sunday morning.

The victims were shot by Omar Mateen, a 29-year-old Florida man who had pledged his allegiance to ISIS. Mateen was then killed by police.

The city of Orlando has released the names of the victims killed in the terror attack.

“On this very difficult day, we offer heartfelt condolences to today’s victims and their families,” the city said in a statement. “Our City is working tirelessly to get as much information out to the families so they can begin the grieving process. Please keep the following individuals in your thoughts and prayers. #PrayforOrlando.”

After notifying all the families, the city said, “To the families and friends of the victims, your City is with you and will continue to be with you as you deal with this unimaginable tragedy.”

An official GoFundMe account has been set up to help the families. It has raised more than $2.6 million.

All 49 victims have been identified and their next of kin has been notified, the city says. You can click on each name for a photo and profile of the victim, if available: 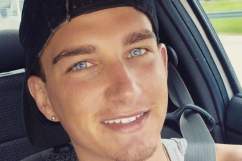 Loading more stories
wpDiscuz
16
0
Would love your thoughts, please comment.x
()
x
| Reply
The names of the victims of the Orlando terror attack are beginning to be released. 49 people were killed at Pulse, a gay nightclub. Here are their names.