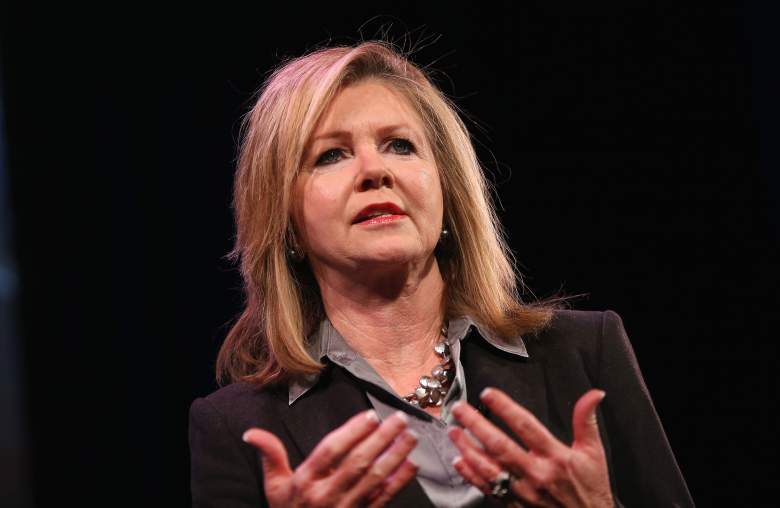 Blackburn has represented Tennessee’s 7th Congressional district since 2002 and her RNC bio states she has “dedicated her service to making America a more prosperous place to live.”

A 62-year-old married mother of two and grandmother, Blackburn began her professional career in sales and is now the owner of a promotion-event managing firm. She is a fiscal and social conservative who has pushed back against abortion and opposed the Affordable Care Act, or “Obamacare.”

Here is what you need to know about Blackburn:

1. Blackburn is Ranked ‘One of the Most Reliable,’ Conservative Republican Votes in Congress 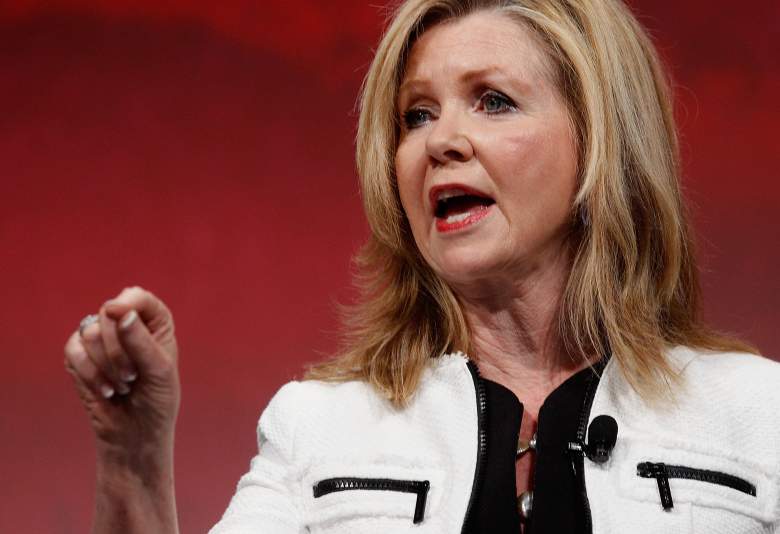 Blackburn speaks at the Defending the American Dream Summit. She is scheduled to speak during the 2016 GOP Convention’s final night. (Getty)

Ranked the 15th most conservative member of the U.S. House of Representatives, Blackburn, a GOP veteran, is also one of the most reliable Republican votes, open-data government-tracking website GovTrack reports.

In its 2013 and 2014 tracking reports, OpenCongress, which tracks votes with the majority, found Blackburn voted with Republicans 95.3 and 95 percent of the time, respectively.

Blackburn served in the Tennessee State Senate before joining Congress, where she “became known to Tennesseans for holding ‘Budget Schools’ both in her district and across the state; identifying waste, proposing realistic spending cuts, and offering solutions for a state in a budget crunch,” her legislative bio states.

2. She Fought an Abortion Bill by Showing a Picture of Her Grandson in Utero 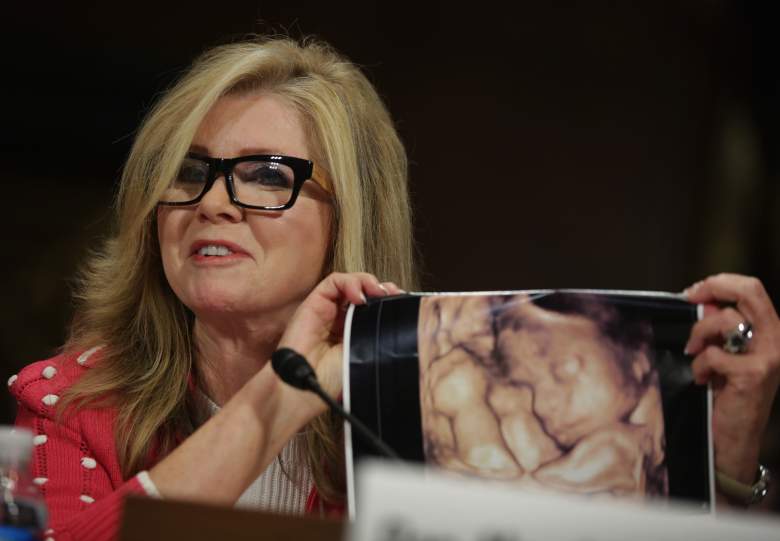 Blackburn holds up a sonogram picture of her grandson at a Senate hearing. (Getty)

A 2014 Democratic proposal to override most federal and state abortion bans was met with opposition by states-rights and pro-life Republicans, including Blackburn. The Tennessean showed the committee a sonogram of her unborn grandson, hoping to prove a point.

“This is the wonder of science,” Blackburn said. “I could see his arms and legs, I could see him peacefully resting in his mother’s womb.”

Blackburn added: “Our Constitution does not put a qualifier on life. The pursuits of ‘Life, Liberty, and the Pursuit of Happiness'” include “the mother’s womb.”

Blackburn was tapped by House Republican leadership to manage the debate of a GOP-backed House bill to ban abortions after 20 weeks of pregnancy. Her appointment came after Rep. Trent Franks (R-Arizona) made comment in a House Judiciary Committee meeting that “the incidence of rape resulting from pregnancy is very low,” according to Bloomberg News. 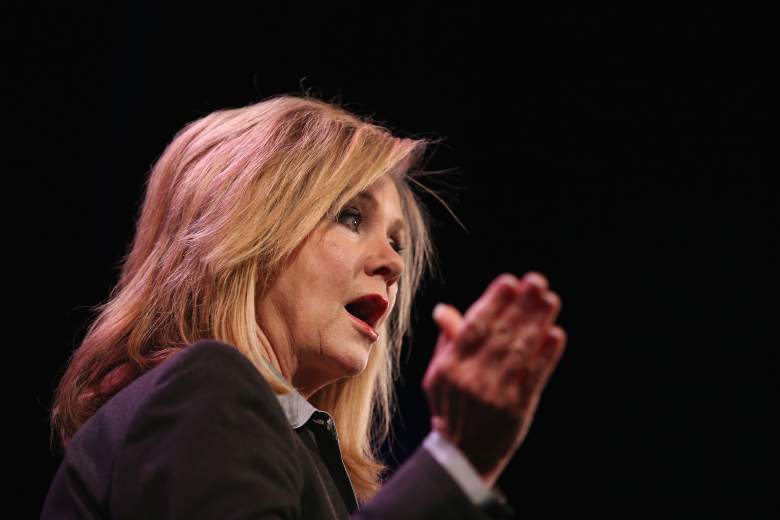 Blackburn, who spoke at both the 2008 and 2012 Republican National Conventions, joined the 2016 line-up to ‘Make America One Again’ (Getty)

Blackburn is a veteran at the GOP National Convention, both on stage and off. She was named a delegate in the 1992 convention — and has addressed the national Republicans during the past two Presidential elections.

She supported Sen. John McCain and Gov. Sarah Palin in their unsuccessful bid for the White House in 2008. During that year’s GOP convention in St. Paul, Minn., Blackburn touted Palin as a fresh voice in Washington.

“Vice President Sarah Palin is going to be the most action-oriented problem-solving revolutionary second-in-command this country has ever known,” Blackburn said to applause. “My fellow Tennesseans and I already know and respect John McCain, and we love his straight talk and his unyielding sense of honor. And last night, my NASCAR dads fell in love with Alaska’s hockey mom.”

Blackburn’s support for the McCain campaign came after she initially supported Gov. Mitt Romney, and then jumped to support Sen. Fred Thompson, a fellow Tennessean.

Blackburn’s speech at the Tampa, Fla., 2012 Republican National Convention was focused on the GOP platform, according to the Commercial Appeal. “She said the platform was a ‘remarkable exercise in grass-roots democracy’ and shows the party’s pledge to ‘create the millions of jobs we need in order to get America back to work,'” the newspaper reported.

The candidate that year was Romney, who felt “shellshocked” after a loss to President Barack Obama.

Named by Trump as a headliner for Thursday night’s closing session — “Make America One Again” — Blackburn has discussed the energy of the 2016 convention, the votes against Trump, Melania Trump’s speech (“You have to wonder what the speechwriter was thinking.”) and her hopes for a Republican administration in the White House. 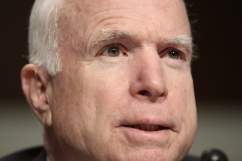 4. Blackburn’s Net Worth is About a Half-Million 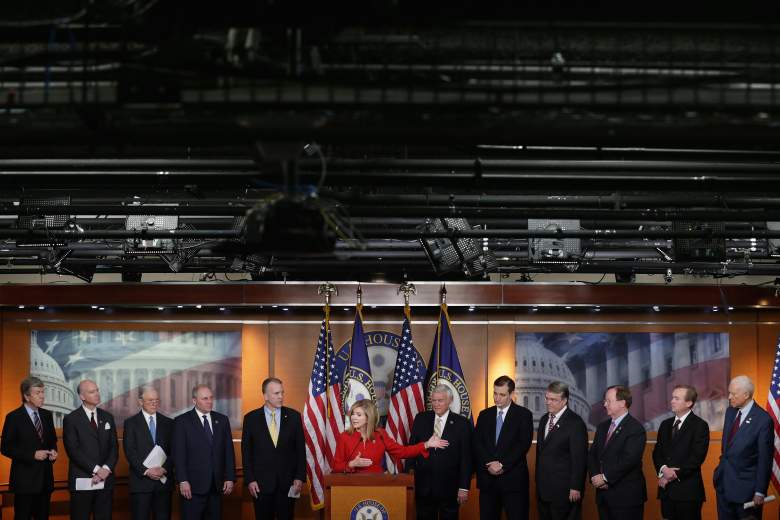 Blackburn at a news conference. (Getty)

The Center for Responsive Politics’ OpenSecrets.org lists Blackburn’s 2015 net worth at $456,513. Of the 435 members of the House, Blackburn is ranked 280th.

The base annual salary for a member of Congress, including Blackburn, is $174,000. 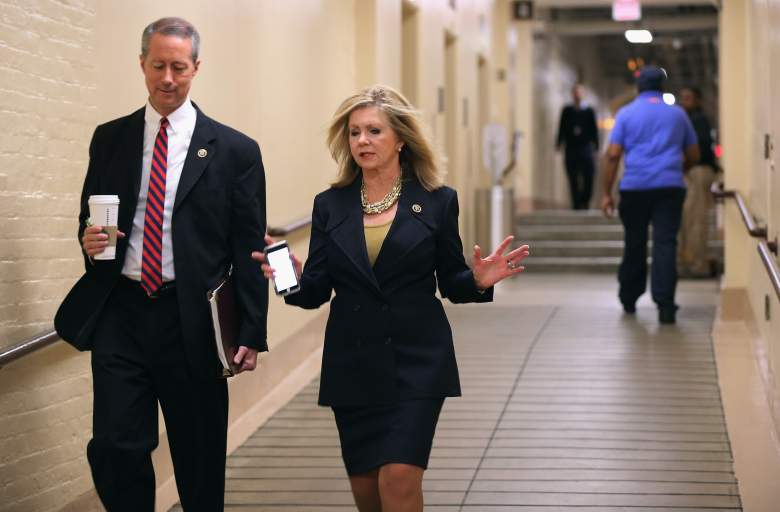 Blackburn, who is a Mississippi native, and her husband, Chuck, from Texas, live in Brentwood, Tenn., a suburb of Nashville in Williamson County, Tenn.

Chuck Blackburn is a sales executive who founded the International Bow Tie Society. Chuck is a lifelong bow tie fan, saying, “Bow ties are not a passing fancy, but a statement of individuality.”

The Blackburn couple has two children, Mary and Chad, who are married to Paul Ketchel and Hillary Blackburn, respectively. They also have two grandsons. 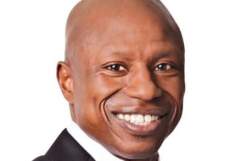