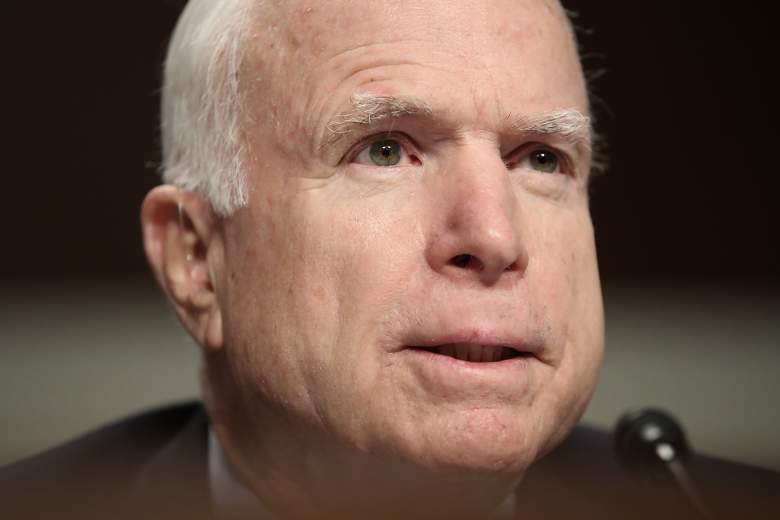 Arizona Senator John McCain told reporters today that he holds President Barack Obama “directly responsible” for the terrorist attack in Orlando, Florida that killed 49 people. The gunman was Omar Mateen, who was killed by a SWAT team, but not before he called 911 and declared allegiance to ISIS.

The Washington Post reports that McCain made the comment when asked by reports about the gun control debate after a marathon filibuster in the Senate by Democrats.

“Barack Obama is directly responsible for it, because when he pulled everybody out of Iraq, al Qaeda went to Syria, became ISIS, and ISIS is what it is today thanks to Barack Obama’s failures,” McCain said.

McCain tweeted that he “was referring to Pres Obama’s national security decisions that have led to rise of #ISIL, not to the President himself.”

To clarify, I was referring to Pres Obama’s national security decisions that have led to rise of #ISIL, not to the President himself

McCain issued another statement, in which he said he “misspoke” and did not mean to imply that Obama was directly responsible for the shooting.

McCain, who is up for reelection in November for a sixth term, also stood by his belief that Obama should not have pulled troops from Iraq and needed to be more active in the Syrian civil war. While investigators have found that Mateen was interested in speeches by Abu Bakr al-Baghdadi, who he mentioned in his 911 call, they have not said if Mateen had a direct link to ISIS.

Donald Trump has also appeared to suggest that Obama might be sympathetic to terrorists. On Wednesday, Trump tweeted a link to a Breitbart story about a memo on early intelligence on the Syrian civil war. As the Washington Post points out, the memo notes that the Islamic State’s predecessor was one of the groups fighting Syrian President Bashar al-Assad and backed by “Western countries, the [Persian] Gulf states and Turkey.”

An: Media fell all over themselves criticizing what DonaldTrump "may have insinuated about @POTUS." But he's right: https://t.co/bIIdYtvZYw 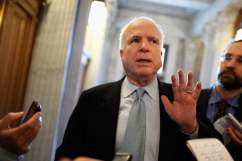 Loading more stories
wpDiscuz
3
0
Would love your thoughts, please comment.x
()
x
| Reply
After Donald Trump seemed to suggest that Obama might have something to do with the Orlando terror attack, John McCain held Obama "directly responsible."