A 27-year-old Google employee who went missing after leaving her mother’s house in Massachusetts was found naked and burned in a wooded area Sunday night and police are investigating whether she was raped before she was killed, Fox 25 News reports.

Vanessa Marcotte, a New York City resident, was visiting her mother in Princeton when she went for a run Sunday afternoon, MassLive.com reports. Her family reported her missing after she didn’t return home. Her body was found about 8:20 p.m. and police determined her death was a homicide.

An autopsy was being performed Monday by the Massachusetts Office of the Chief Medical Examiner, Worcester County District Attorney Joseph Early Jr. said at a press conference. “A preliminary review of the body has led the detectives to believe that this is a homicide investigation.”

He said Massachusetts State Police detectives and Princeton Police are still in the early stages of the investigation.

“It is still less than 24 hours since the homicide occurred,” Early said Monday. When asked if there were any visible signs of injury on Marcotte’s body, Early told reporters, “Our professionals, our detectives, crime scene services, Princeton and state police, what they observed led them to believe that ‘yes, this is a homicide investigation.’ And I can’t go any further than that at this point.”

No arrests have been made.

1. Marcotte Was Found Nude in the Woods Near Her Mother’s Home With Burns to Her Head, Feet & Hands, Police Sources Say

Vanessa Marcotte was found dead about 8:20 p.m. in a “heavily wooded area” about a half-mile from her mother’s home, WBZ-TV reports. Her body was found by a Massachusetts State Police K9.

Marcotte was found nude, and had burns to her head, hands and feet, WCVB-TV’s Juli McDonald reports, citing police sources close to the investigation.

NECN also reports that Marcotte was found “naked and burned.” Her body was set on fire, WHDH-TV reports.

Marcotte had last been seen on Brooks Station Road and police say the investigation suggests she was killed sometime between 1 p.m. and 4 p.m. Sunday.

Police have not released any details about how Marcotte was killed.

“We have a horrible set of facts, a horrible set of circumstance here right now, and we’re going to do everything we can to make sure this investigation is carried out, every groundball is run out, every i is dotted, with regards to this,” Worcester County District Attorney Joseph Early Jr. said at a press conference.

He would not comment when asked by a reporter about whether an arson investigation unit was at the scene. He also said he could not get into any circumstances of an “abduction or assault,” when another reporter asked if Marcotte had been “raped and burned.”

“Her family reported her missing, it was unlike her to be gone for an extended period of time,” Early told reporters. “Phone calls were made to the Princeton Police.” The Massachusetts State Police were asked to assist in the investigation by local police and a search was begun, Early said.

2. Police Did Not Release Any Information About a Possible Suspect & Say ‘We Don’t Know if This Was a Random Act’

Authorities did not release any information about a possible suspect or suspects at a press conference Monday morning.

They urged the public to be cautious, according to MassLive.com.

“We don’t know if this was a random act,” District Attorney Joseph Early Jr. said. “We are asking the residents of Princeton and surrounding areas to use an abundance of caution. We are asking the public to be careful and to be vigilant. … This was a woman who was out walking and jogging on a rural road, we’re asking people in town to use an abundance of caution. If that means traveling with other people if you’re out, if you’re going to be running or jogging, we’re asking people to do that.”

Princeton Police Chief Michelle Powers said, “We are concerned about the safety of our town residents and the visitors that enter our town. We would ask people to pay attention to their surroundings. If you see anything suspicious or out of place, please contact the Princeton Police Department or the Massachusetts State Police. If you’ve seen anything in the past 24 hours that appeared suspicious or out of the ordinary, please contact us.”

Powers and Early asked for the public’s help, saying anyone who was in the area where Marcotte was killed or anyone who saw anything suspicious on Sunday should call the Massachusetts State Police tip line at 508-453-7589, state police detectives at 508-832-9124 or Princeton Police at 978-464-2928.

Early said there is “nothing at this point” connecting Marcotte’s death to the slaying of another New York jogger, Karina Vetrano, who was found dead near her home in Queens, New York, last week.

3. She Was Originally from Massachusetts & Graduated From Boston University in 2011

Marcotte was originally from Leominster, Massachusetts, which is about 20 minutes north of Princeton, where her mother now lives.

She attended the Bancroft School, a private prep school in Worcester. Marcotte then graduated with honors from Boston University in 2011 with a degree in communications.

“I am a Public Relations major with an extreme interest in all things Internet-savvy. To get a little technical, I am passionate about business strategies like SEO, Analytics and Inbound Marketing (just to name a few) and hope to develop these skills further and make them a focus in my future career,” she wrote on Cheap Grapes, a blog about wine she started while still at student at BU.

Colin Riley, executive director of media relations at BU, told ABC News, “We’re so terribly sad for her family and friends. They’re in our thoughts and prayers.” 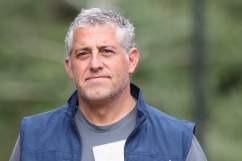 4. She Has Worked as an Account Manager for Google Since January 2015

Marcotte has worked as an account manager for Google in its healthcare division since January 2015, according to her Linkedin profile. She moved from Boston to New York City to start the new job.

“Vanessa Marcotte was a much loved member of the Google team, working in our New York office for the last year and a half, and known for her ubiquitous smile, passion for volunteer work, and love of Boston sports,” Google said in a statement. “We are deeply shocked and saddened, and our thoughts are with her family and friends.”

Before working for Google, Marcotte was a marketing specialist and senior marketing associate at Vistaprint in Boston.

Vistaprint said in a statement, “We are shocked and heartbroken to hear the news about Vanessa. She was always incredibly friendly and positive, and her smart, creative and innovative approach to work made a huge impact here at Vistaprint. She truly cared about those around her and always made an effort to forge strong relationships. Our thoughts are with her family and friends during this difficult time.”

She has also worked for WordStream and NPWS, Inc.

Vanessa Marcotte (right) at the wordstream company party. This is unbelievably terrible. Our hearts are broken. pic.twitter.com/yObsuW45X3

Marcotte was also a volunteer, working as a tutor for Tutoring Plus of Cambridge.

She was an avid runner, and had taken part in the Falmouth Road Race in 2012 and 2014 as a member of the Dana-Farber Institute’s team to raise money for cancer research, according to the Worcester Telegram. 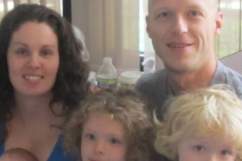 5. Marcotte’s Death Is the First Homicide in Princeton in Nearly 30 Years, the Police Chief Says

Marcotte’s death is the first homicide in the small Massachusetts town of Princeton in nearly 30 years, Police Chief Michelle Powers said at a press conference.

Princeton, located in Worcester County, is about 60 miles west of Boston. The town has a population of about 3,400 people.

“Please use an abundance of caution,” District Attorney Joseph Early said when asked what he would say to concerned residents of the town. “We don’t know if this is a random act, we’re asking you to be very careful. Right now we have an active homicide investigation going on, you can’t be too careful. People should be concerned. Keep their eyes open, keep their ears open. Anything they see or hear, please notify us as soon as possible. … You can’t be too careful right now.”

Early said “for our detectives, for the police, this is one of the toughest parts of their job. Right now the family is going through an awful lot.”

The town’s chief, Powers, said she has never seen a crime like this in her 27 years running the department and is worried, according to the Worcester Telegram.

Loading more stories
wpDiscuz
70
0
Would love your thoughts, please comment.x
()
x
| Reply
A 27-year-old Google employee and New York resident was killed near her mother's home in Princeton, Massachusetts, in what police are calling a homicide.