A gunman shot two Philadelphia-area police officers – ambushing one as she sat in her squad car – and four civilians in a chaotic and bloody night for Philly and American law enforcement.

“We have an individual who just walked up to a” police car and “started firing unprovoked,” police said in an early Saturday morning news conference. According to NBC Philadelphia, Commissioner Richard Ross said police found a letter from the gunman that “contained ramblings about his hatred for police officers and named a specific parole officer as a target.”

1 @PhillyPolice Sgt, 1 Penn Officer, 4 innocent civilians shot by an individual driven by hatred. #senseless
Pray for them & their families

The gunman was identified by police as Nicholas Glenn, 25, a career criminal they say was driven by hatred. You can learn more about Glenn here.

NBC Philadelphia said one of the officers, a female sergeant, Sylvia Young, 46, was ambushed and shot while sitting in her squad car. Fox 29 described the scene as “chaotic” and said the other officer shot, Eddie Miller, 56, was a University of Pennsylvania officer who is a retired Philadelphia police officer.

Police radio of the moments after Sgt. Young was shot and as officers cornered the gunman. https://t.co/KgVuE4YU4d pic.twitter.com/2ThlN8namZ

In a news conference, Police Commissioner Richard Ross said the gunman walked up to the female sergeant’s car and “just fired. He didn’t say anything.” She heard about 15 shots, police said in the news conference, and she was struck at least eight times, saved by a bulletproof vest. “She is very, very fortunate. Unfortunately, there are some civilians not in good shape at all. One or two are in the ER right now.” Police said they believe the situation is isolated to the one gunman.
Philly.com said that a civilian, a female, shot has now died. CNN said the woman, 25, was shot seven times in the torso as she sat in a car.

In a news conference, police painted a convoluted series of events with a single gunman randomly shooting at strangers. They said the gunman first shot into a bar, using a female as a shield. Then, the gunman shot multiple times into a car, critically injuring a male and female civilian, and then continued to an alley. There, a gun battle ignited with police.

The gunman was then shot by police and was dead at the scene. Police said they had a lot of unanswered questions about what they termed a “bizarre” situation. Police said four civilians and two police officers were shot overall – seven people if you count the gunman. “We have no idea what started this, what motivated this individual,” the police commissioner said at the news conference, adding that authorities had not yet identified the suspect in the early morning hours of September 17.

In the news conference, the mayor said the city was blessed that the officers had lived but said it was a “terrible, scary night” and the civilians were in bad shape. University of Pennsylvania police said their officers heard the assist call come in. Later in the evening, the Penn officer shot was able to crack jokes.

A video journalist for ABC 6 said the sergeant was ambushed, and shared a photo of bullet holes in the squad:

Bullet holes through @PhillyPolice sgt. Window as he was ambushed. @6abc pic.twitter.com/zxcnEY0AEu

ABC 6 said the officers were alert and talking at the hospital early on September 17. CBS News said the female officer was shot in her vest, and the male officer in the hand.

ABC said one suspect was killed and a search was on for other suspects, but it later turned out there was only the one gunman.

Reporters said there was a multi-block search area:

Philadelphia was not the only American city to see officers injured on September 16.

Across the country, two Fort Worth, Texas police officers were shot after responding to a 911 call that led them to a dead body in a home. They were expected to live, according to an early morning post from Fort Worth police, and were in the hospital in stable condition. The suspect in those shootings is also deceased.

Then came news that the two police officers were shot in Pennsylvania. People captured dramatic scenes of massive police response to the area where the shootings occurred in West Philly:

NBC 10 reported that the two Philadelphia police officers were shot in West Philadelphia around 11 p.m. on September 16. Initial reports just said one civilian was also shot. ABC 6 said the shootings occurred around 11:20 p.m. near 52nd and Spruce streets and that there was “also some reported activity at 50th and Sansom streets.”

Philadelphia Now reported on Twitter, “Police shut down West Phila – 47th to 53rd, Pine to Market after shooting of Sgt. No one in or out.”

The motive was not yet clear. One report said the injured Philly officers were a female sergeant and a University of Pennsylvania police officer.

Stay turned as this page will be updated as news comes in. 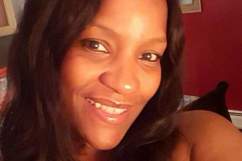 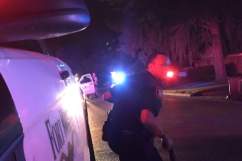