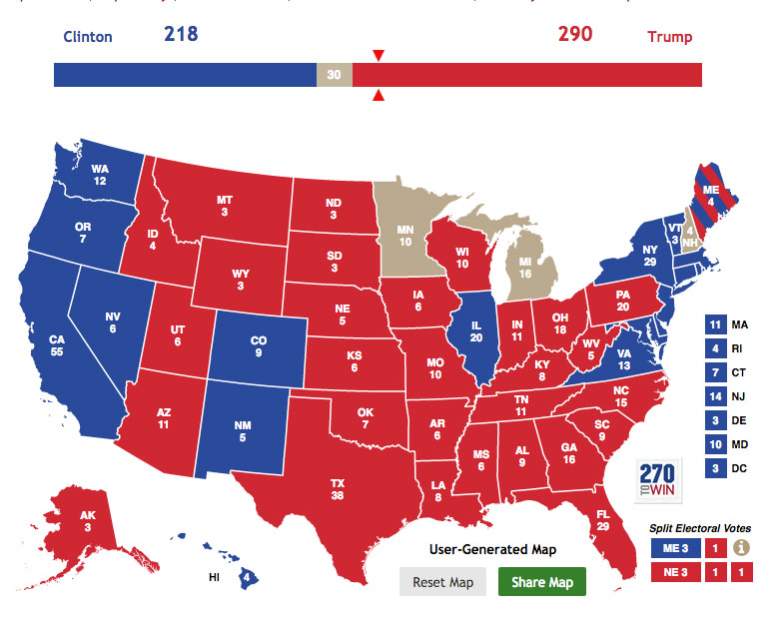 Map courtesy of 270towin.com. Projections are from NBC News and Decision Desk HQ.

In one of the biggest upsets in United States history, Donald Trump stunned Hillary Clinton Tuesday night to win election as America’s 45th President. Clinton has called and conceded the election to Trump.

Trump, who stunned the political world by winning the GOP primary in a field that included 17 candidates, entered Election Day trailing by at least 3 percentage points in national polls and as an underdog in virtually every election forecast. But the Manhattan real estate tycoon rode huge margins among white voters to an upset.

Trump’s victory could represent a big upset for Democrats, President Barack Obama’s legacy, and, in many ways, the political establishments in both parties. Trump won despite failing to gain the endorsements of any of the past three GOP nominees for President, and despite widespread criticism from elected officials in his own party, including House Speaker Paul Ryan.

Here’s a breakdown of the states won by each candidate:

States That Are Too Close to Call 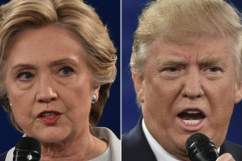 When Do the Polls Close in Each State? 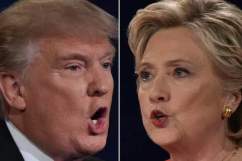 You can see the electoral map and results in Spanish at our sister site, Ahora Mismo, at the link below: