A South Carolina state lawmaker who made headlines for his defense of the Confederate flag in the wake of the 2015 Charleston church shooting is accused of assaulting his wife and pointing a gun at her after he was “caught cheating,” police say.

State Representative Chris Corley was arrested on felony charges at his home in Graniteville, the Aiken Standard reports.

The Aiken County Sheriff’s Office says Corley, a Republican, is accused of assaulting his wife while his children, ages 2 and 8, were at home. Corley also got a gun and pointed it at his wife while threatening to kill her and himself, police said. His 37-year-old wife was not seriously injured.

Corley, 36, could be suspended from his position in the state House if indicted on the felony charges, The State reports. He was arrested on warrants, not a grand jury indictment, a step that would come later in the judicial process.

House Speaker Jay Lucas is monitoring the situation and “if and when an indictment is issued, the speaker will take the necessary action to comply with the law and maintain the dignity of the House of Representatives,” Lucas’ spokeswoman, Caroline Delleney, told The State.

1. Corley’s Wife Told Police He Only Stopped Hitting Her Because ‘He Heard the Kids Screaming’ & ‘Noticed the Blood’ Coming From Her Head

Corley’s wife told police he “hit her in the face with his fist,” after he was “caught cheating,” according to the Aiken County Sheriff’s Office incident report, posted online by FITSNews.com.

She also told the deputies he “threatened to kill her” while two of their children were present.

“The victim stated that the subject only stopped (hitting her) because he heard the kids screaming and he noticed the blood coming from the (victim’s) head,” according to the incident report.

Corley’s wife said he then went to a car and got a handgun, came back inside and told her was “going to kill himself,” before going into his bedroom, according to the report. His wife fled to her mother’s house across the street with her kids.

Corley told deputies he got into a “verbal argument” with his wife because she thought he “was cheating on her.”

He said his wife “attempted to strike him in the fact with his fist, and he pushed the victim off of him.” He also said she “scratched him in the forehead,” while trying to hit him.

The deputy said in his report he “observed red marks” on Corley’s forehead. Corley’s wife was not arrested. He was taken into custody and spent the night at the Aiken County Detention Center.

“There was an investigation that was initiated and the result is that he was arrested. Everyone’s going to be treated the same way,” Aiken County Sheriff’s Captain Eric Abdullah told WRDW-TV.

Police said alcohol was involved in the incident, which remains under investigation.

“We still have a lot of groundwork to go through,” Abdullah told WJBF-TV. “Even though we’ve made an arrest, this was an incident that’s still fresh. There’s still a lot of pieces we have to put together to complete this investigation.”

2. He Sent a Christmas Card to Fellow Lawmakers Last Year Calling Their Vote to Remove the Confederate Flag a ‘Betrayal’

Corley made headlines in 2015 when he defended the Confederate flag in the wake of the Charleston church shooting. South Carolina Governor Nikki Haley sought a special session to have the controversial flag taken down from outside the State House in Columbia after it was revealed to be a symbol used by the church shooter, Dylann Roof.

Corley called for a statewide vote on the flag, and criticized his fellow lawmakers for voting to have the flag removed.

He called for a white flag of surrender to replace the flag, according to The State.

In December of that year he sent a Christmas card featuring the flag to other members of the House. The front of the card, which you can see above, showed the Confederate flag flying before its removal. On the back, Corley wrote a message chastising the recipients:

May your Christmas be filled with memories of a happier time when South Carolina’s leaders possessed morals, convictions and the principles to stand for what is right.

How fortunate each and every one of us are that our Lord and Savior Jesus Christ chose to be born into this miserable world. His sacrifice was difficult, but the best decisions are not always the easiest ones.

May you have a blessed and happy Christmas, and may you take this joyous time as an opportunity to ask forgiveness of all yours sins such as betrayal

In a statement to the Associated Press, Corley said the card was sent to fellow Republicans as a joke, while Democrats were to receive a card with a photo of his children.

“If somebody’s feelings are legitimately hurt about that Christmas card, I think that might speak more to their conscience than the content of the card,” Corley told the AP.

Corley told The State, “It’s supposed to get people to think about why you are up there. You’re there to represent the will of the people. You’re not up there to be royalty. They betrayed the will of their constituents.”

The South Carolina lawmaker has also frequently clashed with Haley, according to FITSNews.com. 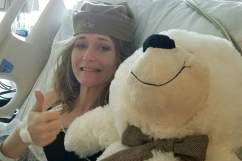 3. He Once Questioned Whether a Law Barring Abusers From Owning Guns Would Prevent Future Domestic Violence

Corley, who was first elected in 2014, questioned whether stricter domestic violence laws, especially those involving barring abusers from owning guns, would be effective, in an interview with the Aiken Standard previewing his first session in the House.

Corley did vote for the domestic violence bill in 2015 and it was signed into law by Governor Nikki Haley that same year, The State reports. The law, criticized by some Republicans as a “gun grab,” according to The State, created new tiers of domestic violence in which most offenders are barred from possessing firearms for 10 years, according to the newspaper.

The state’s Republican Party chairman told the Charleston Post and Courier he hopes the case can quickly work its way through the justice system.

“I trust the legal system to deal with these disturbing charges against Rep. Corley in a timely manner,” he said in an email to the Post and Courier. “Until then, our thoughts and prayers are with his wife and children.”

“Domestic violence and abuse is not something to politicize or take lightly,” party Chairman Jaime Harrison told the Post and Courier. “Today’s disturbing news reminds us that our state has a lot more work to do to eliminate the scourge of domestic violence, which claims the lives of more than 40 South Carolina women every year.”

4. Corley – an Attorney Who Has 3 Kids & Has Married Since 2004 – Was Re-Elected After Running Unopposed This Year

Corley and his wife have been married since 2004 and have three children, according to his biography on the state’s website.

He graduated from the University of South Carolina law school in 2008 and works as an attorney in Augusta, Georgia, for the John Mixon & Associates law firm.

According to his profile on the firm’s website, Corley previously worked as a political director and field lobbyist for the Associated Builders and Contractors.

Corley ran unopposed and was re-elected to the State House this year.

He was first elected to the District 84 seat in November 2014, defeating Democrat Rosie Berry according to WAFB-TV. Corley replaced longtime lawmaker Roland Smith, a Republican who retired after holding the seat for more than 20 years. He won with about 64 percent of the vote, the news station reported at the time.

“The 84th District like a lot of South Carolina is going to be dealing with infrastructure problems,” Corley said after winning the election. “We’ve got to deal with our roads and bridges. They are starting to collapse. One thing that’s going to be directly related to is our budget and how we spend our money. We have to be more fiscally sound in Columbia. We need to be less dependent on federal dollars and we need to have the money in case we have one time expenses.”

5. He Was Released on Bail & Faces Up to 15 Years in Prison if Convicted of the 2 Felony Charges

Corley was released from custody on $20,000 bail, the Aiken Standard reports.

Magistrate Judge Melanie James DuBose told Corley he will not be able to possess firearms while out on bail and is also barred from contacting his wife, the Standard reports. He will be allowed to drive to and from Augusta, Georgia, where he works as an attorney, according to the newspaper.

His attorney, believed to be a family member, did not comment and refused to give his name after Corley’s first court appearance on Tuesday, The State reports. Corley is due back in court on February 10. 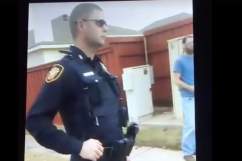 Loading more stories
wpDiscuz
10
0
Would love your thoughts, please comment.x
()
x
| Reply
A South Carolina state lawmaker known for his defense of the Confederate flag is accused of assaulting his wife and pointing a gun at her.