Neil Gorsuch is President Donald Trump‘s Supreme Court nominee. He will testify before the Senate Judiciary Committee on March 20 and will likely be asked about his views on abortion and where he stands on Roe v. Wade.

Gorsuch is currently a judge of the United States Court of Appeals for the Tenth Circuit, which includes the districts of Colorado, Kansas, New Mexico, Utah and Wyoming, as well as the Eastern, Northern and Western districts of Oklahoma. Unlike William Pryor, who was reportedly on Trump’s shortlist, Gorsuch’s views on abortion are not well defined. In fact, one pro-life activist accused him of not being pro-life enough.

However, Karen Middleton, executive director of NARAL Pro-Choice Colorado, told the Denver Post that they consider Gorsuch pro-life. “Colorado has a long, bipartisan history of supporting reproductive rights. Judge Gorsuch does not reflect the will of our state or the constitutional rights of American women and we would oppose his nomination,” she said.

Indeed, in his response to Gursich’s nomination, Democratic Senator Patrick Leahy said that nominating Gurshich was Trump “making good” on the promise to appoint a judge who would overturn Roe v. Wade.

The 49-year-old Denver native has served as a federal judge since August 2006 and was appointed by President George W. Bush. He’s a strong originalist, believing that the Constitution should only be interpreted as the Founding Fathers intended. He is also a visiting professor at the University of Colorado Law School.

Here’s a look at Gorsuch’s views on abortion and his writings that might show how he thinks on the subject.

1. Gorsuch Wrote That the ‘Overwhelming Addiction’ to Using the Courtroom to Debate Social Policy is ‘Bad for the Country’

As CNN noted on January 25, Gorsuch has never written an opinion on Roe v. Wade. However, he has made it clear that he doesn’t like seeing the courts used to decide social policy.

In a 2005 National Review article, Gorsuch wrote that he agreed with Washington Post columnist David von Drehle that liberals rely in the courts too much to made social policy. While he admitted that decisions like Brown v. Board of Education “secured critical civil-right victories,” he believes many of these decisions should be made by voters, not by judges.

This overweening addiction to the courtroom as the place to debate social policy is bad for the country and bad for the judiciary. In the legislative arena, especially when the country is closely divided, compromises tend to be the rule the day. But when judges rule this or that policy unconstitutional, there’s little room for compromise: One side must win, the other must lose. In constitutional litigation, too, experiments and pilot programs–real-world laboratories in which ideas can be assessed on the results they produce–are not possible. Ideas are tested only in the abstract world of legal briefs and lawyers arguments. As a society, we lose the benefit of the give-and-take of the political process and the flexibility of social experimentation that only the elected branches can provide.

In the op-ed, Gorsuch never mentions abortion, instead writing that the courts are being relied upon “as the primary means of effecting their social agenda on everything from gay marriage to assisted suicide to the use of vouchers for private-school education.”

2. Gorsuch Notes In His Book on Assisted Suicide That There’s ‘No Constitutional Basis’ for Putting a Mother’s Life Ahead of the Child’s 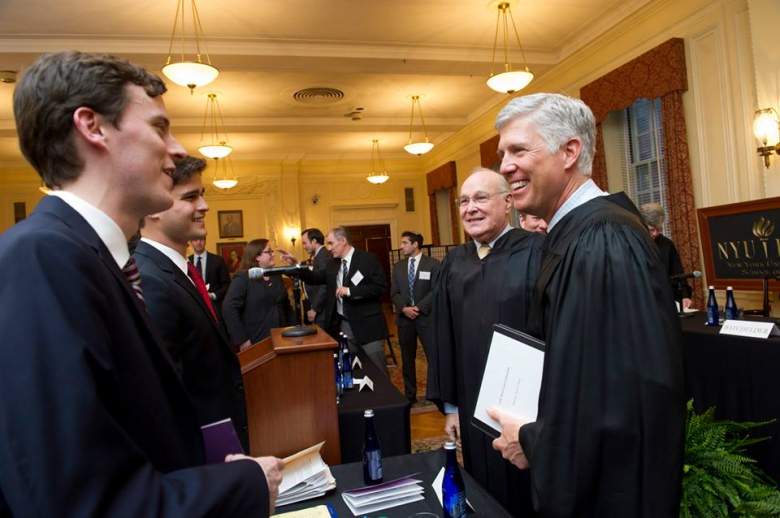 In his book, The Future of Assisted Suicide and Euthanasia, Gorsuch makes an observation on Roe v. Wade. He notes that if, in the decision, the Supreme Court definied the fetus as a “person” as outlined by the 14th Amendment, it wouldn’t have legalized abortions. There is not a “constitutional basis” for putting the life of the mother ahead of the child’s.

In Roe, the Court explained that, had it found the fetus to be a “person” for purposes of the Fourteenth Amendment, it could not have created a right to abortion because no constitutional basis exists for preferring the mother’s liberty interests over the child’s life.

In ch. 9, Gorsuch gets to his own arguments on the intrinsic value of human life, and its correlation to equal treatment under the law. 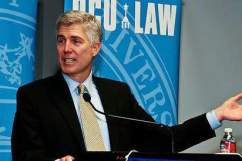 3. Pro-Life Activist Andy Schlafly Thinks Gorsuch Would ‘Probably Not Be Pro-Life’ on the Supreme Court

In late November, Andy Schlafly, the pro-life activist and son of the late Phyllis Schlafly, put Gorsuch on his list of Supreme Court nominees who probably wouldn’t overturn Roe v. Wade or be pro-life on the Supreme Court.

Schlafly cited the fact that Gorsuch is an Episcopalian. The Episcopalian Church’s statement on abortion notes that it is opposed “to any legislation on the part of the national or state governments which would abridge or deny the right of individuals to reach informed decisions in this matter and to act upon them.”

However, as the National Review points out, the synopsis for Gorsuch’s book notes that he is always against intentional killing.

“After assessing the strengths and weaknesses of arguments for assisted suicide and euthanasia, Gorsuch builds a nuanced, novel, and powerful moral and legal argument against legalization, one based on a principle that, surprisingly, has largely been overlooked in the debate–the idea that human life is intrinsically valuable and that intentional killing is always wrong,” the synopsis reads.

4. Gorsuch Is a Strong Supporter of Religious Freedom, Siding with Hobby Lobby

Gorsuch believes in a broad definition of religious freedom, which could provide a look at how he would rule in a case dealing with abortion. Gorsuch played a role in the landmark Burwell v. Hobby Lobby Stores, Inc. case in 2013, before it reached the Supreme Court and was decided the following year. The Supreme Court ultimately sided with Hobby Lobby and the Court ruled that closely held for-profit companies can be exempt from a law its owners object to on religious grounds. Hobby Lobby wanted to be exempt from the Affordable Care Act’s contraception mandate.

As ABC News notes, Gorsuch sided with Hobby Lobby. “The ACA’s mandate requires them to violate their religious faith by forcing them to lend an impermissible degree of assistance to conduct their religion teaches to be gravely wrong,” he wrote in 2013.

Gorsuch dissented and wrote his own opinion in October, insisting that the case should have been re-heard. Gorsuch wrote:

Respectfully, this case warrants rehearing. As it stands, the panel opinion leaves litigants in preliminary injunction disputes reason to worry that this court will sometimes deny deference to district court factual findings; relax the burden of proof by favoring attenuated causal claims our precedent disfavors; and invoke arguments for reversal untested by the parties, unsupported by the record, and inconsistent with principles of comity. Preliminary injunction disputes like this one recur regularly and ensuring certainty in the rules governing them, and demonstrating that we will apply those rules consistently to all matters that come before us, is of exceptional importance to the law, litigants, lower courts, and future panels alike. I respectfully dissent.

Loading more stories
wpDiscuz
7
0
Would love your thoughts, please comment.x
()
x
| Reply
Neil Gorsuch is one of President Donald Trump's potential Supreme Court nominees. He does not have a defined stance on abortion, although he leans pro-life.